Get your bets ready as we would probably witness yet another amateur boxing match. It looks like YouTuber and amateur boxer Logan Paul has found his next possible opponent with former National Football League (NFL) star Antonio Brown.

Wait; what? So how exactly a YouTube content creator ended up with a possible boxing fight with a professional American Football player? Let us backtrack a little bit.

Logan Paul is a YouTube star now with 20.1 million subscribers on the video-sharing platform. He started making noise with his viral comedy sketches on Vine and eventually ventured to daily vlogs on YouTube.

The 24-year-old content creator had his own fair share controversies, some of which are when he made videos showing off cold dead bodies in Japan's famous suicide forest, tasering two dead rats for a vlog, and a video pretending to give a fish some CPR.

In early 2019, Paul expressed interest in professional boxing and had his first match with fellow YouTuber KSI in November. Although he lost the game with KSI, Paul said that he is looking into pursuing a professional boxing career outside making YouTube videos. 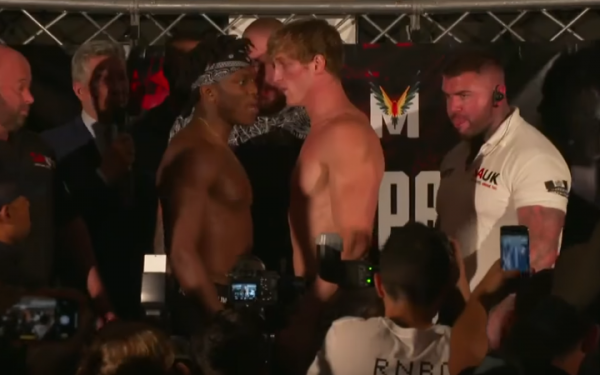 Despite his lack of experience and recent defeat with KSI, Paul has also openly challenged UFC fighter Conor McGregor to an MMA fight. In an interview with TMZ at the Los Angeles International Airport, Paul said: "I think it'd be dope to see one of us fight McGregor." It is an idea supported by his brother, Jake Paul.

Meanwhile, Paul's feud withBrown started when he straightforwardly said that he wanted to fight the former NFL wide receiver in a boxing match during his interview with KFC Radio last December.

"Antonio Brown, I wanna fuck you up," were Paul's exact words during the interview.

.@LoganPaul has an opponent in mind for his next fight, and that man is @AB84 “Antonio Brown, I wanna fuck you up” Ding. Ding. Listen to the full interview here:https://t.co/OevKBI57HK pic.twitter.com/U3ux0pslUB — KFC Radio (@KFCradio) December 23, 2019

A few weeks after the said interview went viral, Brown casually tweeted "square up," tagging Paul. The YouTuber-turned-amateur-boxer promptly responded with, "I'd drop you faster than the patriots."

Paul's response is a direct throw of shade on the former New England Patriots receiver who was released by his team amidst rape allegations. At the moment, Brown is left jobless despite the NFL playoffs.

Brown faces controversy after gymnast Britney Taylor accused him of rape and sexual assault. According to reports, Brown and Taylor were former classmates at Central Michigan University in 2010. Brown denied the allegation and filed a countersuit of defamation to Taylor.

With one dealing with a recent boxing match lost and the other being jobless and in the middle of sexual assault allegation, what could possibly go wrong?

Do you think Logan Paul vs. Antonio Brown will happen anytime soon? For now, let us enjoy these guys' virtual punches on social media.

Tags: Logan Paul Antonio Brown boxing match NFL. youtube
© 2021 EnStars.com All rights reserved. Do not reproduce without permission.
Most Popular
You May Also Like

Floyd Mayweather will face embarrassment regardless of his fight result against Logan Paul.

Logan and Jake Paul know Floyd Mayweather is a powerful man. Mayweather, who has a net worth of $450, with his huge bodyguards and that amount of money, who wouldn't be?

Floyd Mayweather is ready to fight whoever dares him.

Logan Paul and Floyd Mayweather Jr. are getting in the boxing ring for an exhibition match in February, but the early predictions are not good for the famed YouTuber.

Floyd Mayweather Jr. has set his eyes on Youtube star Logan Paul and is determined to "destroy" him.

Floyd Mayweather is reportedly coming out of his retirement to face the notorious Youtube star Logan Paul.