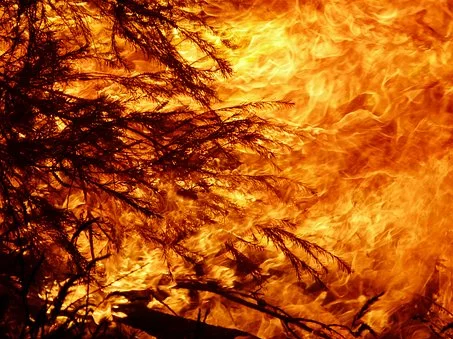 Ellen DeGeneres is knocking on the hearts of those who have something to spare, starting a GoFundMe campaign in hopes to raise $5 million dollars.

All the donations from this fundraiser will go to the Australian Red Cross for the ongoing bushfire relief efforts, as well as to WIRES, Australia's largest organization focused on wildlife rescue and conservation.

Ellen has always been known for her good deeds and this time, she has offered her hand to help raise funds for Australia amidst the catastrophic fires that have greatly affected the East Coast.

The talk show host has announced on "The Ellen DeGeneres Show" this week that she has started a $5 million GoFundMe campaign. The goal is to raise enough funds to help the residents, firefighters, and animals of Australia as the problem on the bushfires continue.

The Australian Red Cross and WIRES will be the main recipient of the funds that will be collected. The humanitarian aid and charity on community services will truly benefit from this new funding.

DeGeneres openly spoke about how much she loved the country. In fact, she loved it so much that she even married an Australian. Her wife, Portia de Rossi, 46, is a natural-born Australian.

Moreover, the Talk show host emphasized how much help Australia needs. She noted that the bushfires have been going on for four months and it continues to eat a huge part of Australia's natural resources. With the record-breaking heat that it comes with, the residents of the cpountry find themselves at huge health risks for the fire and smoke exposure.

"Thousands of homes have been destroyed by the fire," DeGeneres said.

Although there is truth to this, the more pressing concern is the huge portion of the country that has been devastated by the continuous fire. Thousands of people have been displaced because of the fire and many lives have been lost. Reports say that millions of animals and plants have died in the fire and the number continues to grow.

Nearly one-third of the habitat has been destroyed by the fire. "It will take years for Australia to rebuild what was lost," DeGeneres said.

The country needs help. Since she started the GoFundMe campaign on Tuesday, more than $1.1 million have already been raised. More than 13,000 donors from all over the world have given their share.

A huge part of the donation came from Shutterfly. The United Airlines have also given $250,000 and Starbucks has shelled out $50,000. A spokesperson from GoFundMe has confirmed to PEOPLE that the donations have poured in from all 50 states of the US, including neighboring countries like Canada.

Donations from Germany and Great Britain, too, have come in and the funding continues to climb.

Ellen wrote on Thursday how amazed she was of the viewers of her show. She also expressed her gratitude to everyone who has responded to her GoFundMe campaign.

DeGeneres has joined a long list of celebrities who have pledged their share to help combat the devastation that hit Australia.  Nicole Kidman and husband Keith Urban, Kylie Jenner, Chris Hemsworth, Elton John and Shawn Mendes are among those who have donated to the cause.

Celeste Barber, a comedian, has helped raised a whopping $32 million from a fundraiser on Facebook recently.

The massive amount of devastation and the growing number of fatalities has indeed brought sadness all over Australia and the rest of the world. But with each little step to help, everyone remains hopeful that all will be well again.