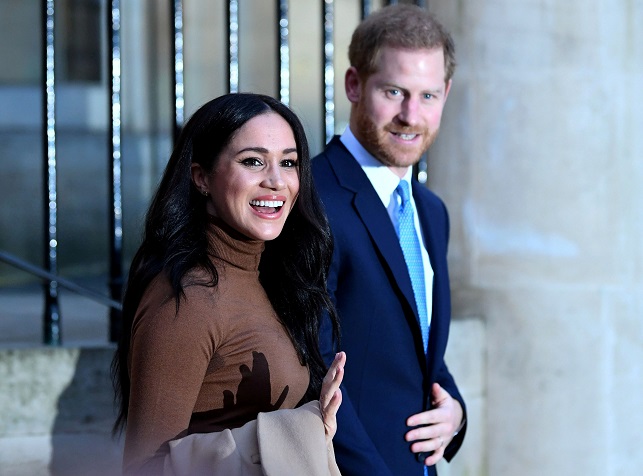 Prince Harry and Meghan Markle came back to London after a six-week hiatus with a bombshell announcement. Taking a break certainly have given them enough time to think about what they want for the future, and it appears the royal couple is ready to write their own story.

The Duke and Duchess of Sussex recently announced that they have decided to take a step back as "senior members" of the royal family. They also added that they will be dividing their time between the U.K. and North America, prioritizing their child, Prince Archie, their family life, as well as their health and other personal goals.

The royal couple expressed their desire to carve a new yet progressive role in the Royal Family. They aim to be financially independent, citing the outdated ceremonial procedures, intense media scrutiny, and mental health issues as the main concerns that prevent them from continuing their duties as senior members of the royal family.

Since the announcement, there has been a great backlash. Royal correspondents have commented on the rift created between the couple and the rest of the royal family. The lack of consultation prior to their decision has made it even more intense.

Many have also expressed their disappointment with the couple, citing how they are unable to deal with the responsibilities that come with the great privilege they have been given.

Amidst all the scrutiny Harry and Meghan have been receiving following their announcement, Rutger Bruining -- in his experience as a professional storyteller and CEO of the biography writing services Story Terrace -- believes that the decision of the Duke and Duchess of Sussex is simply how the members of the Royal Family should continue on into the challenges of the 21st century.

"It may be difficult for a lot of people to understand Prince Harry and Meghan Markle at the moment, but this move of theirs only shows that the monarchy is susceptible to change," Bruining said. This may be their form of adaptation to the evolution of society.

Over the past few years, there has been a lot of people who have broken the status quo, putting their destiny in their own hands. Carving out a path for themselves have not always been accepted with open arms, but those who did it found themselves at their happiest.

According to the documented studies of Story Terrace, the people who have broken tradition have the least regrets in their lives.

While the decision of the Duke and Duchess of Sussex was rather significant in terms of how the royal family would survive, people should keep an open mind. It is difficult to stay mad at what they have done when they only chose to take care of their son's well-being and their mental health.

More importantly, they are out to work to improve the lives of many around the world through their charitable endeavors.

The decision made by Prince Harry and Meghan might be the best for the Royal Family. It may serve as a reminder that although traditions are important, it is also valuable that people know how to keep up with the times and taking on new challenges.

Their absence as senior members of the royal family may bring about challenges in the beginning; however, these can be seen as part of the growth of the Royal Family moving forward into the future.