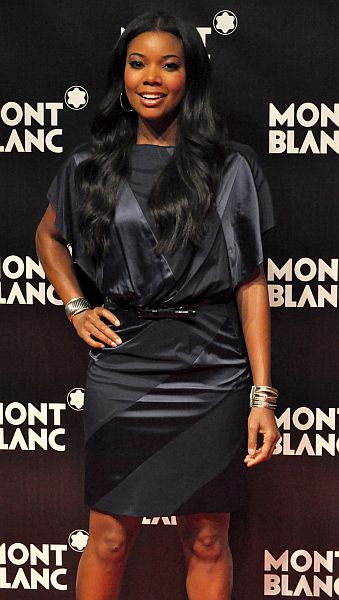 NBC has finally released a statement about the controversial firing of Gabrielle Union from "America's Got Talent."

There is an ongoing investigation on the allegations raised by Union and the results are set to be released by the end of January.

It was in mid-November of last year when the news about the firing of Julianne Hough and Gabrielle Union broke out. Both judges joined Season 14 of AGT in February of 2019, replacing spots vacated by former judges Heidi Klum and Mel B.

However, an announcement came out that the two -- Hough and Union -- will not be joining the rest of the AGT team on the opening of its 15th season. Although no reason was given, speculations have been made as to why the two have been fired.

The sudden announcement from the management of AGT stirred up controversy as Union spoke of racial insensitivities on the set of the show. She cited several occasions when she was told to fix herself or dress differently because her style was "too black" for the show.

Moreover, although Union has already given her statement and wished everyone in AGT all the best, NBC still went on with its internal investigation.

During the Television Critics Association press tour on Saturday, President of NBC Entertainment Paul Telegdy said that the show is currently under serious investigation. He added that the least they want is for any practice of racial discrimination to be present in the production.

"The lawyers are handling the investigation," Telegdy revealed. He said that he cannot speak more of it, but the management is hopeful that everything will be cleared by the end of this month. Although there were no formal complaints filed against the network or the show, the investigation continued.

Despite the reports that show AGT's mistreatment of Union and Hough, Telegdy still notes that the competition is still as "magnificent" as it has ever been. He described it as the show that truly brings about a huge change in people's lives.

A report that came out from Variety in Nov. 26 claimed the while still working on the show, Union expressed concerns about a joke made by guest judge Jay Leno. Although it was later edited out of the episode, Union was disappointed as to how her complaint was handled.

In the same report, both Hough and Union were said to be subjected to what can be considered as "excessive notes," especially concerning their physical appearances. Although Hough denied that she has had any negative experience while working on the show, later, she expressed her support to Union.

On Dec. 4, Union revealed that she had sat down on a meeting with the producers and management of the show to discuss her concerns. In particular, they talked about the instances she felt there was racial insensitivity. She also revealed that she told them of the "toxic culture" in the show.

The producers Fremantle and Syco Entertainment owned by Simon Cowell openly spoke to Union and reassured her that an investigation was going to be put in place.

In a joint statement from Fremantle, Syco Entertainment and NBC, they said that they remain committed to ensure a respectful workplace for all their employees. They reassured the public that any complaints will be properly dealt with and that appropriate steps will be taken to deal with the situation.

While the past cannot be changed, everyone remains hopeful that the controversy and the investigation will come out with a positive resolution.