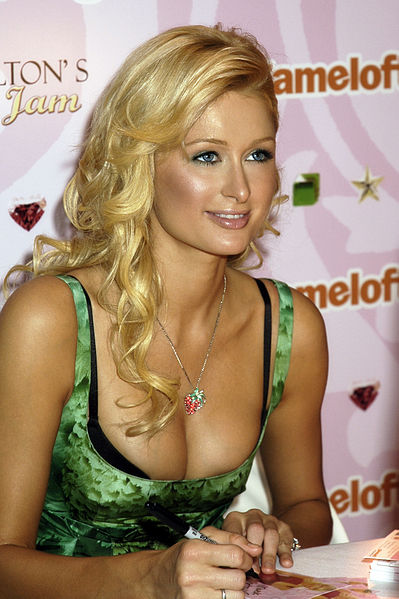 Will Paris Hilton be settling down this year? The model and business tycoon is said to be "extremely serious" about her relationship with her new beau, Carter Reum.

"Carter comes from a very solid family and is very down to earth too," a source close to the couple told Us Weekly. The source added that a proposal and a wedding could happen fast.

The entertainment news outlet also confirmed that Reum and Hilton, both 38, were officially together when they were spotted making out in an after-party of the Golden Globes 2020. According to an onlooker, the two were at the party and were totally over each other.

"They did not look like they were hiding their relationship," the onlooker said.

More than a year after Paris called off her engagement with Chris Zylka, the "Simple Life" alumna came out to flaunt her relationship with the VEEV Spirits businessman.

At that time, a source told Us Weekly that Hilton felt her relationship with Zylka did not feel right anymore. The singer said that it felt like they were not meant to be together.

Chris and Paris made their relationship official through Instagram in February of 2017. In November of the same year, they called it quits and called off their engagement, too.

During her first interview after the split on The Talk, Hilton said that she was doing good and "just really enjoying my time for myself." The heiress also admitted that she falls in love too fast and too hard before saying she considers her love affair with Chris as a whirlwind romance, seemingly implying that it came too fast and was not meant to last.

Despite the breakup, back then, Paris still looked forward to getting married and having children in the future.

Coming from a bad breakup, Paris promised to focus on improving herself and her work. When asked about why she broke off her engagement with Chris, she honestly answered that "it felt like marrying at that time wasn't the right decision."

More than a year since her last relationship, it looks like Paris has finally moved on. Could Carter Reum be the one?

Sources close to the couple said that the two are extremely serious about their relationship. In fact, it has reached the stage where Reum is already preparing for the proposal. Sources added that the marriage of the two will be coming very soon.

While Paris may be serious about the new guy she is dating, she has also kept herself busy with work. In fact, she recently launched a new YouTube series entitled "Cooking With Paris."

In the video she posted online, the 38-year-old socialite can be seen showing her followers how to make her famous version of the "lasagna."

Hilton's YouTube Channel is full of videos where she can be seen trying out different clothes, shopping and having a good time attending different music festivals. Her fans are excited to see if the singer would be shifting to posting more videos of her cooking.

Is this her way of preparing for the married life? It could be.