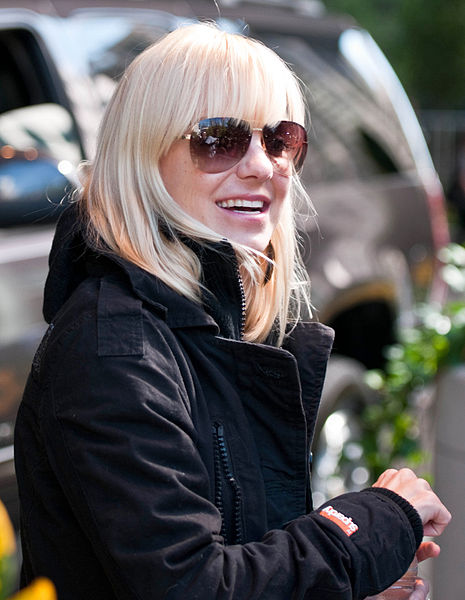 Anna Faris and Michael Barrett are taking their relationship to the next level.

The two have been rumored to be dating since 2017. The couple was spotted looking happy together on Tuesday, as they were out and about just a day after Anna Faris' "Mom" co-star Allison Janey confirmed that the two were engaged.

Though Faris was very careful to keep her left hand covered with her sweater sleeve, the two were seen strolling around Los Angeles looking relaxed and simply happy.

Barrett, a cinematographer by profession, and Faris met in 2017 when they both worked for the film "Overboard." They were first spotted dating in September of 2017.

Although the two never really talked about the status of their relationship and kept everything private, everyone around them knew that they were special for each other.

Janney, 60, revealed to the "US" magazine that Faris, 43, and Barrett, 49, have been engaged for a long time. "They wanted to keep it quiet, but we celebrated the engagement a long time ago," Janney spilled.

Janney, who plays the role of Faris' mother in the comedy series "Mom," revealed they had no idea that Barrett was going to propose until they saw the ring one day.

The 60-year old actress recalled that she walked into the room to talk to Faris about the lines for the show when she saw the ring on her finger. She asked her what the ring meant and she looked like she was just waiting for everyone else to notice and ask. That was how they found out.

Earlier this year, Faris spoke to divorce attorney Laura Wasser in her "Divorce Sucks!" Podcast. She was asked about her views about marriage. The actress was also asked if there were any "wedding bells" in the future with Barrett.

"I believe in love and monogamy and the commitment that you put in a relationship," Faris confidently said. However, she added that she is struggling to see the value in the union of two people in marriage, as she admitted that she has gone through it a couple of times in the past, but never really worked out.

The actress told Laura that "it is the idea of our legal system that puts a huge question mark on the value of marriage." After which, Anna Faris confessed that her struggle with it has reached the feminist level.

The engagement news first came out in November when Faris was seen with a massive diamond ring on her left finger while she was in Los Angeles. In the photos obtained by TMZ, Faris neither confirmed or denied the rumors that she is already engaged to be married to Barrett.

Anna Faris used to be married to Chris Pratt until they announced their split in August 2017 after eight years together. Their divorce was finalized only in November 2018. The two share a seven-year-old son, Jack.

Before Pratt, Faris was also married to another actor Ben Indira from 2004 to 2008. It also ended up in a divorce.