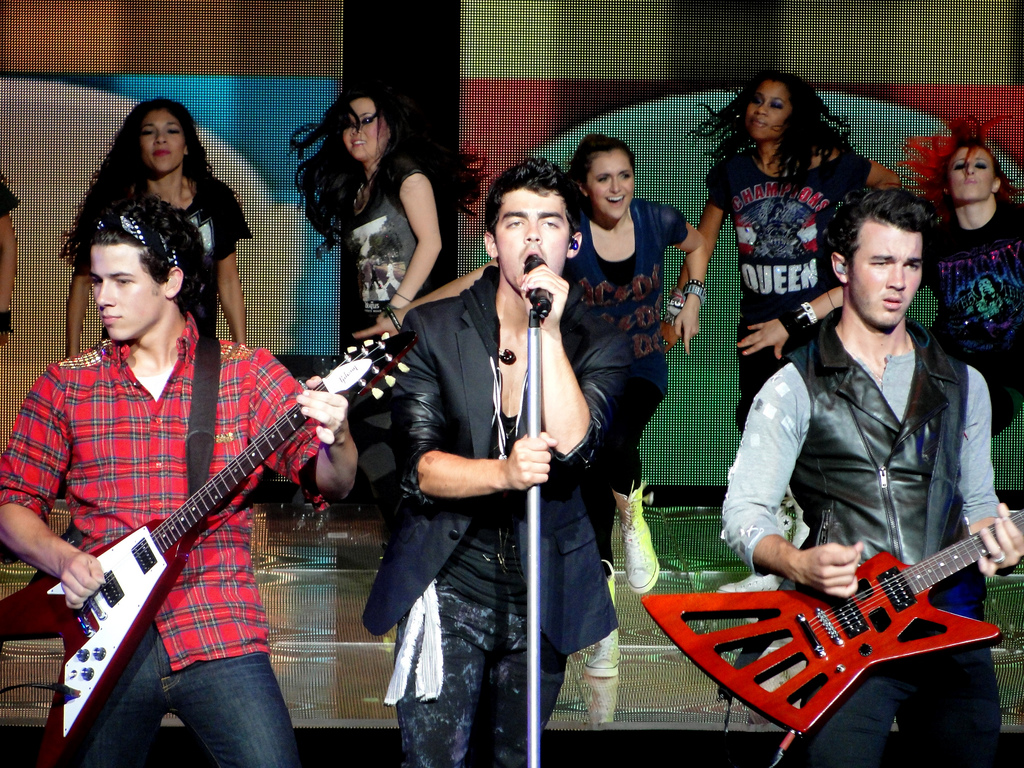 It was a typical Friday morning when every one of us is sipping our coffees, reading the morning papers, finishing all the errands, and getting ready to wrap the weekend with open arms ... not until the Jonas Brothers invade our social media newsfeed without their pants.

Nick Jonas, Joe Jonas and Kevin Jonas once again treated fans with another feel-good music after releasing their new single called "What a Man Gotta Do." And as if a well-written groovy song is not enough, they also decided to launch it with their official music video featuring their burlesque selves and their equally adorable wives, Priyanka Chopra, Sophie Turner and Danielle Jonas.

Lyrically, Jonas Brothers' first hit of the decade is about a man who wants to express his full commitment to the woman he is with. "What a man gotta do? To be totally locked up by you," the chorus line reads.

If you are getting some throwback vibes while watching the music video, it is because director Joseph Kahn decided to give fans some parody-filled music film as a tribute to three cinema classics such as "Risky Business," "Grease" and "Say Anything."

Nick opened the music video sliding on the scene wearing only an off-pink button-down shirt paired with high socks while he portrays Tom Cruise's role as a prostitute-loving teen. He then recreated the iconic dance scene from the film "Risky Business."

His wife, Priyanka, on the other hand, came to the picture as someone who seems so attracted to her pants-less husband (because who isn't, duh?). Later on, the 37-year-old actress joined him in an almost matchy white button-down shirt.

Meanwhile, Joe and his wife Sophie transformed into the roles of the teen couple Danny Zuko and Sandy Olsson from the 1978 adaptation of the broadway musical, "Grease."

Joe is looking dapper in 70s-inspired fuchsia pin button-down under a blazer, while the "Game of Thrones" actress pulled of two roles as Olivia Newton-John's wholesome cheerleader and her bad-girl. Sophie also pulled double-duty as the wholesome Sandy in white puffy-sleeves dress and her bad-girl makeover wearing a black wig and a leather jacket.

Jonas Brothers' lead guitarist Kevin, meanwhile, pretended to be Lloyd Dobler and recreated the lovelorn kickboxer's iconic scene of serenading his ex-girlfriend (played by Danielle) with a boombox.

Kevin also made fun of the iconic scene by showing a destroyed tape in the cassette player and used his mobile phone to play the song instead.

While Nick has been a total stripper since the start of the music video, Joe and Kevin did not let the opportunity pass and also stripped down their pants and showed off their tight-white underwear.

It is not the first time that the Jonas Brothers enlisted their wives to play a part in their music video. Last year, Priyanka, Sophie and Danielle also made an iconic appearance on the music video of the brothers' comeback song "Sucker."

Director Kahn was also kind enough to give fans some behind-the-scene snippets showing the Jonas couples having fun while filming the music video.