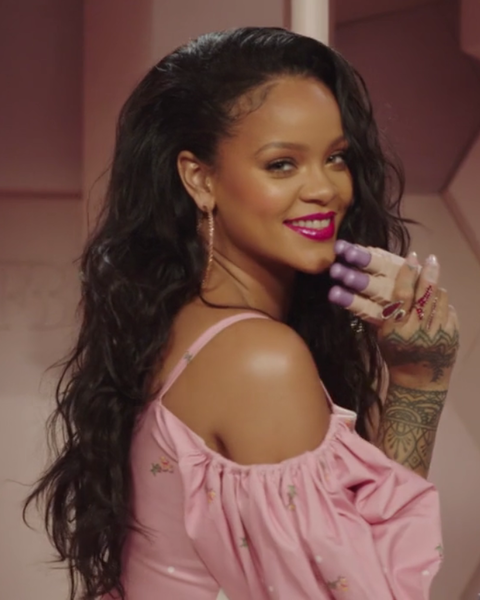 Rihanna and Hassan Jameel have reportedly broken up after nearly three years of being together.

The End of An Era

New music is usually the top news when it comes to the land of RiRi. However, this time, it has nothing to do with music, but a lot to do with broken hearts.

Rihanna is no longer dating her billionaire boyfriend Hassan Jameel, according to the report released by Us Weekly.

The 31-year-old singer-actress and Hassan Jameel have reportedly parted ways after dating for more about three years. At the moment, the two have yet to confirm or deny the allegations that they have broken up.

All what people know at the moment is that the two are done. Details of when, why, and how it happened have yet to be released. Has Drake reached out to her yet? That remains to be clarified as well.

The "We Found Love" singer rarely talked about her love life. As much as she could, she kept everything private.

One of the few times when Rihanna spoke of Hassan was when she confirmed that she was "in-love" though she did not say anything about getting married, settling down, or starting a family anytime soon.

When asked about her plans for their relationship, she told Interview magazine that "only God knows that."

Sources close to the couple revealed that they used to gush about the relationship between Rihanna and Hassan. They described the relationship as something "fun and wild," yet they also said that the dynamics between the two were serious.

An insider told Cosmo that the two "understand each other very well and their personalities blend well together." They are both so different, but it is the kind of difference that worked wonders for them.

As much as she could, the "Take A Bow" artist tried her best to keep her love life private. In fact, it was in 2017 when news broke that Rihanna might be dating Hassan after they were spotted getting steamy with a lot of PDA while on vacation in Spain.

The two were caught kissing while grabbing coffee. The pictures obtained by PEOPLE did confirm that RiRi might be in a relationship. People did not care who Hassan was until they found out that he was a billionaire.

In December of 2017, rumors of a possible engagement of RiRi to Hassan surfaced after Rihanna was spotted wearing a huge diamond ring on her finger. However, sources told PEOPLE that Hassan had nothing to do with the ring and it was Rihanna who wanted to wear a massive ring to make a statement.

Moreover, rumors about their breakup surfaced when they were photographed arguing in 2018. Rihanna clarified the issue by posting a photo on Instagram and emphasizing that arguments sometimes happen because people think they know more about the World Cup.

At some point, their secret relationship had to be out in the open. In her Vogue profile, Rihanna admitted that she was in an exclusive relationship for some time already. The best part is that RiRi is happy because it seems to be going so well.

Moreover, although tying the knot with Hassan was far from her mind, Rihanna already had a wedding dress designer in mind. Her dream wedding gown would be a collaboration of her artistic style and that of John Galliano, she revealed to Vogue.

Sadly, all the secrecy and the happy revelation had to come to an end. This marks the end of the singer's most private relationship.