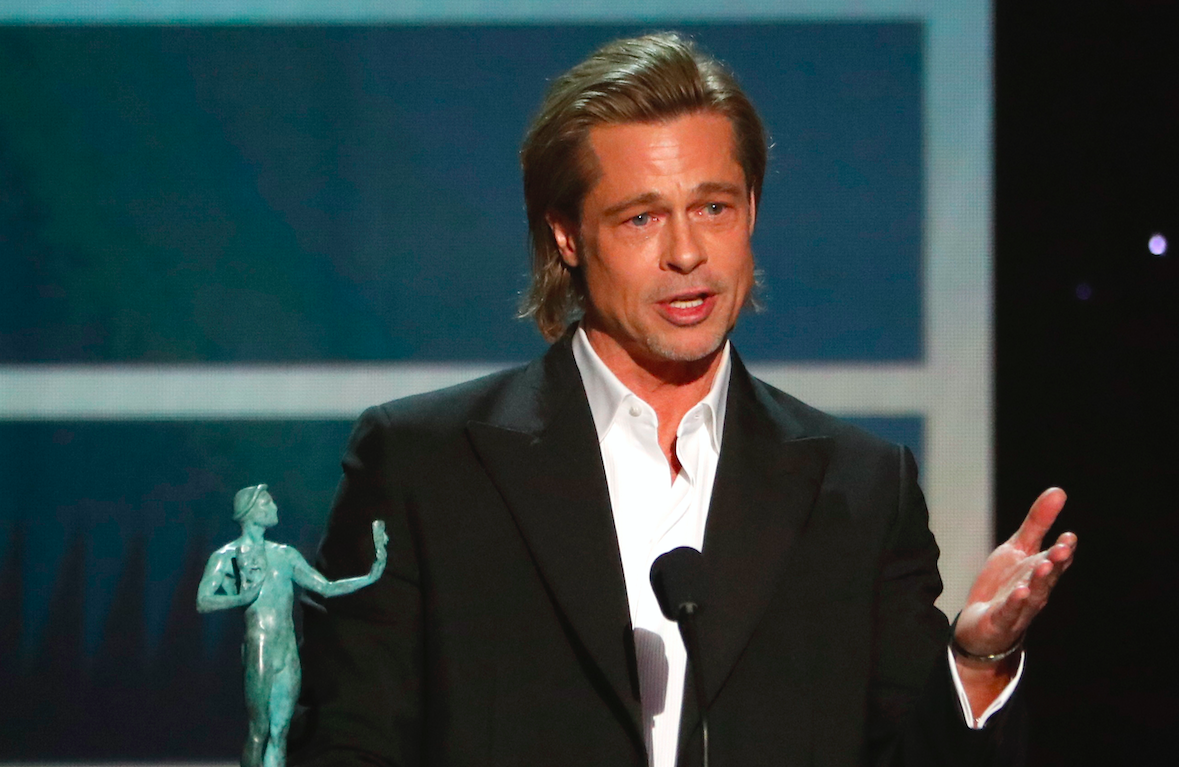 Brad Pitt brought the entire house down at the 26th Screen Actors Guild Awards by taking a dig at his ex-wife Angelina Jolie.

The 56-year-old actor made such surprising remarks while accepting the award for Best Supporting Actor in a Movie for his role in "Once Upon a Time in Hollywood."

"Let's be honest, it was a difficult part," Pitt said sarcastically while accepting the award, referring to his role as a stuntman.

Pitt's character, Cliff Booth, plays a pot-smoking stuntman who shoots his shrewish wife with a crossbow.

With a cheeky smile on his face, Pitt continued his speech and said: "A guy who gets high, takes his shirt off and doesn't get on with his wife. It's a big stretch, and it's big."

While he did not specifically mention Angelina Jolie, people from the audience laughed because they all knew he was referencing her.

Jennifer Aniston, who made headlines early this week and also Pitt's ex, was seen laughing and clapping as Pitt made the apparent dig at Jolie.

This was Pitt's second SAG award in nine nominations. He then jokingly added: "I got to add this to my Tinder profile."

Pitt also spoke about the community of actors in Hollywood and the nature of the job, on a much serious tone.

Pitt made these remarks on stage after it was announced that he beat his contemporaries, Al Pacino and Joe Pesci for "The Irishman," Jamie Foxx for "Just Mercy," and Tom Hanks for "A Beautiful Day in the Neighborhood."

After his speech, Pitt stayed backstage and was glued to the screen as his ex-wife Aniston won an award for "Best Female Actor in a Drama Series" for "The Morning Show."

Brad Pitt fueled rumors that something was brewing between him and his Aniston -- whom he divorced in 2005 after their five-year marriage -- after he was seen reuniting with her backstage at the ceremony.

ET was able to capture pictures where Aniston was touching Pitt's chest as he held her arm. In one of the pictures, the former married couple could be seen smiling warmly at each other and going for a hug.

Both Aniston and Pitt also headed to the same Netflix after-party at Sunset Tower in LA, though they both did not pose for pictures together there.

However, while everybody is still warm and fuzzy after seeing Brad Pitt and Jennifer Aniston's intimate reunion at the awards show, a source told The Sun that Angelina Jolie would feel "hugely disrespected" by their get-together and Pitt's joke about their marriage on his speech.

"Angelina won't be happy - it feels hugely disrespectful to her to make a joke out of their marriage problems in front of a room full of their peers. She'd never do that to him," the source told the publication.

"And Brad's very public reunion with Jen will also feel hurtful to her - it's like throughout their marriage, the public seemed to want Brad to get back with Jen."