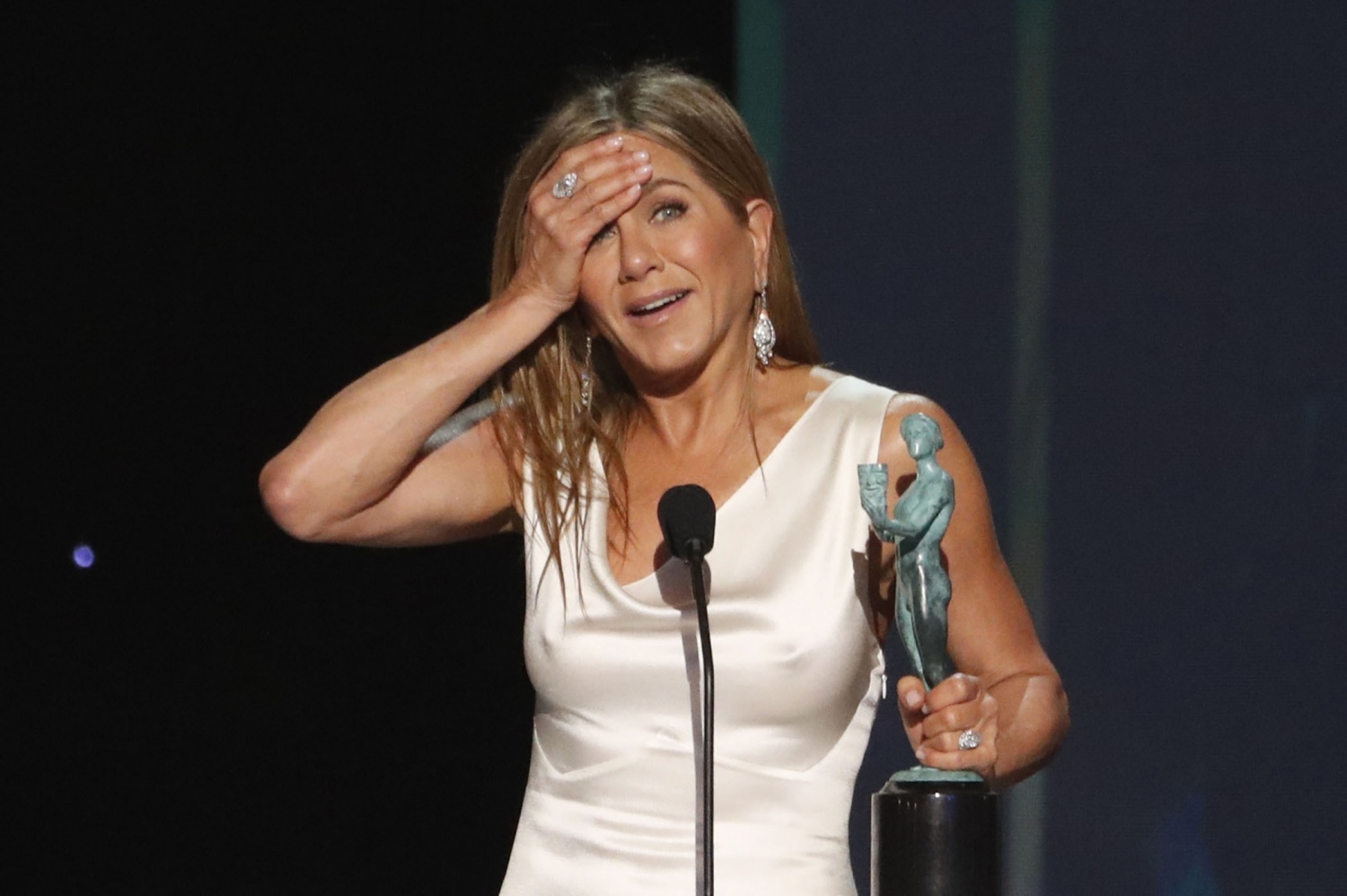 The unexpected reunion between ex-lovers Brad Pitt and Jennifer Aniston during the 26th Screen Actors Guild Awards has set social media platforms on fire (especially Twitter), as it somehow takes us back to that feeling when #BradJen is still a thing.

It is difficult to blame the fans, as every time the divorced couple is in the same room, people are all eyes (and not to mention, camera-ready) for their possible interaction.

And on Sunday night, it is like the universe heard the fans' desire and let the two stars saw each other backstage at the height of their emotions -- not minding the people around and exchanging a sweet kiss on the cheek and some lingering touches on the side.

It was like a scene in an award-winning romantic movie, only the fans did their standing ovation over Twitter and Instagram and repeatedly shared the historical reunion photo of the former lovers.

Both Brad and Jen bagged an SAG award, Pitt for Best Supporting Actor for "Once Upon A Time In Hollywood" and Aniston for the Best Female Actor in a Drama Series award for her role in Apple TV's "The Morning Show."

One can only imagine the tons of notifications coming in at Jennifer Aniston's Instagram account after being tagged numerous times on her sweet moments with Brad Pitt captured on cam.

Although she did not literally break social media once again like what she did after joining Instagram in October 2019, could Jennifer be regretting her decision to be an "Instagramer" after the recent flooding of Brad-Jen reconciliation photos?

Instead of regret, it seems that just like the rest of us, Jennifer actually enjoyed the SAG awards frenzy that she and Pitt caused (on top of her Best Actress win, of course)

In an Instagram post, Jennifer referred to the awards night as "a night she will never forget."

"No wrinkles... harder than it looks! Somewhere between these two photos, my peers gave me a gift I will cherish and a night I will never forget. Thank you @sagawards, @themorningshow, and our incredible cast and crew. Let's get back to work!" Jennifer wrote along with two photos. One of herself in the backseat of the car and another picture with her Dior dress on the floor together with her shows and SAG awards trophy.

View this post on Instagram
No wrinkles... harder than it looks! Somewhere between these two photos, my peers gave me a gift I will cherish and a night I will never forget. Thank you @sagawards, @themorningshow, and our incredible cast and crew. Let’s get back to work! A post shared by  Jennifer Aniston (@jenniferaniston) on Jan 20, 2020 at 3:59pm PST

In a recent interview, Jennifer admitted that she grew tired of people around her pushing her to join the 'Gram.

Jennifer, who now has a massive 24.8 million Instagram followers, actually set a Guinness World Record for being the the fastest Instagram user to reach 1 million followers -- somehting she did in a span of five hours. And yes, she dethroned the Duke and Duchess of Sussex for the said title when they joined Instagram as @sussexroyal.