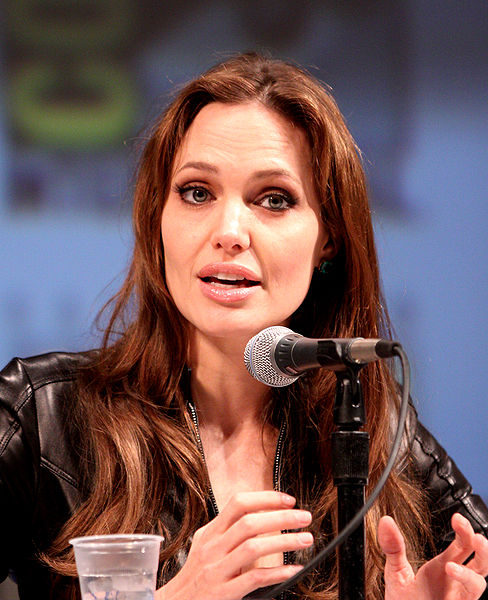 Everyone's talking about the viral photo of Brad Pitt and Jennifer Aniston reuniting at the SAG Awards. However, while the world is asking if there is a reunion happening with Brad and Jennifer, a lot of people are also waiting for what Angelina Jolie has to say.

Did it bother her to see the two of them together at the SAG Awards?

Silence Is a Statement

There is one person in the world who is not freaking out about the reunion of Jennifer Aniston and Brad Pitt at the 2020 SAG Awards. Pitt's ex-wife Angelina Jolie has remained quiet despite all the fuss the reunion has been getting.

Fans of both Pitt and Aniston are going crazy seeing the two of them together smiling.

The "Maleficent" star, 44, has seen her ex-husband getting cozy and holding hands with his other ex-wife at the backstage of the awards show, but she has not said a word about it. She is not letting it get to her despite the rumors that she has been losing weight over the custody battle with Pitt.

A source close to Angelina told Hollywood Life that the actress did not care about the reunion of Brad and Jennifer at the SAG Awards.

"She already knows that the two of them are friends and she's not going to let that get to her," the source added.

After two years of being married and 12 years together, Angelina and Brad called it quits in September of 2016. While their divorce has yet to be finalized, the two have been considered "legally single" under the California Law, which meant they could go out on dates with other people and even decide to remarry, too.

So when Jolie heard about the run-in at SAG Awards, it was not like she felt betrayed at all.

In February 2019, the ex-couple Jennifer and Brad started hanging out together. He was seen attending her 50th birthday party and the two looked like they were having a good time. On the same year in December, the "Once Upon A Time in Hollywood" star was spotted at Aniston's Christmas party despite his efforts to keep a low profile.

Since their divorce in 2005, the SAG photo was the first one they have been photographed together. The backstage photo was taken right after the two won their awards for their respective work. Pitt won for his role in "Once Upon a Time in Hollywood" while Jennifer won for "The Morning Show."

Fans, however, could not stop raving about how the ex-couple who looked ecstatic to see each other.

Out Of The Narrative

While Angelina might not care a bit about the reunion of her ex-husband and his other ex-wife, she also wants to make one thing clear: she would like it very much if she were not included in the narrative.

The source said that the "Brad-Angelina-Jennifer" discourse has dragged out for so long. Perhaps the fans of Brad and Jennifer could not forget the role that the "Tomb Raider" star played in the split of their idols.

Since "Mr. and Mrs. Smith," people could not help but drag Angelina's name into the picture.

"She is moving on," the source said. She hopes that people would move on from it too.

At the moment, Angelina and Brad are in the middle of a custody battle for their children. They both hope they can find settlement and agreement soon.