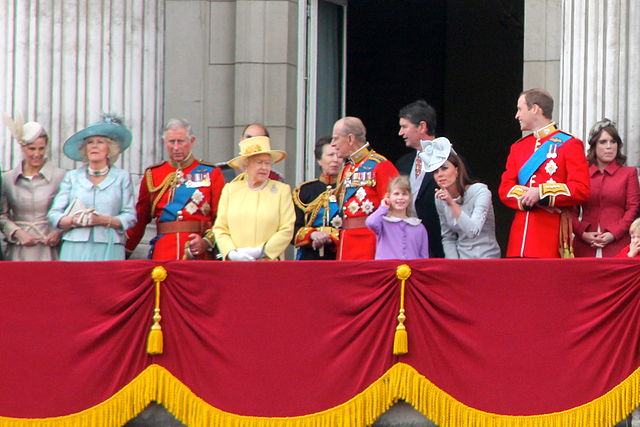 After Queen Elizabeth II granted Prince Harry and Meghan Markle the freedom that they want to start new lives as a family-of-three, the decision appeared to be only in favor of the Sussexes.

Meanwhile, Her Majesty and the whole monarchy might face the biggest problem in the future because of the Sussexes' exit -- as predicted by a psychic.

Since the beginning of the establishment of the royal family, astrologers and psychics always offer their predictions as guide for the members. This time, however, a heartbreaking prediction came out, and it could be a cause of concern for the family and the people.

Beginning of The End?

Georgina Walker, the resident psychic of Kyle and Jackie O's radio show, shocked listeners as she made a prediction about the British monarchy's future during the KIIS FM breakfast show.

She stated that Megxit "will cause nothing but trouble for the royals" as it could be the beginning of the end of the family.

Because of the shocking departure, Walker envisioned that Prince William and Kate Middleton's eldest son, Prince George, will never be King.

Though the Sussexes' departure will not affect the position of Prince George as the future heir to the throne once Prince William takes over Prince Charles, it could affect Queen Elizabeth II's rules instead.

"I knew it was going to happen, I predicted the Queen would refresh the monarchy to make it a younger approach," Walker revealed before stating that Prince William will be the last King of the british royal family.

Prince Harry and Meghan's actions and shocking decision may have been resolved, but according to the expert, it could start a "shocking chain of events" in the family.

If the prediction turns out to be true, then the next in line to the throne after Prince William -- Prince George, Princess Charlotte and Prince Louis -- will never have the chance to rule Britain and could be appointed as the Counsellors Of The State instead.

Though the position is not as luxurious as being the head of state, they will still start to be delegated with senior state functions.

Once Prince William serves as the last monarch, it will still not allow Prince George's mother to take over.

Aside from what Walker said about Queen Elizabeth II's possible plans on making a younger approach, the royal family has its list of succession.

Instead of being a queen, she will be Queen Consort once Prince William receives the throne to be the King of England. People will address her as Queen Kate or Queen Catherine, but she will only be a queen by name since she married the ruling monarch.

Her current situation is like the fate of the late Princess Diana and Camila, Duchess of Cornwall. The two never became the direct descendant of Queen Elizabeth II, as Prince Charles (the current heir to the throne) will be the one to rule the monarchy, which people expect to take effect in 2021.

Whatever the royal astrologers see, it is still up to the British monarchy if they will let all the predictions happen in the future.

READ MORE: Prince Harry, Meghan Markle to Live In a Mobile Camper Instead? The Truth