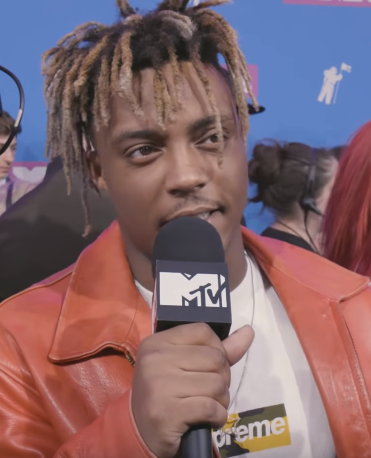 Juice WRLD's sudden death in December last year shook up the whole hip-hop industry. One month after his passing, however, his cause of death has finally been revealed.

A week after he celebrated his 21st birthday, the rising rapper -- whose real name is Jarad A. Higgins -- died after suffering from a medical emergency in Chicago on Dec. 8, 2019.

The cause of death remained unclear back then, but as per TMZ, the rapper landed at the Chicago's Midway Airport before he began bleeding from his mouth after he experienced a sudden seizure.

According to reports, Juice WRLD was still conscious when he was rushed at the nearby hospital but was pronounced dead a few minutes later.

The Cook County Medical Examiner spearheaded the autopsy on Dec. 9, but the results were not clear enough so further testing was ordered, including cardiac pathology, neuropathology, toxicology and histology.

His fans and family had to wait until today to know the real cause of his death.

According to the document acquired from the medical examiner's office by Fox News successfully, the late rapper suffered from an accidental overdose of oxycodone and codeine.

"The Office determined that Higgins died as a result of oxycodone and codeine toxicity," the report said. "The manner of death is [an] accident. Higgins was pronounced dead on December 8, 2019, at Advocate Christ Medical Center in Oak Lawn, Ill."

After confirming his passing, Interscope Records, Juice Wrld's label, took to Twitter to announce the artist's untimely death. They recognized the contributions he offered in the music industry in such a short period and remembered how gentle he was both as a person and as an artist.

"He was a gentle soul, whose creativity knew no bounds, an exceptional human being, and artist who loved and cared for his fans above everything else," Interscope Records continued.

In 2018, Jarad Higgins stepped into the spotlight and went by the name Juice WRLD with his first hit single "Lucid Dreams."

The debut song ranked second on the U.S. Billboard singles chart and became Juice WRLD's first song to hit the Billboard immediately. Moreover, it became the most played song on SoundCloud in 2018, pushing the rapper to be the most streamed artist on the said platform.

Juice WRLD released "All Girls Are The Same" next and received the same SoundCloud recognition for being a hit song.

After his immediate success, Juice WRLD signed with Interscope Records, where he continued to make emo and trap music. He even became the cover story of Billboard magazine in March 2018.

In addition, Billboard Music Awards named Juice WRLD as the Top New Artist in May 2019.

His brief career follows the death of his fellow rappers Nipsey Hussle (who died on March 2019 after obtaining multiple gunshots), Mac Miller (who passed away in September 2018 due to drug overdose), Lil Peep (who also succumbed to drug overdose in November 2017), and XXXtentacion (who died in June 2018).