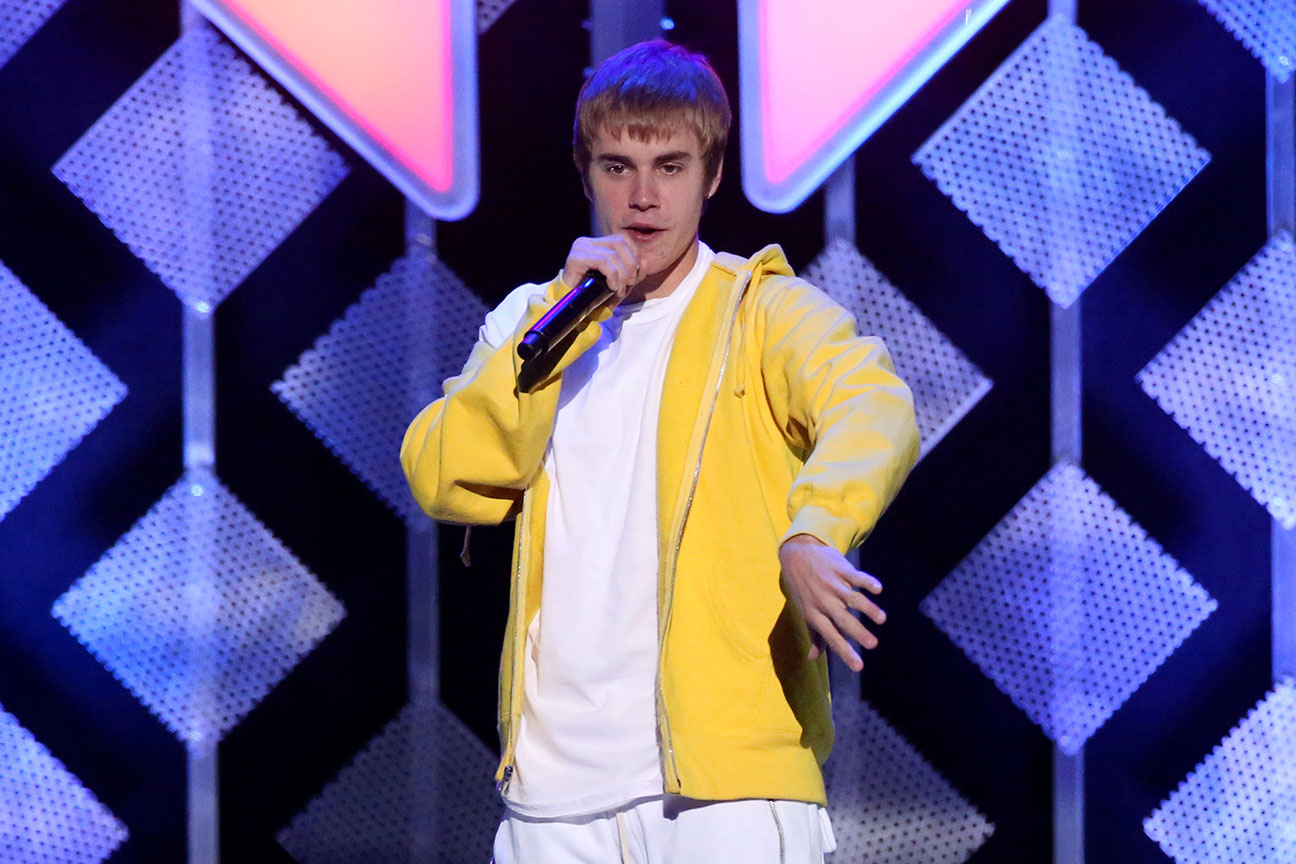 Have you ever wondered how your favorite Holywood star or artists would look like if they were working on regular jobs? Strip them off their fancy clothes, bling, and popularity and instead wear uniforms and let us say, for example, serve people with food?

Well, obviously, they will still look good and hot, just like Justin Bieber after he was spotted manning the "Yummy Food Truck" in Los Angeles on Wednesday. The food truck is named after Bieb's latest single.

The 25-year-old singer served lucky fans and random passersby some "Yummy, Yum" snacks, which include grilled cheese and fish tacos. In the food truck's signage outside, the Yummy team gives their meals some twist by naming it after Justin's hit songs, namely "Where Are You Now That I Need Cheese You?" and "Despatacos." Witty!

Justin transformed as a food truck vendor together with "The Late Late Show" host James Corden. Both of them were seen in the truck's register while wearing a black apron and hat with printed Yummy logo along with their faces.

In a video obtained by TMZ, Justin could be seen wearing a large grey sweatshirt paired with loose denim jeans and baseball cap, while the 41-year-old James kept his casual in his blacktop and jeans combo.

According to reports, Justin and James crewed the Yummy food truck as part of their stint for Jame's talk show. But it is not all part of the publicity, as Justin himself confirmed that all the sale from the food truck would go to a good cause.

"We're raising money for the L.A. Food Bank, so whatever donations you guys wanna give," Justin said.

In the same video, the singer could also be seen comfortably chatting with the customers, asking them a question like a pro food truck server.

Justin could be heard saying: "Would you like some ketchup?" and "Hey, put your hand up if you want a grilled cheese!"

The "What Do You Mean" singer was also heard talking to one customer and saying he was having a good time serving snacks at the food truck.

Over a hundred customers lined up to get a taste of Justin and James' grilled cheese and fish tacos, which were only sold for one dollar each.

Later that afternoon, Justin took to Instagram and shared snaps from his fun food truck experience.

"Stay on the lookout for James Cordon coming up," Justin wrote.

In the series of photos, the Canadian crooner could be seen all smiles while taking orders, serving snacks, and working with the team inside the truck.

View this post on Instagram
Stay on the lookout for James Cordon coming up A post shared by  Justin Bieber (@justinbieber) on Jan 22, 2020 at 6:13pm PST

Aside from manning the Yummy Food Truck, Justin and James were also spotted filming another round of "Carpool Karaoke," a fan-favorite segment where celebrities jam with the late-night show host as they stroll around.

A fan spotted the duo while filming the said segment as their black vehicle is filled with cameras on the windshield.

However, the fan was disappointed upon realizing that James was not driving during the Carpool segment as the vehicle appears to be pulled by a truck.

Saw James corden and Justin Bieber filming carpool karaoke and this is why I have trust issues — he isn't even driving! pic.twitter.com/bkP9moGJmu — Zoli ️ (@zolihonig) January 23, 2020