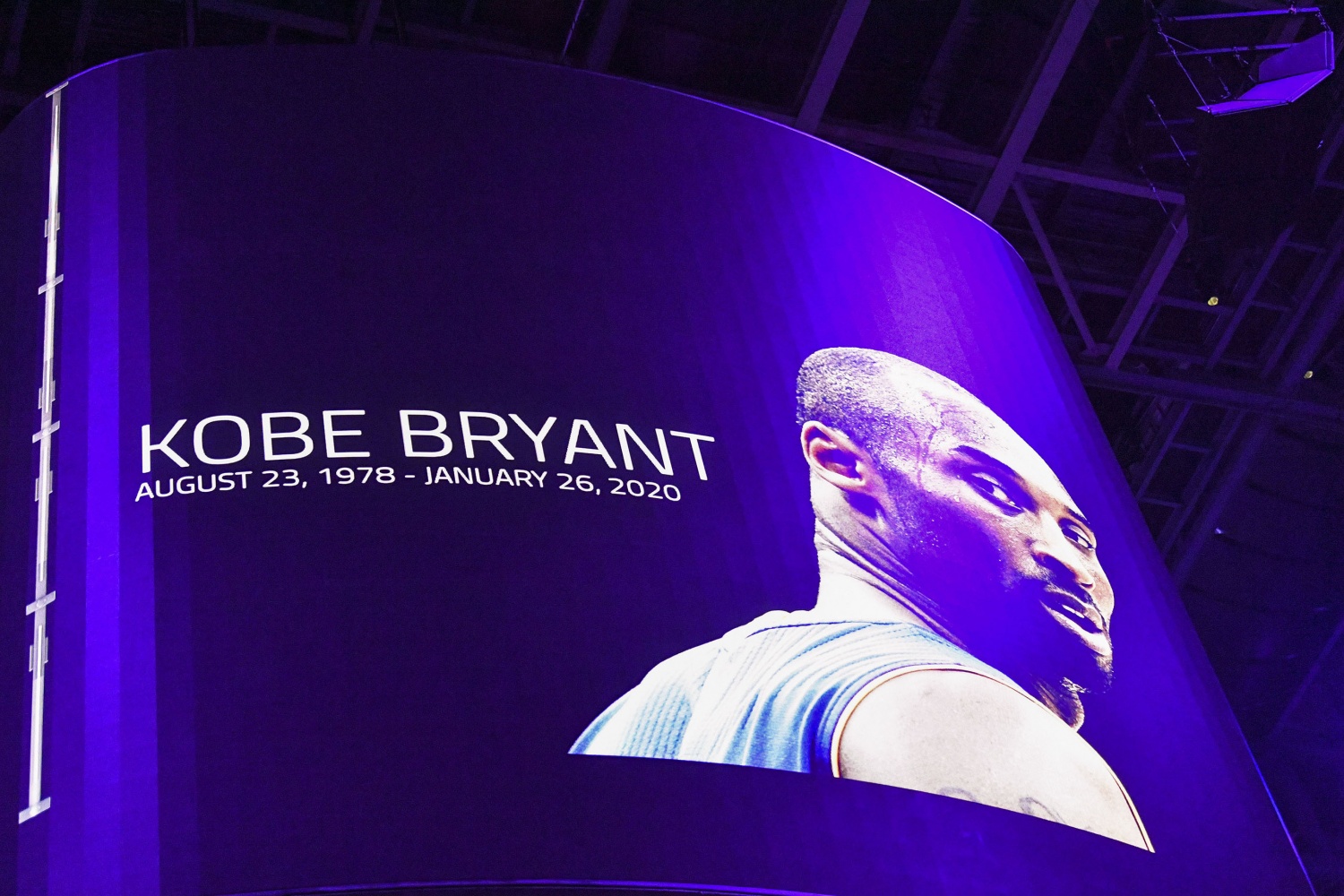 Heroes come and go, but legends are forever.

To say that the whole world is in deep sadness right now is an understatement. Everybody is currently mourning for the loss of the legendary sports icon, Kobe Bryant.

The 41-year-old NBA great reportedly died in a helicopter crash in Calabasas, California on Sunday.

The Lakers legend is said to be on his way to a travel basketball game when the helicopter slammed into a hillside near Malibu in Los Angeles County. Together with Kobe is his 13-year-old daughter, Gianna, who was also named as one of the nine casualties in the said tragic crash.

Officials of the National Transportation Safety Board (NTSB) said that they are currently investigating the accident involving the helicopter where Kobe, Gianna, and three others are boarded.

The iconic shooting guard is one of the most legendary players in his generation. During his 20-year basketball career, Kobe led the Lakers to five NBA championship and has scored a total of 33,643 points.

On Saturday, the Black Mamba took to Twitter to congratulate his fellow NBA legend LeBron James, who surpassed him for the third spot on the NBA's all-time scoring list.

Kobe's tweet came after King James’ historic layup during the third quarter of Lakers' games against Philadelphia 76ers on Saturday.

"Continuing to move the game forward @KingJames. Much respect my brother #33644," Kobe wrote. Little did we know, this will be his last and final tweet before the tragic helicopter crash.

Even before LeBron surpassed his scores, Kobe has already expressed happiness for him.

"You should be happy for the person that comes after you to be able to surpass things that you've done. It's kind of juvenile to think or to behave any other way," Kobe said in an interview with USA Today.

Meanwhile, fellow athletes took to social media to express their condolences to Kobe's family, especially his wife Vanessa, to whom he has four daughters -- including Gianna.

When the news broke about Kobe's tragic death, basketball fans gathered outside Staples Center to honor NBA's legendary jersey no. 24.

Staples Center also created a special tribute for Kobe by putting up his photo on every screen outside the arena with a message: "In loving memory of Kobe Bryant, 1978-2020."

The Black Mamba's tragic death came as Holywood stars were also gearing up for The Grammy Awards night, which will also be held in Staples Center.

Celebrities and music icon could not help but express their disbelief, grief and sadness for the loss of the basketball icon.

Even former President Barack Obama took to Twitter to mourn for the Black Mamba.

"Kobe was a legend on the court and just getting started in what would have been just as meaningful a second act. To lose Gianna is even more heartbreaking to us as parents. Michelle and I send love and prayers to Vanessa and the entire Bryant family on an unthinkable day," Obama wrote.

There’s no words to express the pain Im going through with this tragedy of loosing my neice Gigi & my brother @kobebryant I love u and u will be missed. My condolences goes out to the Bryant family and the families of the other passengers on board. IM SICK RIGHT NOW pic.twitter.com/pigHywq3c1 — SHAQ (@SHAQ) January 26, 2020

...This S*** can’t be real... this the first moment I was able to meet Gianna Maria, she’s been to only 3 games this year... 2 of them were mine... She told me I was her favorite player to watch I can’t believe this Rest Easy Gigi️ pic.twitter.com/IfDrE9Gjlv — Trae Young (@TheTraeYoung) January 26, 2020

Kobe was a real life super hero on that court & I’m sure he was one to his family. Sending love and prayers to them. This is heartbreaking. — Bruno Mars (@BrunoMars) January 26, 2020

I'm so sad and stunned right now. In Staples Arena, where Kobe created so many memories for all of us, preparing to pay tribute to another brilliant man we lost too soon, Nipsey Hussle. Life can be so brutal and senseless sometimes. Hold on to your loved ones. We miss you, Kobe — John Legend (@johnlegend) January 26, 2020

Like everyone, I’m stunned and saddened by the news about Kobe Bryant. My heart is broken for his wife and family. — Ellen DeGeneres (@TheEllenShow) January 26, 2020

View this post on Instagram
This is too much. Rest In Peace and love together, legends. Growing up a Kobe fan brought so much joy to my life, like so many, and we were all so excited to see sweet Gigi play someday. Sending strength and my deepest condolences to Vanessa, the Bryant family, and all the families affected by this tragedy. A post shared by  Gigi Hadid (@gigihadid) on Jan 26, 2020 at 1:10pm PST

Jeannine & I are absolutely shocked to hear of the loss of one of my favorite people & one of the best basketball minds in the history of the game! Our hearts & prayers to Vanessa & his girls. @kobebryant you were my biggest fan, but I was yours #RIPMAMBA @NBA @espn @SLAMonline pic.twitter.com/Ll0BD6VWgr — TheBillRussell (@RealBillRussell) January 26, 2020

Kobe was a legend on the court and just getting started in what would have been just as meaningful a second act. To lose Gianna is even more heartbreaking to us as parents. Michelle and I send love and prayers to Vanessa and the entire Bryant family on an unthinkable day. — Barack Obama (@BarackObama) January 26, 2020

He was great,charismatic & among the hardest-working athletes ever,but what impressed me most was how deeply-involved Kobe was with his 4 daughters. Pray for them, Vanessa, his parents & his fellow passengers' families on this sad and shocking day. We will never forget you Kobe — Jimmy Kimmel (@jimmykimmel) January 26, 2020

Just devastated to hear about #KobeBryant .An extraordinary athlete, and a genuinely kind, wonderful man. Sending love, prayers & compassion to his family. To his entire @NBA family as well. — Reese Witherspoon (@ReeseW) January 26, 2020

My heart is in pieces hearing the news of this unimaginable tragedy. I can’t fathom what the families are going through. Kobe meant so much to me and to us all. Sending my prayers, love, and endless condolences to Vanessa and the family and anyone who lost someone on that flight. — Taylor Swift (@taylorswift13) January 26, 2020

View this post on Instagram
It can't be. You always encouraged me mamba. Gave me me some of the best quotes that we smile about to this day.! Love you man! A post shared by  Justin Bieber (@justinbieber) on Jan 26, 2020 at 12:20pm PST

View this post on Instagram
This honestly doesn’t make sense....I just saw you man. This hurts my heart. God please place your hands on his family and help guide them thru this unbearable time. We love you forever man...Legends never die!!!! #MambaMentality #RIP.... RIP to the other passengers as well as sending prayers to their families.  A post shared by  Kevin Hart (@kevinhart4real) on Jan 26, 2020 at 12:42pm PST

View this post on Instagram
Devastated by the news of losing our precious Kobe Bryant. Words cannot express our sadness. All my deepest love and prayers are with Vanessa and Kobe’s family at this time. A post shared by  Kris Jenner (@krisjenner) on Jan 26, 2020 at 12:41pm PST