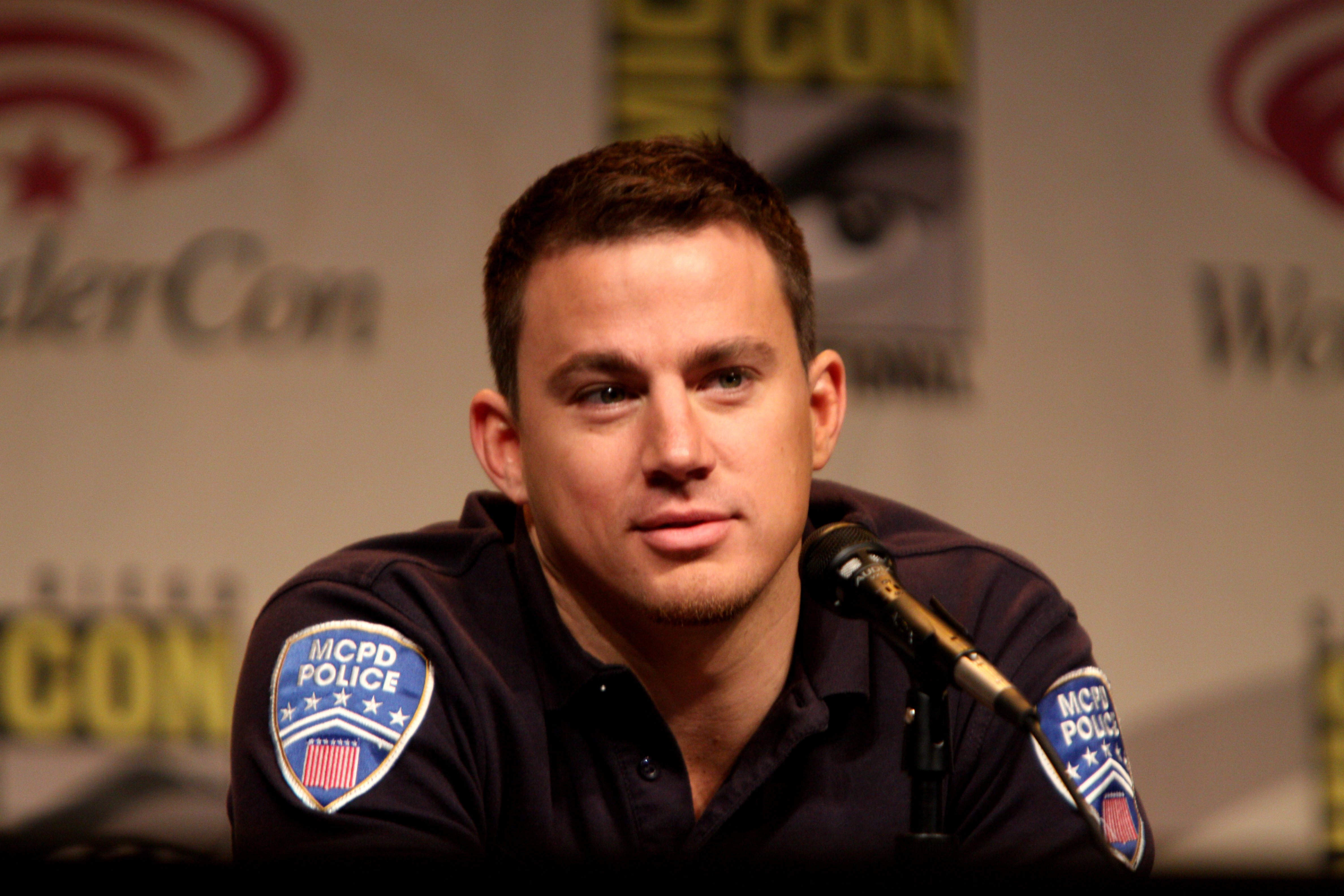 Get a handsome and sexy man, they said. It will be fun, they said. But we say, get a man like Channing Tatum, who is not only handsome, sexy, drop-dead gorgeous and oozing with sex appeal, but is also kindhearted and ready to man up when the woman she loves is being disrespected.

A few days after the rumors broke that the "Magic Mike" star has rekindled his relationship with Brit singer Jessie J, the 39-year-old actor took to Instagram to give us all the confirmation that we need.

In a sweet Instagram post, Channing expressed his support for the "Flashlight" singer who is about to perform on stage.

"Gonna watch this unicorn sang tonight. Then we gonna get it in! Horns out!" Channing wrote alongside a smooching photo of him and Jessie while wearing a matching unicorn headdress.

While Channing's 17.3 million Instagram followers are cheering the reunited couple, a hater snoop in and made his negative thoughts about Jessie and Channing known.

View this post on Instagram
Gonna watch this unicorn sang tonight. Then we gonna get it in! Horns out! A post shared by  Channing Tatum (@channingtatum) on Jan 24, 2020 at 5:32pm PST

"Jenna looks better with you," the Instagram troll wrote.

However, it looks like the couple's reconciliation indeed made them stronger, as Channing did not hesitate to address the hater publicly and put him right into his place.

The actor was quick to reply and slam the troll by saying: "Hey Alex I don't usually address shit like this. But you seem as good a of terrible happy people hating thoughtless person as any of them. why don't you seriously think about what (you're) doing?"

"It's hurtful and I ain't about it. If you can't not be a horrible, hateful person on my page and support the infinite and untouchable beauty and woman that jess is... please kindly get the TF out of here. No one wants you here. Especially me," he added.

Channing also defended Jessie by saying: "And ain't nobody more stunning and beautiful to look at but even more as a human than Jess. And yeah that includes my ex," referring to his ex-wife Jenna Dewan.

In the end, Channing said that he felt sorry about the IG trolls' opinion and wished the random hater to be careful with his actions next time as it also speaks for himself. 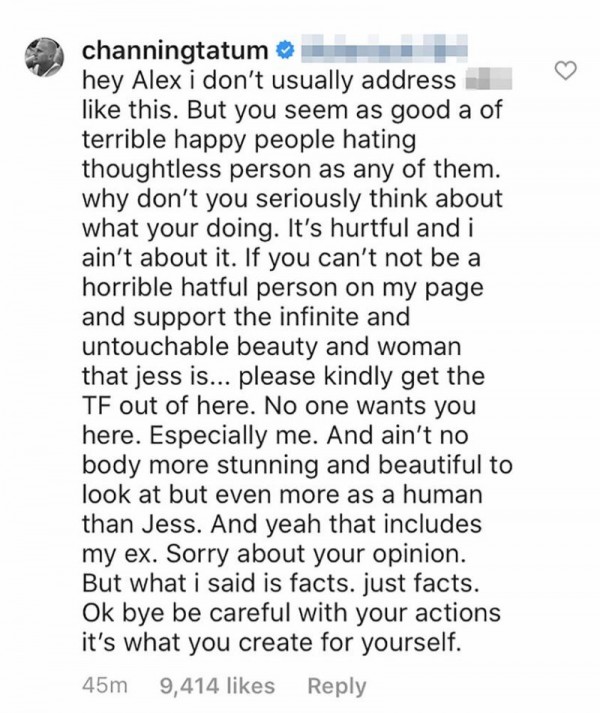 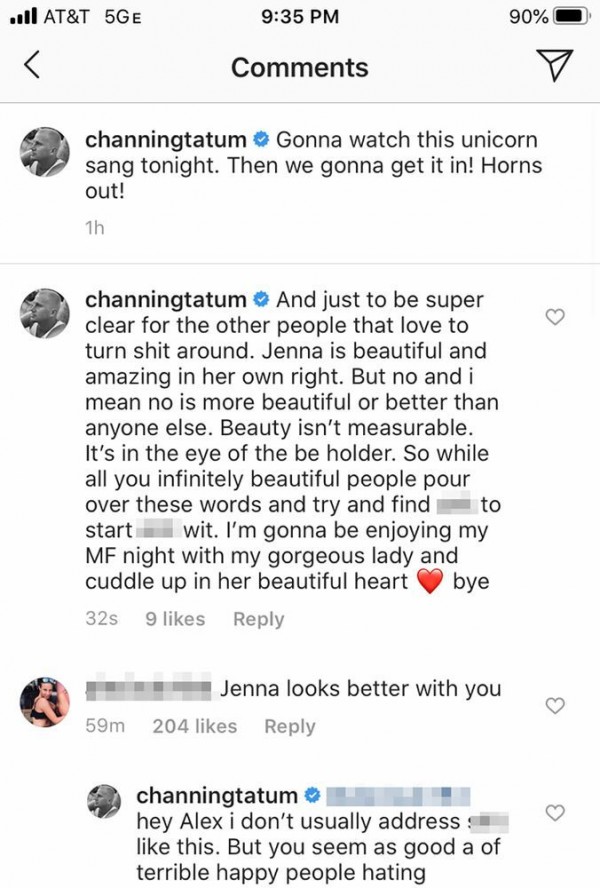 Moreover, before everything gets out of hand, Channing made a follow-up comment and clarified his statement involving Jenna, who is also the mother of their child Everly.

As of writing, the comment section on Channing's Instagram post is already disabled, but screenshots of his fiery response to the haters been published by Yahoo News.

It could be recalled that over the weekend, a source confirmed that Jessie and Channing are back in each other's arms after spending almost two months apart.