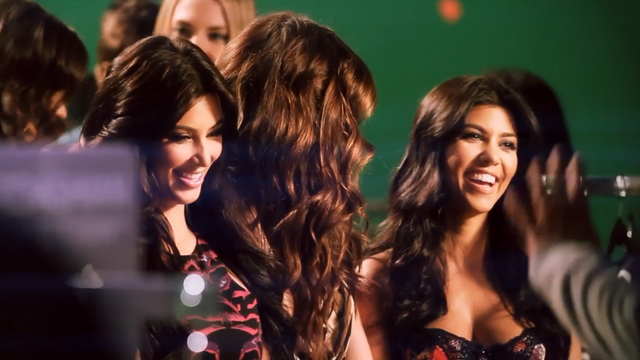 Some things can indeed get crazier before it gets any better. For Kourtney Kardashian's status on "Keeping Up With The Kardashians," Kendall Jenner believes that her sister will follow the same mantra next season.

Kendall recently appeared on "The Ellen DeGeneres Show" where she teased Ellen and the viewers about the upcoming surprises that their reality TV show prepared for them.

The 24-year-old model revealed that her sister, Kourtney Kardashian, will still be in the next season of "KUWTK" and that she is not "necessarily" leaving the show.

"Kourtney has boundaries, which is totally understandable," Kendall said. "I think I've always kind of not let my personal life entirely on the show, so it's just kinda always been a thing for me."

The three-time Teen Choice Model awardee went on and revealed that her 40-year-old sister really did show her personal life too much on the show. However, this time, Kourtney will be up for a "shift" and Kendall warned everyone -- in a good way -- that her sister will have crazier dramas in the upcoming episodes.

Kendall also clarified that Kourtney never fully confirmed that she would not appear on KUWTK anymore, and that was when she spoiled that the "crazier" moments will truly be included on the show's future scenes.

"Let's just say it gets a little bit crazier before it gets any better," Kendall said while laughing before wrapping the conversation up.

Assumptions about Kourtney leaving the show surfaced last year when the Kardashian sisters went together for an interview with Entertainment Tonight.

Kourt announced her intention of leaving KUWTK during the first part of the ET interview. She said that she has been wanting to focus most of her time on being a mom and putting her energy in there. However, she left a hint that if the plan pushes through, it would not be a final farewell.

Despite the good news Kendall delivered about Kourtney not truly leaving the show, it is worth noting that Kim and Khloe Kardashian previously snubbed the eldest sister as they wanted the next season to focus on them instead.

In the same ET interview, Entertainment Tonight reporter Keltie Knight asked Kim and Khloe if they think they can continue doing the show once they lose a sister.

"Yeah," immediately said by the KarJenner's Koko. "I mean, we love Kourtney, and we'll miss Kourtney and whatever she decides to do."

The interview got heated even more when the sisters were asked about the possible spin-off of KUWTK other than the upcoming release of Season 18.

"Just Kim and Khloe," Kim said, publicly excluding Kourtney from their plans. The two sisters planned on taking the spin-off in Calabasas where their families can live together in a condo and see how that goes.

It might be a good idea for both Kim and Khloe, but not for Kourtney, who shook her head and commented, "Not for me."