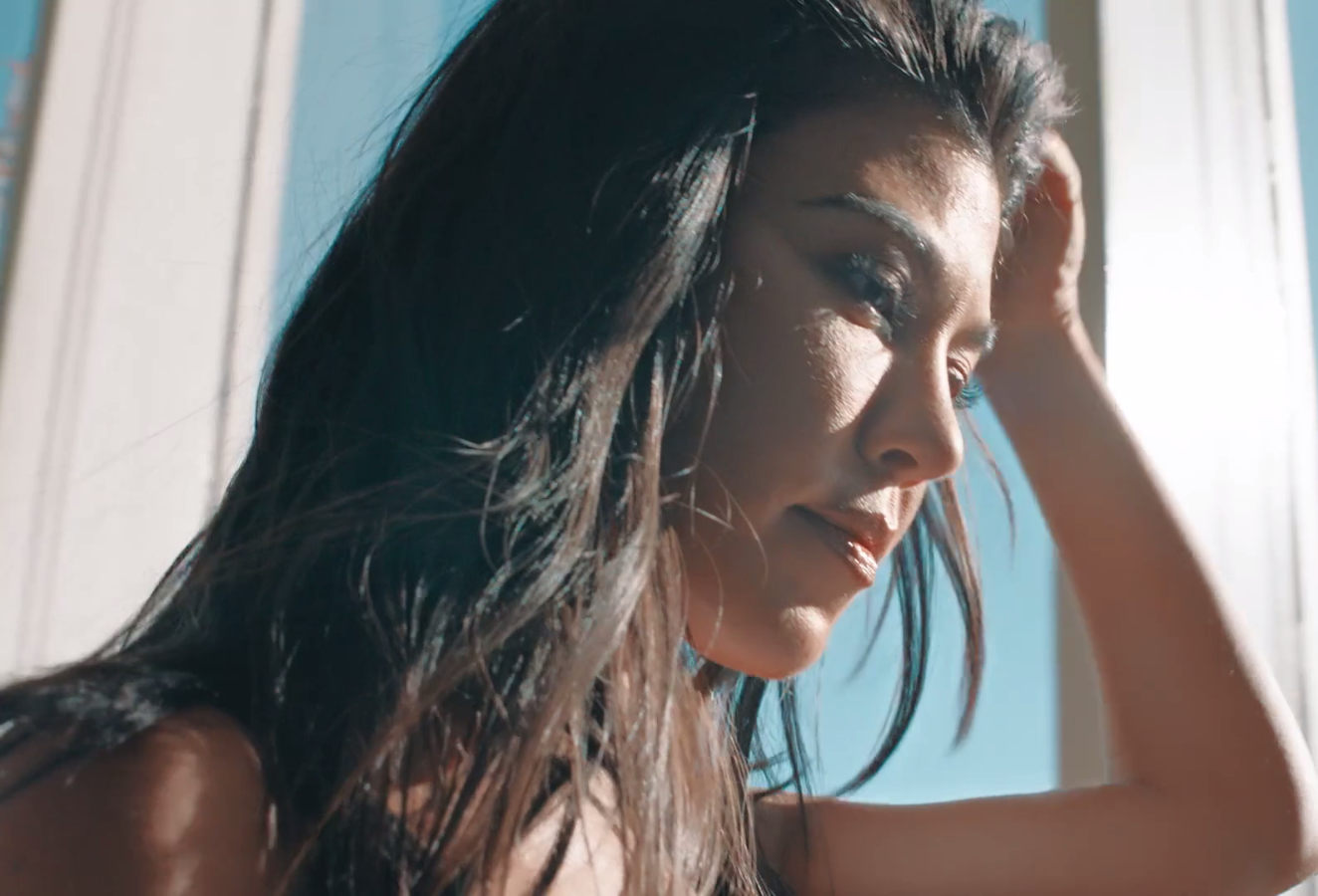 Kardashians are known for flaunting their physique online, so it is no surprise whenever they post selfies or smoking hot photos on social media. However, netizen had to look twice over Kourtney Kardashian's latest post.

On Wednesday, the 40-year-old TV personality posted a photo of herself on Instagram wearing an orange leotard that highlighted her pant-less legs once again.

Kourtney took the photo while they were on vacation in Italy with her ex-boyfriend Younes Bendjima together with her three children  Mason Penelope, and Reign.

The photo in question came with the caption: "Tryna fix your inner issues with a bad b*tch." Unfortunately for Kourt, it was not her get-up or her caption that caught the attention of her 86 million Instagram follower.

Taking her photo in front of a mirror, Kourtney's midsection appeared to be bigger than usual,making her followers question if she is currently expecting a child.

View this post on Instagram
tryna fix your inner issues with a bad bitch A post shared by  Kourtney Kardashian (@kourtneykardash) on Jan 22, 2020 at 12:51pm PST

Kourtney's recent reconciliation with Bendjima fueled pregnancy rumors more. Fortunately for fans, she responded to all the speculation after a fan asked her on the comment section if she is indeed pregnant.

The eldest of the Kardashian sisters, unfortunately, dampened the hopes of fans when she confirmed that she is not pregnant. However, she did say "I wish."

Though her relationship with Bendjima was her first since her split with Scott Disick, Kourtney clarified that she is not yet ready to throw another party for a fourth child -- most notably with Younes just coming back in the picture.

Even without the talks about a future fourth child, a source revealed that Kourtney is just "happy" with Bendjima who has been trying hard to earn her trust back since their messy split in 2018.

A source told People Magazine, "In the past, Kourtney was very happy dating Younes, and she feels the same now. They took a long break because Kourtney felt that she couldn't trust him. He is trying to convince her that she can, though."

Focusing on Her Family

Speaking of kids, Kourtney low-key left "Keeping Up With The Kardashians" to spend more time with her kids. She said that she has been wanting to focus most of her time on being a mom and putting her energy in there.

"I just decided to spend more time as a mom and put more of my energy there. But I'm not saying goodbye. I think you'll have to see more of it on the new season, season 18. It isn't airing yet, but it's being filmed," Kourt said, per Us Weekly.

It was not the first time Kourtney had thoughts about quitting, though.

In May 2019, she had an interview with Paper and revealed that she wanted to "sail away" so no one can see her ever again. As part of the "sail away" plan, she even went overseas but could not find a place that she likes.

The idea of deserting again floated during an interview on "The Real" where Kourtney said that she wishes to finally have her moments away from the show because "life is short."

Now that she has more time to take care of her body and bear another child (plus the fact that Bendjima has returned, fans are still expecting another Kardashian to join the family.