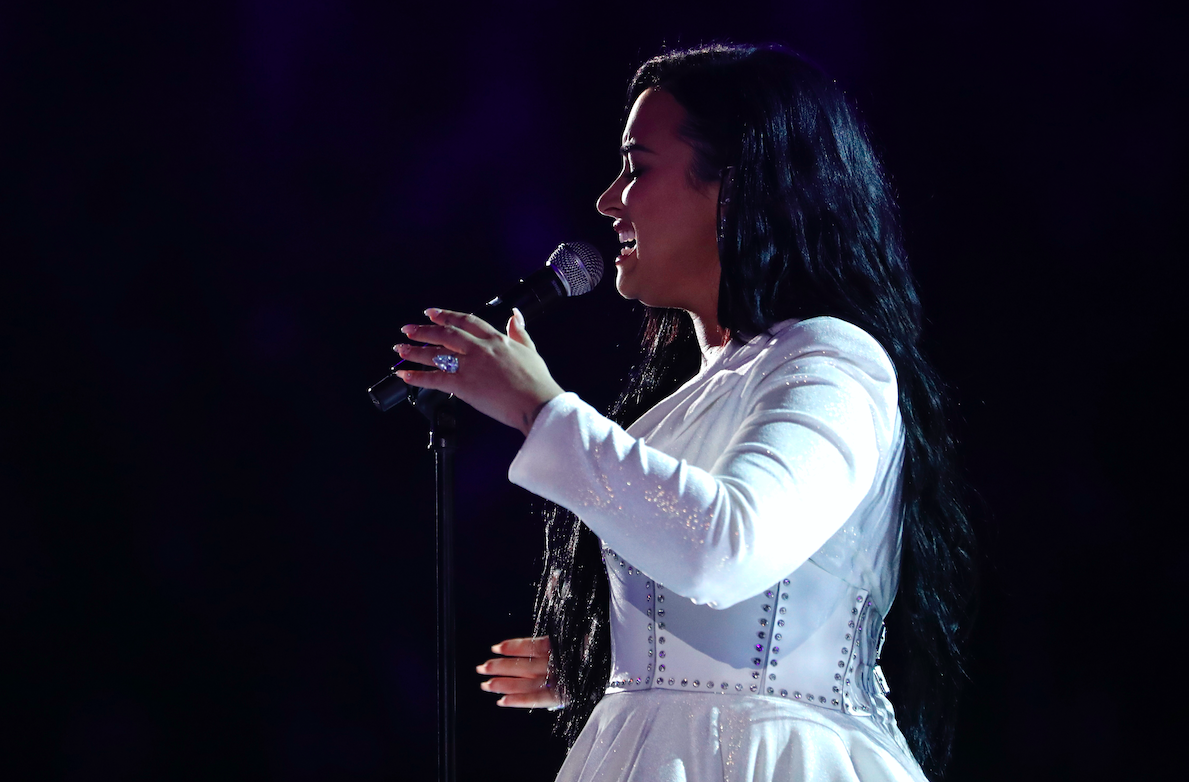 On Sunday's Grammy Awards, Demi Lovato delivered a powerful performance as she debuted her new single "Anyone" -- a song that explores her struggles with addiction the past few years.

Ahead of that performance, the singer sat down with Apple Music's Zane Lowe to discuss her sobriety and revealed how her renewed faith helped her overcome her drug overdose in July 2018.

Two weeks after her overdose in 2018, the former Disney actress wrote a now-deleted Instagram post thanking God for keeping her alive and well.

"I was not really a big church person, like even a month ago. I shied away from church for many years. I didn't feel welcome. I was also, like, questioning my sexuality," the 27-year-old singer shared to Lowe.

Lovato then revealed that she was crying out for help before nearly losing her life when she was found unconscious in her Los Angeles home following the overdose. She then credited God for her recovery.

Now, she says she is frequently attending church. In fact, she is even attending Bible studies now.

"I just found a place out here in LA that accepts me for who I am, no matter who I love. And there's no judgment, and that's what I needed," Lovato furthered. She also credited her manager Scooter Braun for helping her look for a good church.

Lovato admitted to seeking God through other experiences "whether that's through other relationships or substances." However, she came into a realization that what she has been doing is wrong -- or rather a misplaced act of faith in God.

Now that she is strengthening her relationship with God, she says she feels "safer and renewed."

Moreover, after being baptized in the Jordan River, Demi felt a closer connection to God and said that her spirituality has taken an emphasis in her life.

The song "Anyone" that Demi performed at the Grammy's 2020 was written and recorded just before her near-fatal overdose. The song details how Lovato felt at that time, confessing that the lyrics were a cry for help.

It tells a story about her emotional journey with depression and substance abuse.

During the start of her performance at the Grammy's, she had to stop after being overcome by emotion briefly. However, Lovato restarted from the top and delivered a nearly flawless performance.

In the end, she received a standing ovation from the Los Angeles Staples center audience.