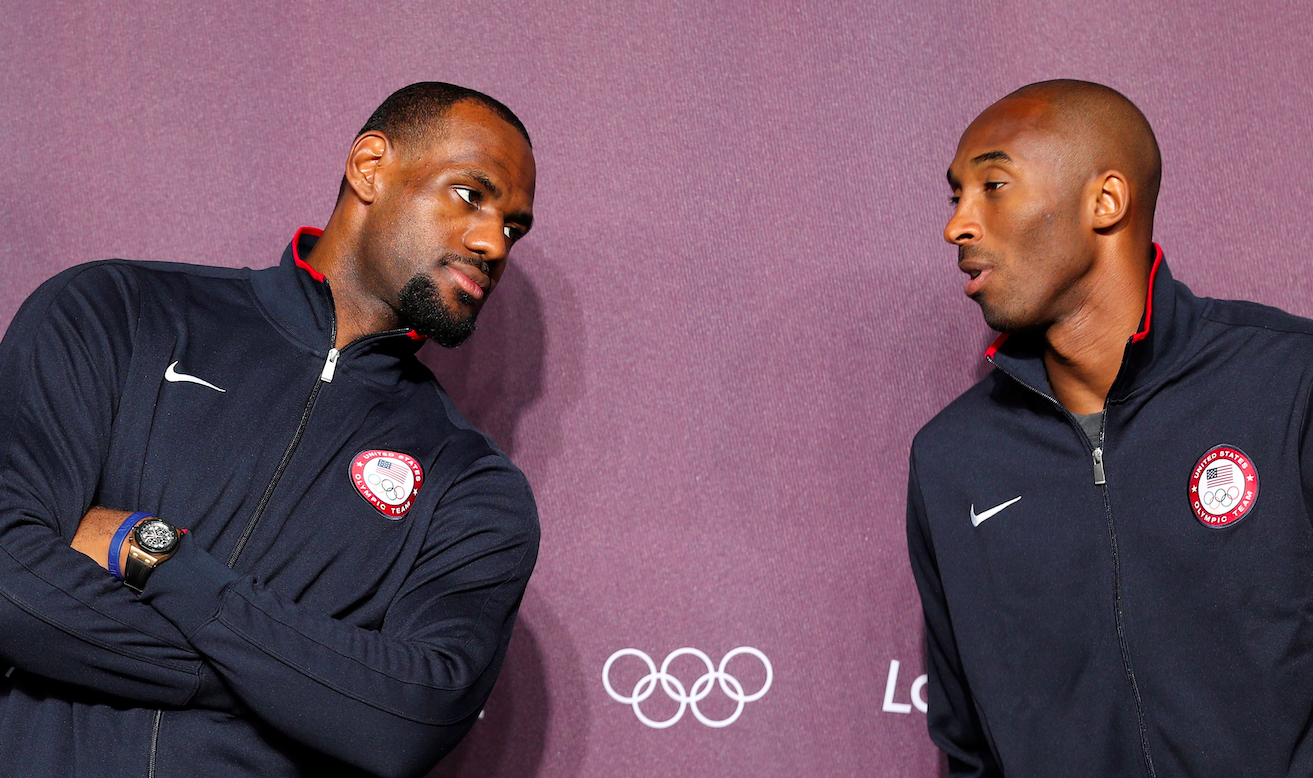 LeBron James is paying a permanent tribute to his dear friend, Kobe Bryant, by getting a tattoo in his honor.

TMZ reported that LeBron went to tattoo artist Vanessa Aurelia on Wednesday to pay tribute to the NBA superstar.

LeBron shared the process of the commemorative tattoo on his Instagram story, which looks like a snake with the number 24.

"It's that time again! Working with my girl @NessAurelia!! Gang gang!" LeBron captioned.

On Thursday morning, LeBron and the rest of the Los Angeles Lakers were spotted working out in front of the Lakers' training facility in El Segundo, and his fresh ink was spotted on his left thigh.

It i not visible what exactly the tattoo is on the three-time NBA champion.

According to the photos, it appears to show a snake, -- a clear nod to the Black Mamba (Kobe's nickname) -- along with the words "Mamba 4 Life."

TMZ reports that LeBron will do a big reveal soon on his Instagram account, possibly before his game against the Portland Trail Blazers at Staples Center on Friday, January 31.

However, LeBron James isn't the only NBA player who got his skin inked to pay tribute to Bryant.

His fellow Los Angeles Lakers superstar Anthony Davis also went to Vanessa Aurelia to get a Mamba-inspired tattoo that looked like a black snake and some added text.

While the two didn't play alongside the Black Mamba on the Purple and Gold franchise, the three were former teammates on the U.S. Men's National Team at the 2012 Summer Games in London. They won a gold for the USA.

Kobe Bryant is the fourth-leading scoring in NBA history after LeBron James surpassed him on Saturday, the day before his death.

Kobe was an inspiration to LeBron and Davis and other players in the NBA.

Both men shared emotional tributes to the late basketball star following his death on Sunday.

LeBron says that he is "heartbroken and devastated."

"I'm not ready, but here I go," LeBron started his caption in an Instagram post along with a photo of Bryant greeting him courtside at a November game at Staples Center.

"I am sitting here trying to write something for this post, but every time I try, I begin crying again just thinking about you, niece Gigi and the friendship/bond/brotherhood we had! I literally just heard your voice Sunday morning before I left Philly to head back to LA. Didn't think for one bit in a million years that would be the last conversation we'd have," he further wrote.

Davis also took to Instagram to react to the tragic death of the Lakers legend.

"This is a tough one for me. You were the first guy to put me under your wing and show me the ins and outs of the league. I had so many great convos about so many things, and I will cherish those moments forever," Davis wrote.

Bryant and his 13-year-old daughter Gianna, along with seven others, were killed on their way to a basketball game in Thousand Oaks, California, where Gigi was scheduled to play.

The cause of death for all nine victims was said to be blunt trauma, and the manner of death was an accident.