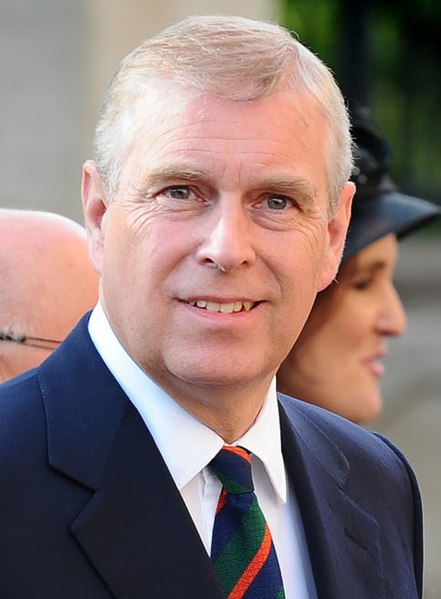 Prince Andrew, who has been accused of rape by Virginia Roberts Guiffre, once called her accuser a "very sick girl" who is simply lying.

Moreover, according to his friend, the Duke of York said there is no truth in all her damning allegations against him. Simply, he said he could just "shrug and move past everything."

Did He Call Her Crazy?

The royal made the alarming comments to a friend back in 2011, shortly after he was linked to the illegal sexual activities of his pedophile friend Jeffrey Epstein. According to the The Mail on Sunday, they have seen the exchange between the royal and this concerned friend.

This has been the second time that the royal referred to Giuffre directly despite being in denial of ever meeting her before the scandal came out. During his disastrous interview with BBC in November, the Duke of York denied ever meeting the woman whom he allegedly had sexual relations with. The woman claimed that the first time he and Prince Andrew did it was when she was only 17 years old.

The exchanges reported by The Mail was between Prince Andrew and his friend Jonathan Rowland. At that time, Rowland asked him how he was.

"Hope the press isn't getting you down to (sic) much," Rowland reportedly said, to which Andrew replied "No not at all."

Prince Andrew further said: "She is a very sick girl apparently. The innuendo is the problem. But there is nothing one could do with that! Shrug and move one."

The lawyer of the victims who are suing Jeffrey Epstein told The Mail on Sunday that the credibility of the Duke of York is what was at stake and not that of Giiffre.

Virginia Roberts Giuffre has yet to respond to the report, but she maintained her stance and called out the disgraced royal to talk to the FBI. His testimony will help clarify the ongoing investigation concerning Epstein's inner circle following the death of the convicted sex offender while in prison in August of 2019.

"Tick-Tock Andy -- Time To Talk!" Giuffre tweeted on Friday. She also emphasized that the world is tired of all the lies and the coverup and called on the fact that the privilege of being a royal is trying to buy Prince Andrew out of the mess he is in (again!).

"Do the right thing. If not for me, then for all the other victims of Epstein," Giuffre said.

After the disastrous interview thatPrince Andrew had with BBC in November, he has been asked to step down from his royal post. Although he tried to made justifications of his relationship with Epstein, he remained to be the subject of ridicule.

A week after that ill-judged interview, Virginia gave a tell-all interview with BBC and doubled down on her claims that she has had sexual relations with the prince because she was forced to become a sex slave by Epstein.

Buckingham Palace has vehemently denied all accusations thrown against him. Prince Andrew said there was not any shred of truth about them.