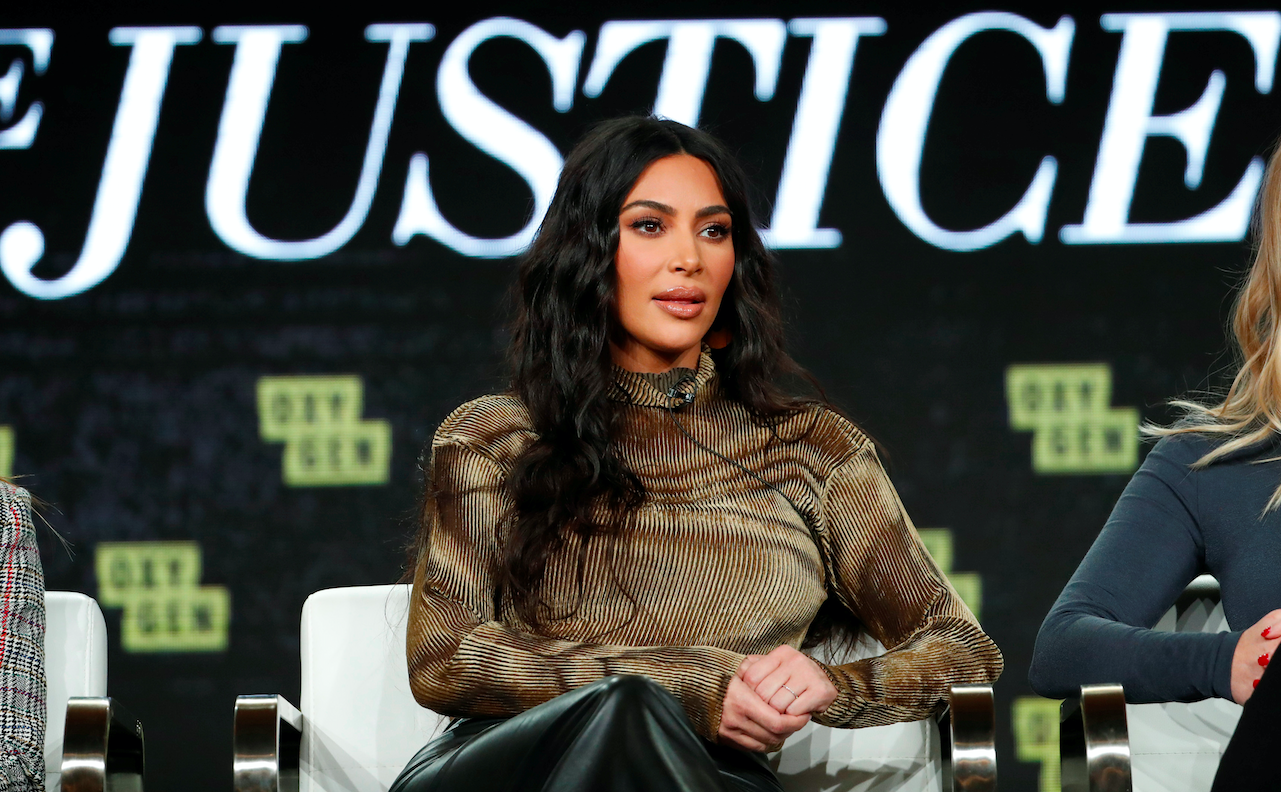 Kim Kardashian is on a mission to lose the 18 pounds she gained before turning 40 years old this October.

Speaking to her followers in a Snapchat video last November 2019, the "Keeping Up with the Kardashians" star confessed she gained 18 pounds in one and a half year, and that she is planning to shed those extra pounds in the upcoming year in her quest to living healthy.

"This is one of my falling off times where I am up, 18 pounds up from what I was a year and a half ago," Kim K. said. "So to feel good, and I just need to get a really good goal weight, so that means working out at all costs."

Now, on Monday night while hosting a Twitter Q&A on her page, Kim revealed the drastic steps she has taken to lose weight.

One of the questions was from Twitter user @stephizzlee, who asked the reality star if she  would ever go vegan. Interestingly, the 39-year-old answered: "I eat mostly plant-based. No meat anymore."

The mother-of-four also shared some of what she eats in a typical day, tweeting, "Oatmeal, and vegan sausage for breakfast, vegan tacos are my fave for lunch! Salads are good too!" Shje added: "Sea Moss Smoothies are delicious too."

However, just because she has cut out the meat does not mean she only eats healthy food. Kardashian also opened up about her favorite junk foods, such as "Cheetos, Cheetos Puffs and Doritos."

The KKW Beauty founder revealed that she hates anything that is  "hot and spicy" even if it is an unpopular opinion.

Kim also said that she loves the "big stuff Oreos that they discontinued years ago." She then pleaded to Oreo's parent company Nabisco to "bring them back!"

For potatoes, the reality star enjoys skinny French fries or baked potatoes. Unfortunately, she does not enjoy waffle fries or sweet potato fries.

When asked what her go-to Starbucks drink is, Kim answered that she goes for the small size of chai latte or the smallest size white chocolate mocha with whipped cream.

According to her, "they have to be the smallest size, or they don't taste the same to me."

The SKIMS boss also shut down speculations about pregnancy cravings, replying to one Twitter user that implied she might be expecting her fifth child with West.

There has been a lot of talk about Kardashian's diet recently. She even gave fans an accidental sneak peek of her fridge. Since then, things have exploded, criticizing the parents-of-four that they only serve their kids' water and milk.

However, Kim and her husband Kanye West have a lot of refrigerators in their Calabasas mansion. One fridge is full of water, and one is full of milk, one is even a walk-in fridge with fresh fruits and vegetables.

On Kim Kardashian West's fridge tour video, she said that they are building on the property "all organic trees" to grow their own vegetables since all of their meals are plant-based.

The reality star only swears by the Atkins Diet, which means a follower eats little to no carbs. Her trainer has one rule, and that is to make her clients eat "real food only."

Sure enough, it looks like her children are also adhering to their parents' diet. Both Kardashian and West are plant-based eaters, so their children are as well. In fact, six-year-old North West is a pescatarian, which means she eats plant-based but also eats fish.