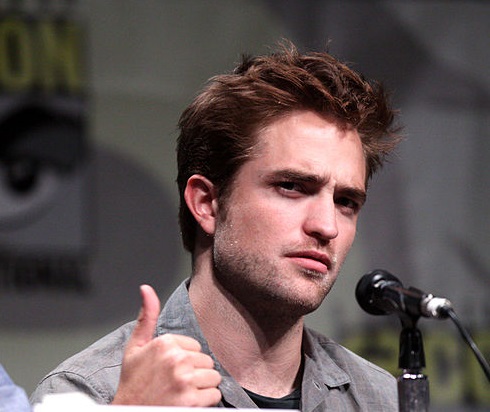 In this age of social media, photo filters, and face enhancement treatments, how does one define the real meaning of beauty? Is it by having tantalizing eyes, pointed nose, defined jawlines, kissable lips, or perfectly toned body?

People set their standards of beauty, but if we get to ask science, Robert Pattinson is the most beautiful man among them all.

According to cosmetic surgeon Dr. Julian De Silva, the British actor has a pretty perfect face based on the Golden Ratio of Beauty Phi. This particular equation was initially being used by artists and architects during the European Renaissance to rule out a perfect masterpiece. Later on, it was adopted by scientists to explain what makes a person beautiful.

The result shows that the 33-year-old "Twilight" star got a 92.15 percent score, which can be translated to physical perfection. It simply means that Pattinson's eyes, nose, lips, chin, jaw and eyebrows -- and even the spacing in between his facial features -- came closest to the ancient Greek idea of perfection.

"Robert Pattinson was the clear winner when all elements of the face were measured for physical perfection," Dr. De Silva told the Daily Mail.

View this post on Instagram
Batman and Twilight star Robert Pattinson is the most beautiful man in the world, according to science. The 33-year-old actor was found to be 92.15% accurate to the Greek Golden Ratio of Beauty Phi - which measure physical perfection. The 33-year-old actor, who takes over as the Caped Crusader in a new blockbuster next year, was found to be 92.15% accurate to the Greek Golden Ratio of Beauty Phi - which measure physical perfection. The Witcher star Henry Cavill was second with 91.08%, Bradley Cooper was third with 91.08% and Brad Pitt, tipped for an Oscar for his supporting role in Once Upon A Time in Hollywood, was fourth with 90.51%. Previous winner George Clooney, the oldest star on the list, slumped to fifth place - largely because of the effect of ageing on the 58-year-old had resulted in a loss of volume in the face, giving him a score of 89.91%. David Beckham was seventh with a score of 88.96% and the most chiselled chin in the top ten. Becks also had a near-perfect ratio in the size of his nose and his lips. The list was compiled using the latest computerised mapping techniques. Robert Pattinson was the clear winner when all elements of the face were measured for physical perfection. These brand new computer mapping techniques allow us to solve some of the mysteries of what it is that makes someone physically beautiful and the technology is useful when planning patients’ surgery. The Golden Ratio was a mathematical equation devised by the Greeks in an attempt to measure beauty. The ratio can be applied to anything and was used by Leonardo Da Vinci for the perfect human male body in his famous work, the Vitruvian Man. The premise behind this is that the closer the ratios of a face or body are to the number 1.618 (Phi), the more beautiful they become. To read the full article, visit the link in my bio. #news #beauty #plasticsurgery #harleystreet #beautifacation #beautifulfaces #jdsgoldenratio #celeb A post shared by  Dr. Julian De Silva MD MBBS (@drjuliandesilva) on Feb 4, 2020 at 12:45am PST

The cosmetic surgeon, who runs the London-based Centre For Advanced Facial Cosmetic And Plastic Surgery, explained that they used the "golden ratio" through a new computer mapping technique that solves the mystery of physical beauty.

"He (Pattinson) was in the top five for nearly all the categories because he has such classically shaped features and a wonderfully chiseled jaw," Dr. De Silva said.

De Silba revealed that the future "Batman" actor only got a below-average score for his lips, which he describes as "a little thin and flat."

Based on the "golden ration," Pattinson's face is so perfect that he even beats all-time Hollywood charmers such as Brad Pitt, Ryan Gosling, George Clooney and David Beckham in the said list.

Coming in the second spot is "The Witcher" actor Henry Cavil with 91.64 percent.

"Henry Cavill was a close second. He had the highest overall score for his lips and forehead and also scored very highly for the matching ratio of nose and lips and his eye position," Dr. De Silva said.

However, it turns out that Cavil's eye spacing scored poorly and did not meet the standard of Greek gods in terms of perfection.

View this post on Instagram
The most handsome men in the world according to the 'Golden Ratio' - 2/10 #jdsgoldenratio Henry Cavill - 91.64 per cent He had the highest overall score for his lips and forehead and also scored very highly for the matching ratio of nose and lips and his eye position. However it appeared the Witcher star was let down by the position of his eyes. He scored poorly for his eye spacing. #news #beauty #plasticsurgery #harleystreet #beautifacation #beautifulfaces #jdsgoldenratio A post shared by  Dr. Julian De Silva MD MBBS (@drjuliandesilva) on Feb 5, 2020 at 1:20am PST

Apart from Pattinson and Cavil, the top five most handsome men on the list include Bradley Cooper with 91.08 percent, Brad Pitt with 90.51 percent and George Clooney with 89.91 percent.

Dr. De Silva said that the result shows that both "A Star is Born" and "Once Upon A Time In Hollywood" actors weak points are the overall shape of their nose and face, while the 58-year-old veteran actor lost points due to the sagging around his eyes.

Meanwhile, the sixth to 10th most beautiful men spot goes to Hugh Jackman, David Beckham, Idris Elba, Kanye West, and Ryan Gosling. All of them scored below 89.64 percent.

Do you agree with Dr. De Silva's ranking? Sound off your thoughts in the comments section.