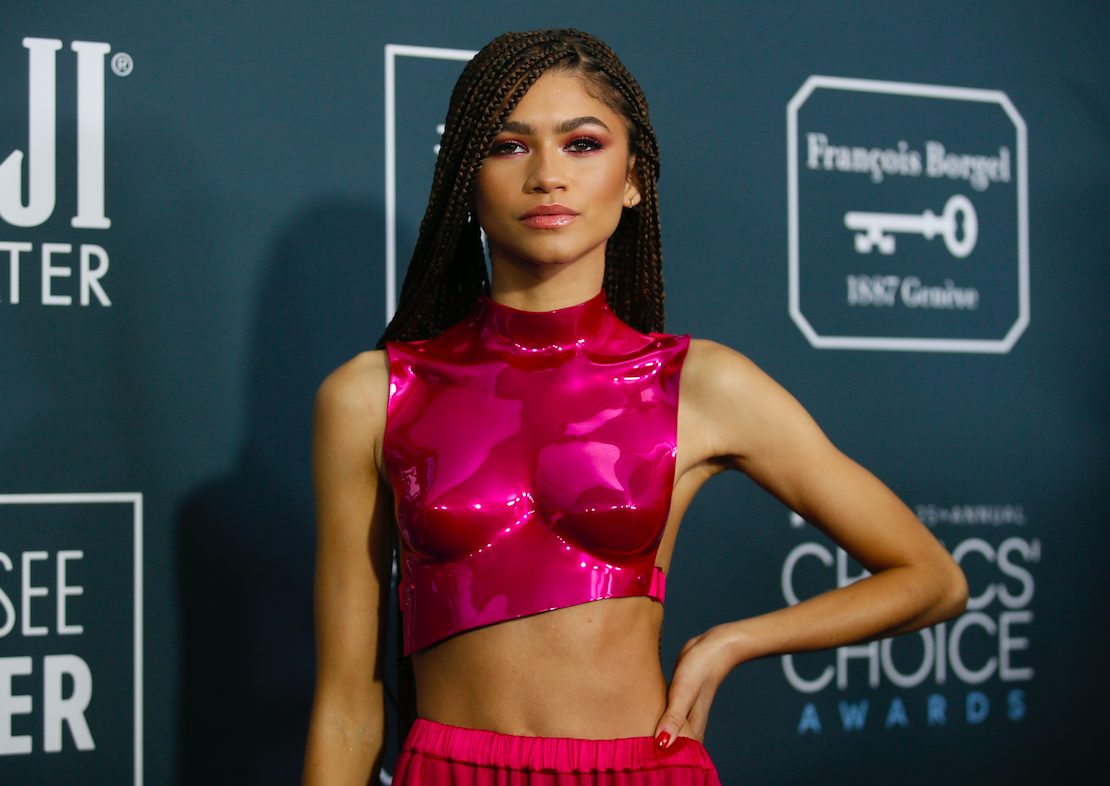 New couple alert! Zendaya and Jacob Elordi literally set the Twitter world in a "euphoric" state after photos of their PDA moments in New York City spread like wildfire.

It was in August 2019 when the 23-year-old Zendaya and 22-year-old Jacob became an item. It all happened when the stars of HBO American teen drama series "Euphoria" was spotted spending vacation time together in Greece.

Fans automatically shipped them, because why not? They are both very much single, young, and look good together. However, Zendaya and Jacob have been downplaying the rumored romance and have always shut it down by saying they are just very close friends.

However, actions will always speak louder than words, and fans are quick to debunk their "we are friends" excuse after they were spotted getting all smoochy in NYC.

On Tuesday, a rather suggestive photo of Zendaya and Jacob went viral on social media as it looks like the gesture caught on cam is not something typical friends will do. In the photo, Zendaya was wearing a tan coat and gray stripes pants while Jacob is sporting an all-black ensemble and NY baseball cap.

Although Zendaya looked innocently focused on her phone, Jacob appeared suggestive as his lips appear to be pressed on Zendaya's head.

The duo was also photographed strolling around and looking perfectly happy in each other's company. The candid shots seem like it is straight out of a romantic-comedy film -- just pure bliss.

However, the following day, another photo sent Twitter into a frenzy, as the Disney alum and the Australian actor was caught on cam locking lips! Yaaay! It only shows that these two are way past "just friends" stage, and their romance is so on.

The Zendaya-Jacob love affair was confirmed by a source who said that the Euphoria stars have been secretly dating for months now.

"Jacob and Zendaya have been seeing each other for months now. They started as close friends, but it became romantic after their show ended," a source told E-News.

"They have been inseparable since last summer and have been making time for each other in between projects."

But wait, there's more! The source said that Jacob already reached the "meet the parents/family" stage, and Zendaya's family "adores him."

It could be recalled that Zendaya recently downplayed his romance with Jacob by calling him her "best friend" while presenting him the Rising Star honor at the American Australian Association Arts Award.

In November 2019, "The Kissing Booth" actor also tried to shut down dating rumors and said that Zendaya is "like a sister" to him.

"She's super dope to work with," Jacob said in an interview with GQ Australia. "She's an incredible artist and a very caring person to all of us. But we're all really close. There is not one weak link in that show. We've spent so much time together, and everyone is just so cool to work with."

Well, does their new PDA photo suggest that they are just BFFs or only "bros" and "sis?" You be the judge.