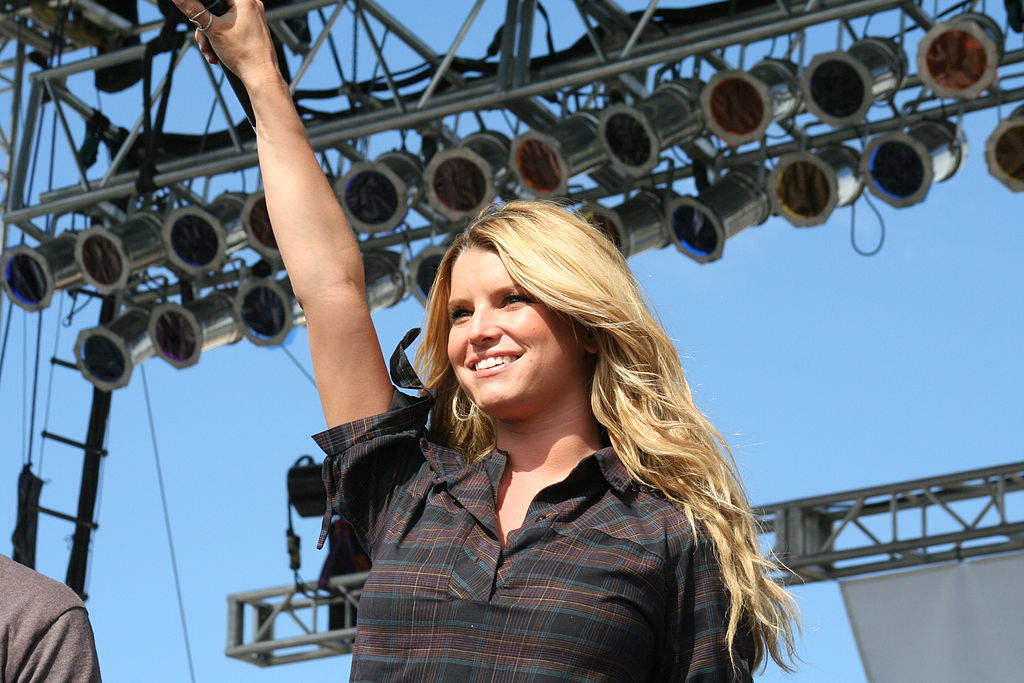 Celebrities are, as people are so often told, just like normal human beings who love to give their partners nicknames. For Jessica Simpson who became a writer, too, her words became flowery enough that she calls Eric Johnson her sexual shaman because of this profound reason.

To celebrate the release of her new memoir entitled "Open Book," Jessica went out and held a book signing event at Barnes & Noble Union Square in New York City with her husband, Eric Johnson, and their three children, Ace, Maxwell, and Birdie.

Talking with "Extra" correspondent Cheslie Kryst, the 39-year-old "I Wanna Love You Forever" singer opened up about her past and present.

She started sharing wonderful things her husband possesses and revealed how he taught her to live and savor the best of her life.

"With Eric, we connect mind, body, soul - it's a very spiritual experience... I call him my sexual shaman," Jessica said as the topic about her sexual life went in full swing.

Moreover, her husband became her savior years after she was sexually abused. According to the star, her body became one of her anxieties. But because of Eric, who embraced her at every size and loved her just the same, everything suddenly felt magical.

To conclude her book signing event, she left her fans with an inspiring note by saying, "Faith is the constant for me... yeah, it was very therapeutic. I have had so many people find inspiration from it, and that's why I wanted to share my story because I wanted people to know I'm just like them."

Aside from her new book, she will also be releasing six songs with the audiobook.

"It allows me to breathe again. I can put music with an audiobook; it doesn't have to all be the traditional way," she went on.

Jessica Talked About Her Past Lovers, Too!

As the conversation went deeper, she continued and revealed what her past partners taught her.

"Johnny Knoxville? He taught me how to grow up," she added before mentioning John Mayer to whom she learned "that nobody deserves to be broken up with eight times."

After going through a number of heartbreaks, she can finally say that she is happy and contented with her sexual shaman now.

"Open Book" Revealed Her Dark Past

Aside from her inspirational experiences in her life, Jessica's "Open Book" also revealed something dark about her past.

As excerpted on one of the pages of her memoir, the "A Public Affair" singer revealed that she was sexually abused as a young girl, and it caused her emotional instability and other mental and emotional problems.

The abuse occurred when she was six years old in a time she shared the bed with her family friend's daughter, who started with just "tickling" her back until it became "extremely inappropriate."

As a young girl who blamed herself for something she did not do, Jessica felt like she was the wrong one despite being the victim.

When Simpson turned 12, she finally braved her fears and told her parents, Tina and Joe Simpson, about her well-kept secret while they were on a car trip. She reminisced how her mom slapped her father's arm before yelling at him.

"Dad kept his eye on the road and said nothing," Simpson recalled. "We never stayed at my parents' friend's house again, but we also didn't talk about what I had said."