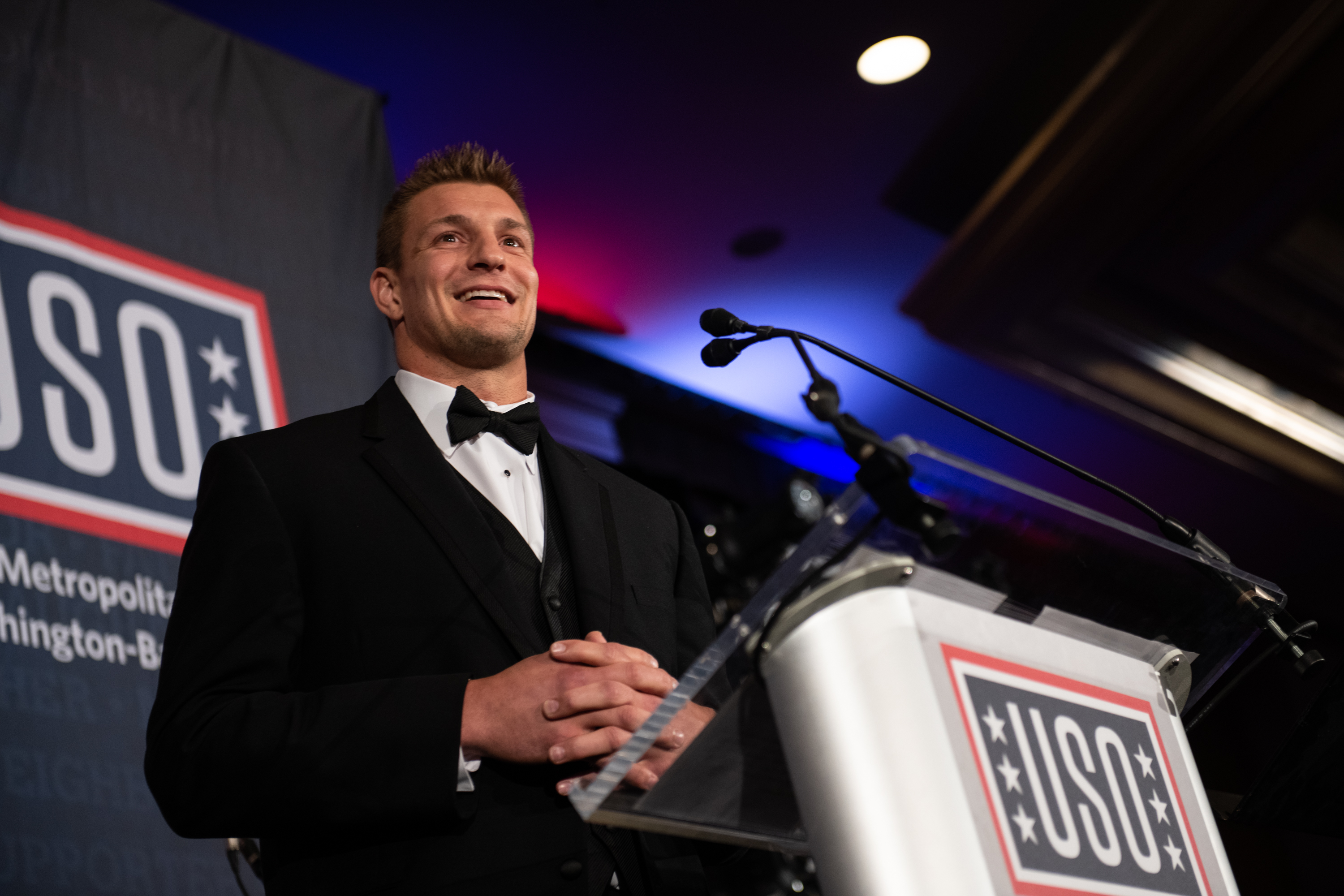 "The Masked Singer" is back for Season 3, and to be honest, it is getting better. Fans could not help but get hooked with this top-secret singing competition.

The show is a mix of entertainment, fun, and mystery, so who would not love it?

After seeing Lil Wayne under a robot costume, the contest is now down to five singers from Group A. Last Wednesday night's episode, the show welcomed another contender under a feracious feline costume called "White Tiger."

With his head-to-toe bulky ensemble, it seems like fans would have a hard time figuring out the celebrity behind the disguise. However, this guy gave away almost all clue, and the internet peeps' instincts only point to one personality: Rob Gronkowski.

Let us narrow down the apparent clue on why the internet is so convinced that the White Tiger is the 30-year-old ex-National Football League player in the latest episode of "The Masked Singer."

Gronk And The White Tiger Are Both Big Guys

The minute the White Tiger graced the television screen, people were surely like: "Whoa! That's one tall tiger!"

The buff feline could be intimidating as he looks like he stands six feet tall, just like Gronk, who is -- according to Patriots Wire -- standing six-foot-six and weighing 250 pounds.

The White Tiger clad in Egyptian-inspired armor dropped a few hints in his opening clip.

"I had no idea how much work went into taking a stage like this. I'm putting in the time to hone this new craft - to put the mass in (a) mask," the White Tiger said.

"But my motto is work hard, play harder. I'm not stranger to celebrating. I love a good block party. And this might sound kind of crazy, but dancing heals my body after taking a beating," he added.

The former New England Patriots star is known as someone who works hard and plays smarter in the field. But he sure knows when to have a good time, as he is always clowning around with his teammates.

Additionally, the White Tiger's costume designer Marina Toybina told Entertainment Weekly that the person behind the mask is "fun, outgoing and incredible."

"It is somebody that enjoys his performance and is definitely larger than life on stage," Toybina added.

It looks vague, but Patriots fan sure knows Gronk's personality matches all the descriptions.

View this post on Instagram
Being an analyst is the best, especially when they let you throw footballs in the studio. Always having fun on set! A post shared by  Rob Gronkowski (@gronk) on Nov 17, 2019 at 9:16am PST

After retiring from his football career, Gronk currently serves as FOX Sports' NFL analyst. With that said, it would be easier for him to get in the show, roam around the studio building and squeeze in broadcast time with song and dance rehearsal.

On the second episode of "The Masked Singer," the huge tiger performed Mark Wahlberg's "Good Vibrations" and Vanilla Ice's "Ice Ice Baby." While fans are quick to recognize the football star's voice, others are so convinced that the tiger's dance moves are similar to Gronk's moves.

Still not convinced? Watch excerpts from the previous episode below to see for yourself!

READ MORE: Kylie Jenner Just Shares How Similiar She Is To Most Females