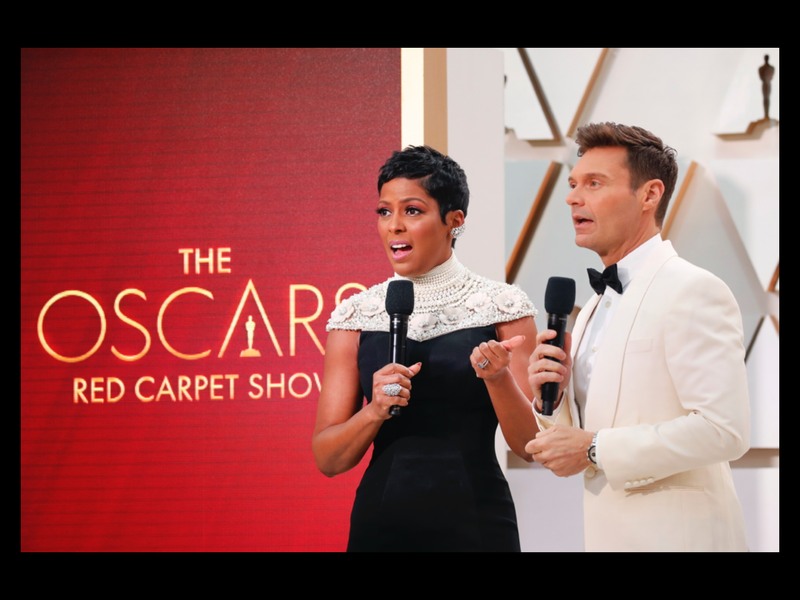 Oscars is considered to be the most awaited and most prestigious among all the other Awards ceremonies in Hollywood. However, in an interesting move, they decided to go hostless for the second straight year.

Last month, The Academy of Motion Pictures took to Twitter their announcement about not inviting a host again for Sunday's Oscars ceremony. They shared their "checklist" and confirmed the presence of "stars, performances, and surprises" except a host.

Instead of the usual single-standing presenter, they unrolled a list of entertainers to complete the night, including Taika Waititi, Lin-Manuel Miranda, and even legends like Steve Martin and Sigourney Weaver. These artists are expected to keep the event flow smoothly for their over 30 million viewers despite the Oscars being on a hostless streak.

This year’s #Oscars at a glance:

Hosting the Oscars was once sought-after by celebrities, as many consider it as a great achievement. However, the position appears to be so hard to fill these days.

The Academy's choice to be host-free started in January 2019 when Kevin Hart backed out from the job. The comedian received public backlash over old homophobic jokes he shared on Twitter one month before the event.

Because the Academy needed to apologize for the actor's embarrassing "jokes," Hart decided to back out and said he does not want to be a "distraction."

"I do not want to be a distraction on a night that should be celebrated by so many amazing talented artists," the "Jumanji" actor said.

Seth MacFarlane, the artist who was considered to replace Hart, added more fuel to the fire after he turned down an invitation since it has "so much focus on it."

Aside from the previous controversies, the Academy turned out to be not paying so well for hosting.

In 2017, after Jimmy Kimmel stood at the spotlight, he claimed that he only earned $15,000 for hosting the three-hour event, which most of the high-profile stars like him considered as a "very low" amount to cover the time, stress, and dangerous excessive exposure on it.

Though the Oscars started their new hostless tradition last year, they successfully pushed the event without encountering so many problems. Moreover, it somehow brought a positive impact after the 2019 ceremony saw a slight upward shift after an overall rating decline in past events.

She also pointed out that the announcer should be able to work smoothly with the winners while promoting the image of the Academy and what it aims to reach.

Some fans and viewers also applauded this move of the Academy, with one fan saying, "A host is no longer necessary since you've made the event so politically correct (and boring), they aren't allowed to tell funny jokes anymore. I miss the days of Hope, Carson, Crystal. Now it's just a 3+ hour snooze-fest."

Another one replied to the Academy and said that no one wants to do it anymore since "it is a thankless job."

Whatever the Academy prepared this time, the spectators can only hope for another host-free but successful event.