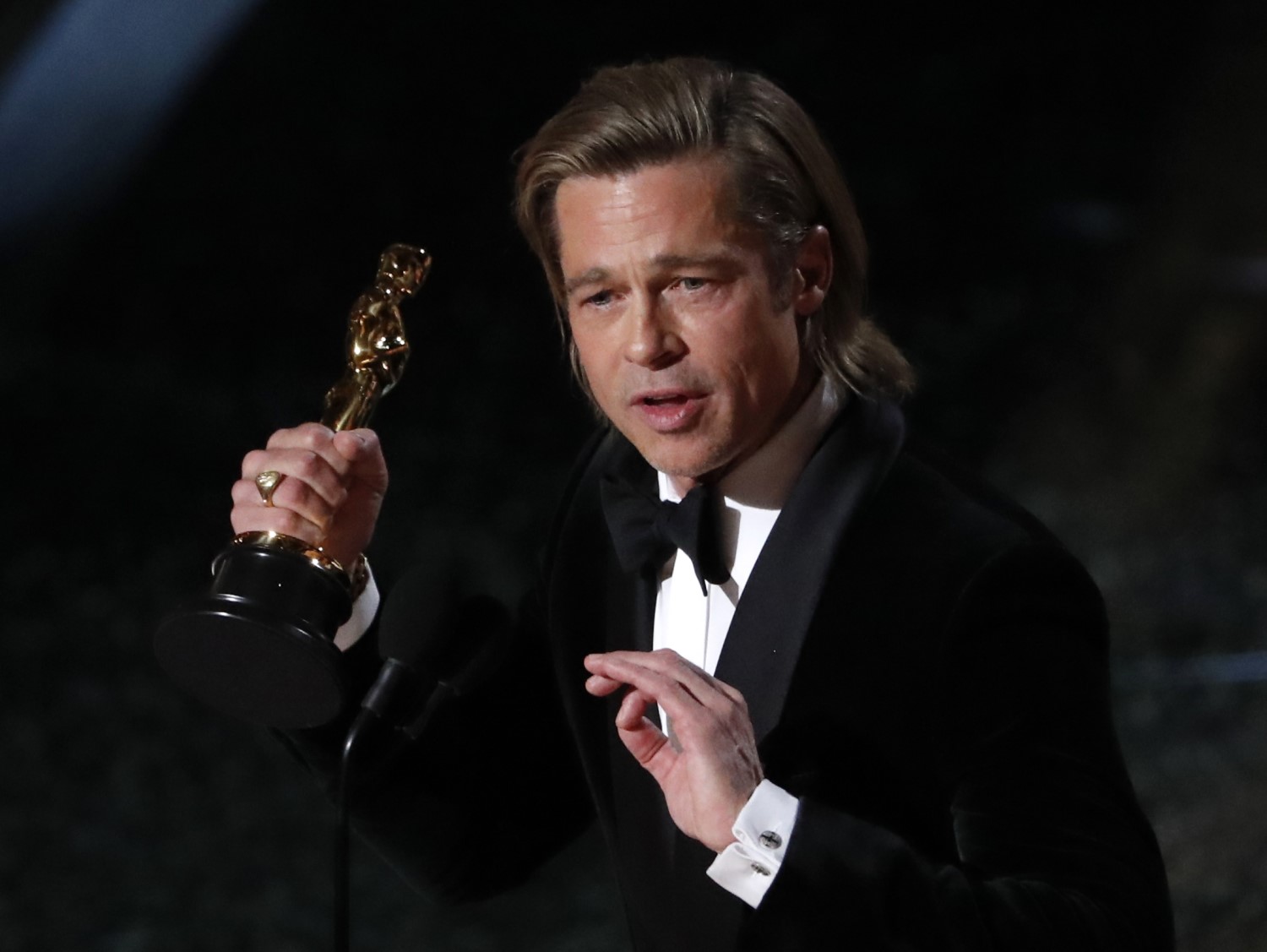 Brad Pitt continues to reap the fruits of his labor as he just received his first-ever Oscars acting award.

The 56-year-old Hollywood actor took home the Best Supporting Actor award for his excellent portrayal of the role Clifford Booth in the Quentin Tarantino film "Once Upon A Time In Hollywood."

Brad played the role of Clifford, a charming and laid-back stunt double of Leonardo DiCaprio's character, who is an almost-fading Western TV action star.

The man of the hour won the Oscars over fellow nominees, including Tom Hanks (Played Fred Rogers in "A Beautiful Day in the Neighborhood"), Anthony Hopkins (As Pope Benedict XVI in "The Two Popes"), Al Pacino ( As Jimmy Hoffa in "The Irishman"), and Joe Pesci (Played Russell Bufalino in "The Irishman").

Brad first won his Academy Award as a producer back in 2014 for the best picture film, "12 Years a Slave." However, this one is his first-ever Oscars acting award after being in the movie industry for almost three decades.

No Jokes This Time

Brad, who has been winning the internet with his hilarious speeches since the awards season started, got a little serious and emotional for his Oscars acceptance speech.

He got a little political and specifically called out the senate for blocking John Bolton's testimony for the impeachment trial of U.S. President Donald Trump.

"They told me I only have 45 seconds up here, which is 45 seconds more than the senate gave John Bolton this week," Brad said.

"I'm thinking maybe Quentin [Tarantino] does a movie about it. In the end, the adults do the right thing," he added.

Brad also gave a sweet shout out to the "Once Upon A Time In Hollywood" director, saying he is one-of-a-kind and said that the film industry would not be the same without Tarantino.

Leonardo DiCaprio also gets a special mention, as Brad said he will ride on the man's coattails any day -- adding that "the views fantastic" from behind.

Of course, he did not forget to pay tribute to the rest of the film's cast and specially gave a little love to their stunt coordinators and stunt crew.

If Brad had everyone gagging during his speeches when he won Best Supporting Actor at the Golden Globes, Screen Actors Guild Awards, and BAFTAs, this time is an aww-worthy moment as the father-of-five mainly dedicated the Oscars to his children: 18-year-old Maddox, 15-year-old Zahara, 13-year-old Shiloh, 11-year-olds Vivienne and Knox.

"I think of my folks for taking me to the drive-in. [Thanks] to all the wonderful people I've met along the way. To stand here today, Once Upon a Time In Hollywood. Ain't that truth?" Brad said.

"This is for my kids who color everything I do. I adore you."

Movie critics labelled Brad's performance as Clifford Booth as the best of his career. Aside from his excellent acting, they also praised his extended shirtless scene, which made the entire Hollywood fans go crazy.

© 2020 ENSTARS, All rights reserved. Do not reproduce without permission.
TAGSBrad Pitt Oscars Oscars 2020 Once Upon a Time in Hollywood Best Supporting Actor
SEE COMMENT
CLOSE COMMENT