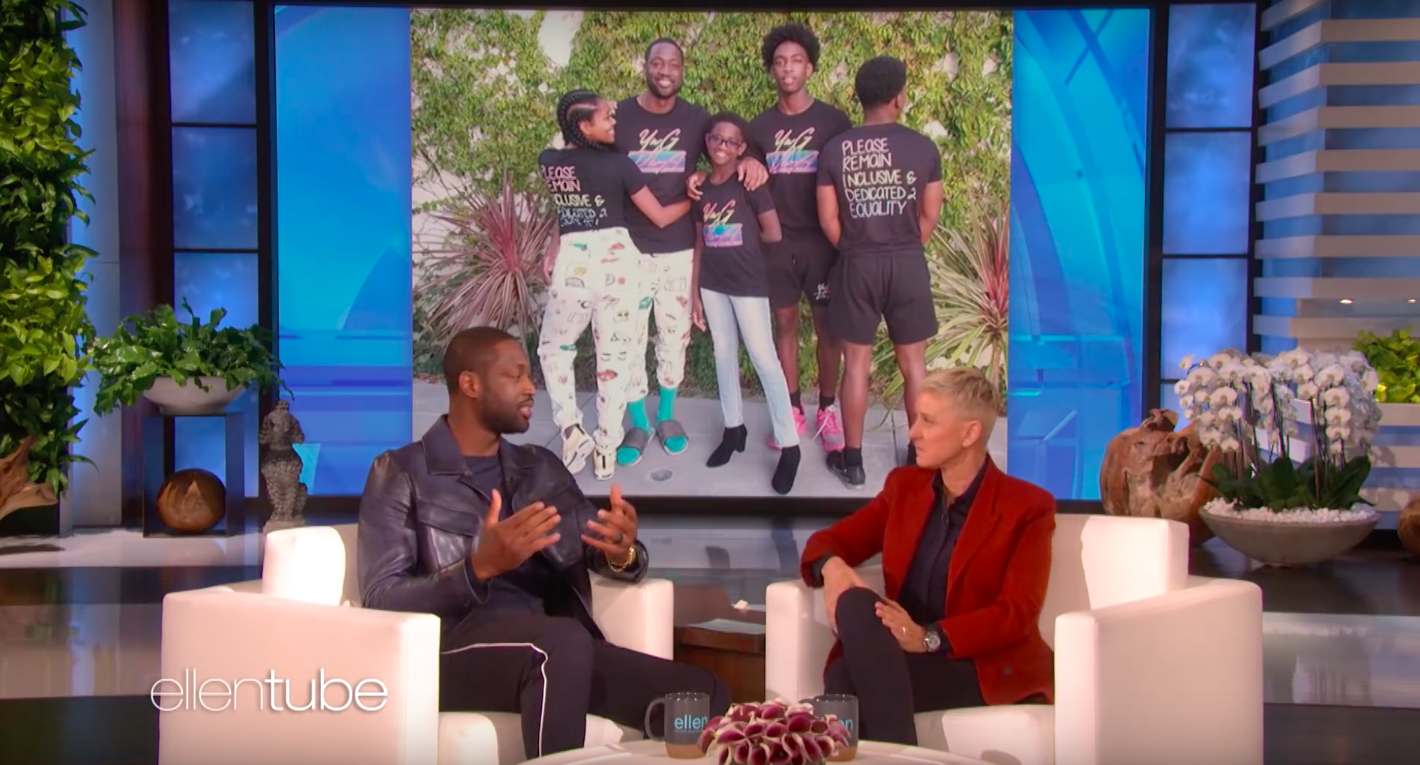 The LGBTQ+ has a new member to their community, and that is the daughter of former NBA player Dwayne Wade, Zaya.

Speaking to The Ellen DeGeneres Show on Tuesday, the former Miami Heat star opened up about the moment when one of his children came out as transgender.

"Zaya, our 12-year-old, came home - I don't know if everyone knows, I originally named him Zion. Zion, born as a boy, came home and said, 'Hey, so I want to talk to you guys. I think going forward, and I'm ready to tell my truth. And I want to be referenced as she and her. I'd love for you guys to call me Zaya.," Wade deatiled.

The NBA legend continued that instead of questioning his child, he showed his support -- just like how any other parent should. Wade recalled how his son Zion came home and asked them to call her "Zaya" moving forward.

"I looked at her and said, 'You are a leader. It's our opportunity to allow you to be a voice," Wade added.

Wade furthered that he wants his 12-year-old child to have the best opportunity "to be her best self," and he is more than ready to support her in her future endeavors.

For now, Wade and his wife and Zaya's stepmother, Gabrielle Union, are just trying to "figure out as much information" as they can to ensure that they give their child the best opportunity to be her "best self."

DeGeneres, who is an out lesbian, commended the basketball player for being what every parent should be regarding his support of Zaya's gender identity.

Ellen told the Heat icon, "There are so many parents out there who say, 'You're not going the way I imagined or wanted you to be' and freak out. But you're so loving and supportive."

Wade has been loud about his advocacy for the LGBTQ+ community for quite some time. Last spring, he responded to backlash for supporting his son's decision to march in a gay parade.

Union was also a supportive mom, as she was with Zaya attending the Miami Beach Pride Parade. Meanwhile, although Wade was not able to join since he was on the road with the Heat at that time, he posted pictures of his wife and son from the parade on his Instagram story.

According to one of his captions, he wrote, "We support each other with Pride."

Amid their support, Wade, Zaya and their whole family became the subject of heavy criticisms -- particularly because Zaya is only 12 and should be guided through her gender identity crisis.

Because of the backlash they received, Wade spoke to Variety to explain his side.

"I don't talk about it much because it's Zion's story to tell. But I think as a family, we should support each other. That's our job," Wade said.

He also added that as a father, he is going to "facilitate their lives and support them and be behind them" in whatever their children would want to do.

Dwayne Wade also explained that not all parents and children are the same, so as a parent, "you have to get to know them and where they are."

Additionally, Wade said that once you become a father, you become "unselfish" because it's your job to be a "role model" for them.

Wade has watched his son grow from day one and eventually coming into what she is now, so for him, "nothing changes" his love and his responsibilities.