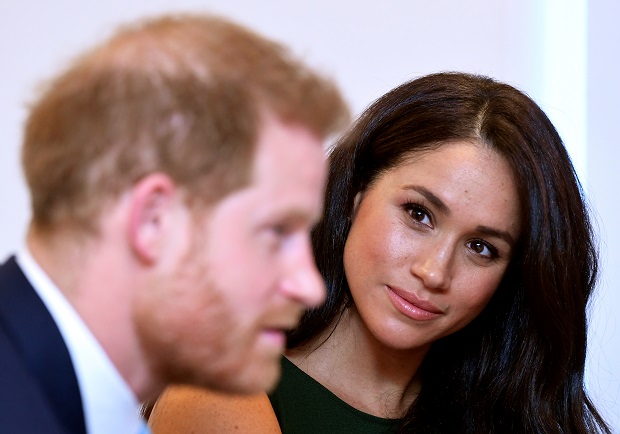 Meghan Markle has fallen victim to cyberbullies. In fact, a new study revealed that she has been trolled more online than any other famous personality, including Donald Trump and TV commentator Piers Morgan.

For what it's worth, both men are known to make controversial commentaries about the Duchess of Sussex.

Yet, despite their controversial presence online, the two men seem to have received less negative mentions than Meghan.

Trolls on The Loose

The study released by Online Casino revealed that the talk show host Piers Morgan gets trolled more than Trump. Per the study, 50 percent of the tweets about Morgan were negative compared to the 48 percent negative tweets about Donald Trump.

The two have been under a lot of heat because of the opinions they express on social media.

The study looked into the most recent 500,000 tweets that have mentioned celebrities worldwide. The goal was to find out who is the most hated. The data collected was also subjected to content analysis to identify which of the tweets included a positive message and which one included a negative commentary.

The study also looked into the ratio of the number of times the celebrity was mentioned in the tweet. Morgan ranked fourth on the most trolled list while Trump landed on the sixth spot.

Meghan sits on the third spot, as the study found out that 53 percent of the tweets about her are negative. However, Morgan, Trump, and Meghan were not the most trolled celebrities according to the study.

What Do Trolls Say?

In January of last year, one Twitter user pointed out that Morgan interrupts people who are making a point and called the television host "a self-deluded narcissist." Another user described him as a "horrible man."

On the other hand, the President of the United States was not exempted from all the negative comments online. One user wrote, "Donald Trump is an idiot wrapped in a moron smothered in imbecile sauce and served with a side of stupidity."

At the beginning of this year, Meghan received a lot of negative comments, especially after the Duke and Duchess of Sussex announced their decision to step back as senior members of the royal family.

One user wrote, "I hate Meghan Markle. I hate every woman who marries into  a family and decides she could not go on with them and starts tearing the family apart just so she can have her way."

Although a lot of people thought the gesture of Prince Harry turning his back on the family for Meghan was romantic, some have pointed out the role that Meghan played in everything. A lot of them tweeted about how Meghan screwed everyone else in the royal family, including the Queen, just so she could get what she wanted.

According to the site that conducted the study, online trolling has been on the rise with at least 23 percent of British celebrities being the target of online abuse.

Furthermore, the study revealed that online users between the age of 18 to 24 are more likely to become online bullies. These are the people who are not afraid to express their opinions online no matter how blunt or rude it may sound.

Although anyone can be a victim of trolling as a form of cyberbullying, celebrities often become the center of criticism, particularly because of the nature of their job.