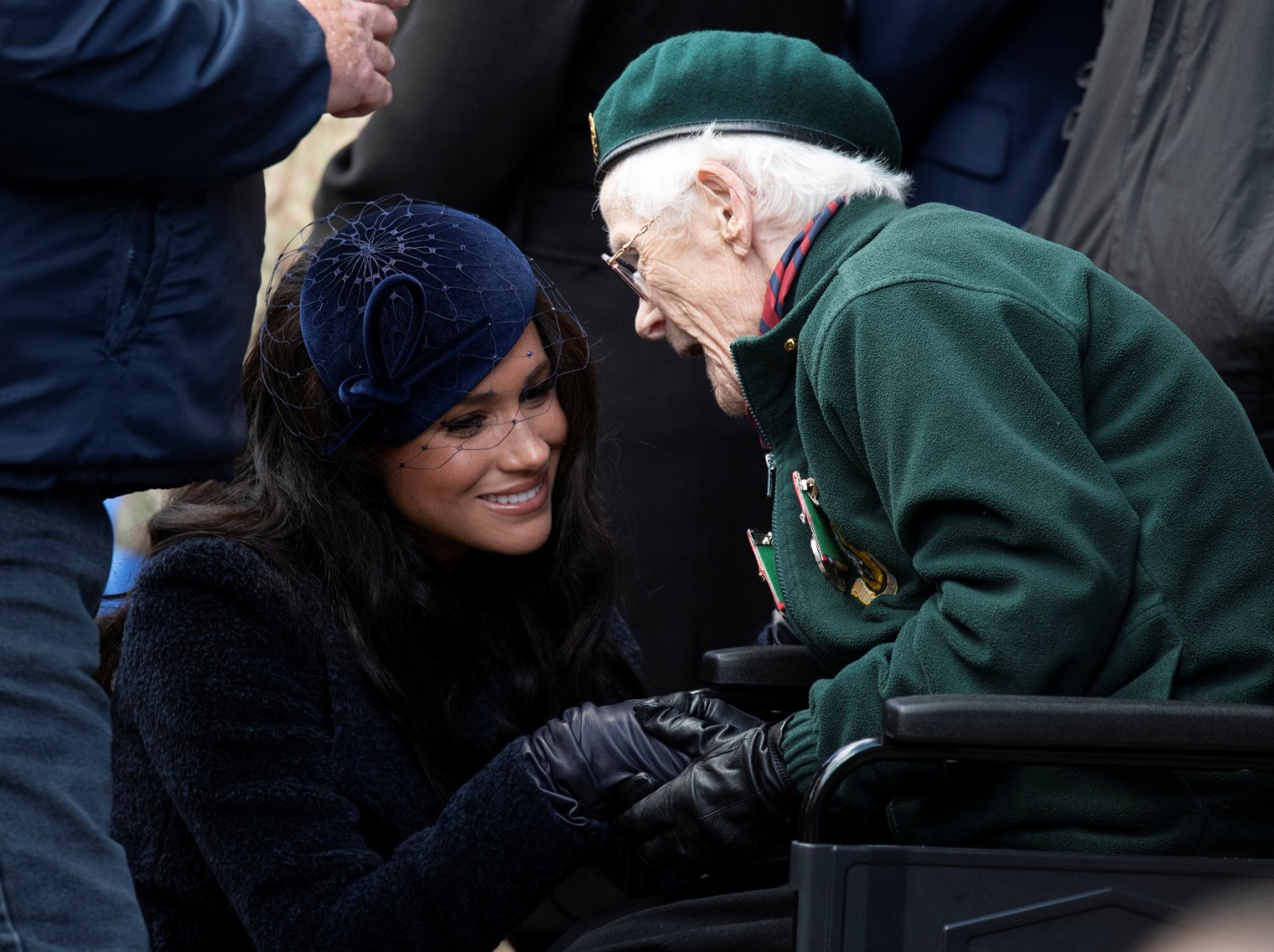 Remember the time when Piers Morgan called the Duchess of Sussex a "whiny actress?" He claimed Meghan Markle left friends like Morgan when she married into royalty. Now her family says she has left them behind, too.

In a resurfaced article from 2015, former actress and lifestyle blogger Meg revealed her tips on how to "fake fancy."

That just makes us think twice if the Duchess is really truthful in her intentions or was she crying crocodile tears at the ITV documentary.

Ok, let us stop there for a moment. The Duchess did not really mean she was a fake. Rather, at the time she was giving advice on how to have fancy holiday décor without breaking the bank.

Markle shared a sweet deal on how she makes use of silver platters she buys at a local flea market. She can whip up hors d'ouevres and make them look fancy schmancy by plating them on silver trays.

When she became royal, Meg turned to her old self for advice. She entertained friends with tea and truffles served on a silver platter. Of course, this time those were not from the flea market.

Meg was at the end of heavy criticism for refusing Sandringham Christmas with the Queen and other members of the British Royal family.

Prince Philip, Duke of Edinburgh is feeling unwell these days and Meg chose to take his grandson and great-grandson on a trip abroad with her.

The Queen is also said to be passing along royal duties to his son Prince Charles in 18 months.

While Buckingham Palace confirmed that the Sussex Royals' six-week trip is for "much-needed family time," royal commentators cannot help but think that the timing is quite off.

Apparently, Meg had a little coaching from her former self. Meg was eager to "break family traditions" even before she married Prince Harry and had Baby Archie.

Meg had a clever excuse to "avoid Aunt Julie's fruit cake," saying a holiday with friends is the way to do it. To make it easy on the pocket, Meg likes potlucks or better yet, having her friends together to cook in the kitchen.

Without a big enough dining table during her single days, she would use the kitchen counter or buffet to set-up the holiday feast.

Could Meg have skipped on "royal family traditions" for the holidays with this age-old excuse that worked in the past? So her bitterness over Aunt Julie's fruit cake, does that signify a strain in her family too and not just with the senior royals?

Not Doing Too Well With Family

Rumors have been circulating -- perhaps to suggest to the Duchess -- that she go make amends with her family. Remember, Meg only had mum Doria Ragland with her at her royal wedding and Prince Charles walked her down the aisle and not her father.

Recently, her uncle Mike Markle, a former diplomat revealed how hurt he was that his niece would turn her back on them after having helped her before.

Meg's uncle revealed that her role as press officer at the American embassy in Argentina was his doing. Now he feels that his niece "climbed socially and left his family behind."

Mike blamed his brother Thomas Markle, for how he raised his daughter to have such a strong character that makes her "difficult" towards her sister-in-law Kate Middleton and the other senior royals. He added, "That is what happens when you are an underclass trying to rise above the reality of the situation."

All Meghan wants to do is avoid her aunt's fruit cake! (Geoff Pugh/Pool via REUTERS)