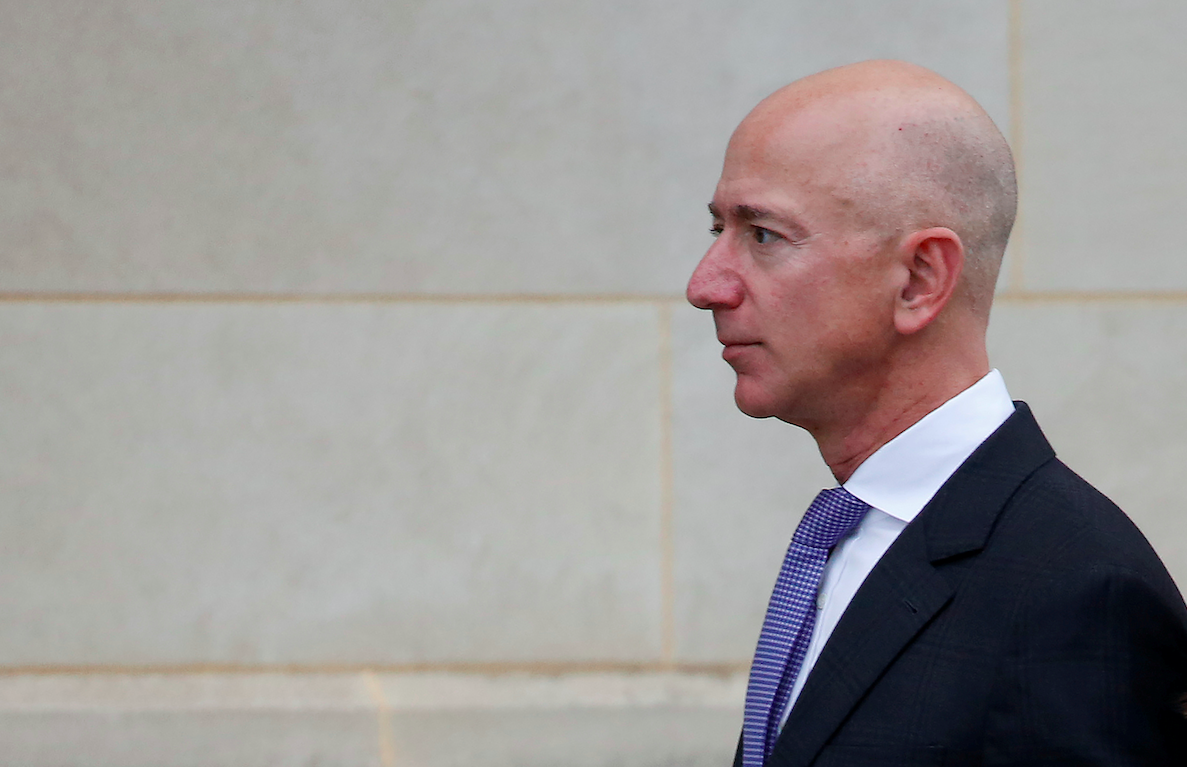 Amazon CEO Jeff Bezos, one of the wealthiest men in the world, just dropped an eye-popping amount of money for a new house in one of the world's most exclusive zip codes, 90210.

According to The Wall Street Journal, Bezos bought the most expensive property in Los Angeles, the Warner Estate, from another wealthy man, David Geffen. According to the report, he shelled out a jaw-dropping $165 million to acquire the estate.

When Geffen purchased the property in 1990, it was only at $47.5 million. He set the record at the time for the most expensive house for a Los Angeles home.

Bezos' purchase set a new record for the most expensive home sale in the Los Angeles area, with the previous record being Lachlan Murdoch's purchase of the iconic Bel-Air Chartwell Estate for $150 million last December 2019.

For context, the Amazon founder's net worth is $131.9 billion, so splurging on the hundred million mansion was easy for the business mogul.

The Warner Estate spreads nine acres in Beverly Hills. It was designed in the 1930s for Jack Warner, who was the former president of Warner Brothers. The construction took a decade to finish.

In 1992, Architectural Digest featured the mansion in one of its spread, describing the house as a 13,600 square-foot Georgian style mansion that Warner gradually created over a decade.

Outside the Warner Estate, it has terraces, guest houses, a tennis court, garages with their own gas pumps, and a golf course which has a 9-hole course.

"No studio czar's residence, before or since, has ever surpassed in size, grandeur, or sheer glamour the Jack Warner Estate on Angelo Drive in Benedict Canyon," Los Angeles real-estate agent Jeff Hyland said.

It is worth noting that this is not Bezos' only Los Angeles purchase.

According to the Wall Street Journal's source, he also shelled out another $90 million to buy a plot of land near the mansion from the estate of Microsoft co-founder Paul Allen.

That deal was made by Bezos Expeditions, an entity that controls several of the Amazon founder's other investments, including The Washington Post and space company Blue Origin.

Bezos' venture capital firm purchase a plot of undeveloped land in Los Angeles for $90 million, according to the WSJ.

With the $255 million purchase of both properties, Bezos continues to expand his extensive real estate portfolio.

The move comes at a time when the Amazon Chairman and CEO are becoming a regular in Hollywood circles.

Aside from real estate, Bezos also cashed out $52.5 million for an artwork at a Christie's auction. The billionaire bought "Hurting the Word Radio #2" in November 2019 and the "Vignette 19" by Kerry James Marshall for $18.5 million.

The amount he spent is tiny compared to his recent sale of Amazon shares. In a transaction that concluded early this month, Bezos received around $4 billion for the sales.

Even after the sale and a divorce last year that cost him a huge chunk of his wealth, Jeff Bezos remains the world's richest person.

The gap is widening, with the second richest person Bill Gates trailing him by over $10 billion.

READ MORE: America's Got Talent: The Champions' Winner: Marcelito Pomoy Got This?