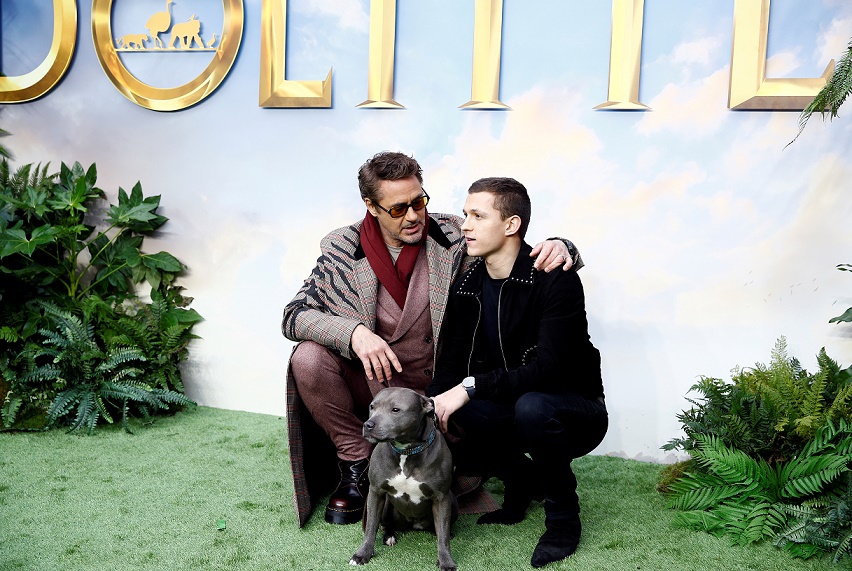 Fans are craving for more Robert Downey Jr. and Tom Hollan reunion, and they got what they wanted even if it is fake.

RDJ and Holland reunited, but not in the Avengers. Instead, the two were seen in "Back to The Future" after thery were "deepfaked" in a scene between Marty and Doc.

While Downey Jr. and Holland recently joined forces in Dolittle, the recent viral video is still a can't-miss for all the fans. Besdies, some may say it is better!

Deepfake is now considered as the 21st Century's upgraded version of Photoshop, as artists use a form of Artificial Intelligence (AI) to make a person be included in some fake events. Many famous personalities have their version of deepfakes, including former U.S President Barack Obama, President Donald Trump, Mark Zuckerberg, and Jon Snow.

This time, from being Marvel superheroes, RDJ and Holland were transformed into "Back to the Future" characters by the Youtuber EZRyderX47.

For the now-viral video, the creator retained the scene's audio and viewers can still hear Christopher Lloyd and Michael J. Fox voicing the characters Doc Brown and Marty McFly, respectively.

However, their faces have changed, with RDJ becoming Doc and Tom becoming Marty.

Because of this perfectly created deepfake, fans started to leave  comments on the Youtube post and called the for the attention of the "Back To The Future" creators.

"I don't want them to remake Back to the Future, but Tom Holland and Robert Downey Jr would be great choices for Marty and Doc," one fan said.

Another one seemed to have faced some troubles in telling who's who that he said, "Gets so close up on their faces and you'd never be able to tell. Amazed how far this has come so quickly."

What amazed fans the most was the fact that Tom Holland sounded and looked like a young Michael J. Fox.

"This is just incredible! And that's more incredible is the similarity between Fox and Holland," one commenter claimed.

The deepfake -- which received positive responses -- was posted on Valentine's Day and already has more than 1.7 million views and 22,000 thumbs up in just two days.

They still do not know if Peter Parker and Mr. Stark would feel okay once they see the clip, but fans felt so good because of that.

"Back To The Future 4" Not Happening?

It is sad to say, but even if fans want RDJ and Tom for the next "Back To The Future" spinoff, the movie itself appeared to be impossible to launch.

Christopher Lloyd a.k.a Doc made it clear that it is not happening any time soon -- or not ever anymore.

Talking at German Comic Con Dortmund, the trilogy star said that if if "Back To The Future 4" happened before or would happen soon, it would collide with "Rick and Morty."

"Some way, somewhere in another time zone, in another space zone," Lloyd said when asked if he wanted the film franchise to have another movie.

The announcement came after he said last summer that he would be delighted to return for a fourth part of the franchise. However, Christopher would only do it if the team could come up with the "right idea" to extend the story.