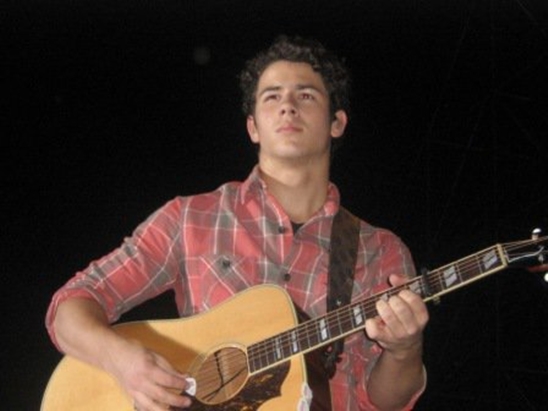 A new season of "The Voice" is finally coming to our television soon.

The newest addition to NBC's singing competition starts with a longstanding tradition where they welcome the newest judge of the show, Nick Jonas.

Kelly Clarkson, John Legend, and Blake Shelton joined the Jonas Brothers member for a performance of his famous song, "Jealous."

The video of their performance hit the internet on Monday, a week before it airs on February 24.

Each singer took their own twist to the song - Clarkson with her heavy and diva-like vocals,

Shelton giving Jonas' song a country twist and Legend with his soulful rendition that seemed to be serenading the viewers.

The four judges all come together there on out, singing the song's bridge and choruses for the rest of the performance, and the audience can't deny that they love what they're seeing.

Nick Jonas appeared on the 8th season of "The Voice" as a mentor to then-coach Christina Aguilera's team. He will take a seat this season in the red spinning chair that used to be Gwen Stefani's.

To be able to become a successful coach on "The Voice," the three gave some clever tips to the rookie.

Blake only wants Jonas to learn how to do his signature move -- pointing to his head. He also said, "Try not to lose" because apparently, the country musician is "The king of 'The Voice.'"

Kelly warns the newbie that "Blake lies a lot," however, according to Shelton, "because that's how you make it in the music industry!"

John Legend, on the other hand, told Nick to watch out for the other judges. "When I began on 'The Voice,' they use their one block on me. It's a terrible welcome to me. I've been blocked by everybody on this stage," Legend said.

News of his new gig was announced back in October during an appearance at "The Ellen DeGeneres Show."

"I am so excited about this. It's such an awesome group of individuals, and I can't wait to help these artists really build and hone in to find their unique voices," he said.

President of NBC Entertainment Meredith Ahr also said, "As a member of one of the hottest pop groups, Nick's success in navigating all aspects of the music industry is exceptional."

She added, "We were so impressed by his innate musicality, technical aptitude, and passion and know he will be an incredible fit as a coach on 'The Voice.'"

Apart from Jonas joining this season, there will also be new Mega Mentors.

It is reported that Dua Lipa, who performed on the 14th and 17th season, will return to serve as a mentor with Kelly Clarkson.

Bebe Rexha, who served as the fifth coach on the show for the second season of the Comeback Stage, will return to the singing competition as a mentor for the country superstar Blake Shelton.

Nick isn't going to be the only Jonas who will be part of the show, as his brothers Kevin and Joe Jonas will join Team Nick for Season 18 as Mega Mentors.

British singer Ella Mai will join John Legend as his advisor for this season's "The Voice."