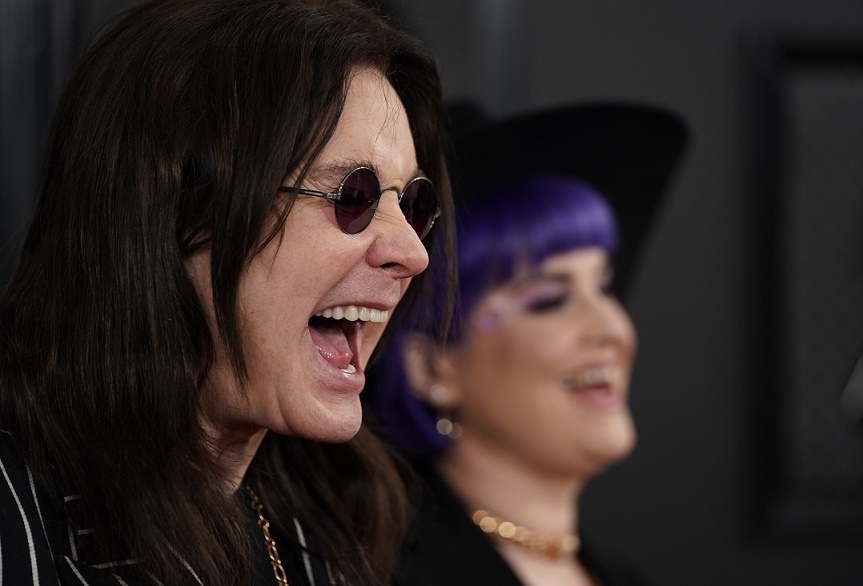 Ozzy Osbourne's North American tour is no more, but it is for the better since pushing through the concerts meant sacrificing his health even more.

Months before his next tour, Ozzy revealed the details about his health status and stated that it got worse since he was diagnosed with Parkinson's disease.

In a statement on his official website, Ozzy said that his decision to focus on his treatments this time will push him to continuously recover from the health issues he faced over the past year -- meaning that he wwill not be able to fully focus on his concert.

Ozzy highlighted that he does not want to be unfair to fans by pushing through the concert then canceling on the last minute.

Aside from formally canceling his North American leg tour "NO MORE TOURS 2," he took the chance to express his gratitude and apologies to his fans.

"I'm so thankful that everyone has been patient because I've had a shit year," Osbourne said in his statement. "Unfortunately, I won't be able to get to Switzerland for treatment until April and the treatment takes six-eight weeks.

"I don't want to start a tour and then cancel shows at the last minute, as it's just not fair to the fans. I'd rather they get a refund now and when I do the North American tour down the road, everyone who bought a ticket for these shows will be the first ones in line to purchase tickets at that time."

The supposed North American tour was scheduled to kick off on May 27, starting in Atlanta until its last show in Las Vegas on July 31.

The European show in Newcastle, England, on October 23 is the only concert of Ozzy that has not been canceled yet.

What Happened to Ozzy?

The former lead vocalist of the 1970s heavy metal band Black Sabbath got admitted to the hospital numerous times in the past few years and months.

In October 2018, Ozzy was first treated for staph infection. He also suffered from flu and bronchitis in early 2019, which made him reschedule the European leg of his "No More Tours 2" to autumn 2020 (October 23).

His son Jack (who was diagnosed in 2012 with multiple sclerosis) and daughter Kelly were the first ones to notice that "something about him was not right" -- and something really wasn't.

A few months after his second hospitalization, the rock star hurt himself in numerous falling incidents, which led him to undergo surgery after surgery.

During his treatment because of the bad fall, he was diagnosed with a "mild form" of Parkinson's disease. He only revealed it last month when he appeared on the U.S. TV show Good Morning America.

"I'm no good with secrets," Ozzy said, pointing out to the rumors circulating about his health. "I cannot walk around with it anymore because it's like I'm running out of excuses, you know?"

His wife, Sharon, also shared that Ozzy's condition is not a death sentence, but it has already affected specific nerves in her husband's body.

She also disclosed that they are planning to consult doctors overseas to find other possible treatments, particularly in Switzerland, this April 2020.

"We've kind of reached a point here in this country where we can't go any further because we've got all the answers we can get here," Sharon ended.