It has been announced that "Back To The Future" already reached its climax and will no longer have a spinoff anytime soon. But you can mend your heart by rewatching its trilogy through its Blu-ray version from Amazon!

It is sad to say, but even if fans launch countless petitions for a "Back To The Future" spinoff, the movie itself appeared to be impossible to launch.

Christopher Lloyd, a.k.a Doc, made it clear that it is not happening any time soon -- or not ever anymore.

Talking at German Comic Con Dortmund, the trilogy star said that if if "Back To The Future 4" happened before or would happen soon, it would collide with "Rick and Morty."

"Some way, somewhere in another time zone, in another space zone," Lloyd said when asked if he wanted the film franchise to have another movie.

The announcement came after he said last summer that he would be delighted to return for a fourth part of the franchise. However, Christopher would only do it if the team could come up with the "right idea" to extend the story.

Since they cannot have something to "go back to" again, they made it possible for the fans to watch the trilogy once more that became part of their lives. It is all thanks to Amazon for keeping "Back to the Future Trilogy [Blu-ray]" in stocks!

The Back to the Future 30th Anniversary Trilogy's Inclusions 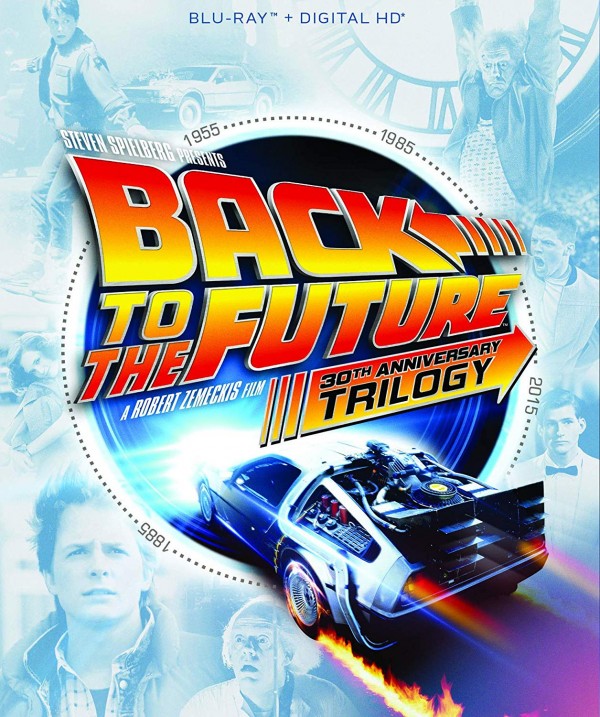 From the first part of the film until its part three, we are sure that you will enjoy the series and the new content!

Come and join Marty McFly, Doc Brown, and a time-traveling buddy for another adventure of a lifetime through "Back To the Future" Blu-Ray version. This collection contains bonus scenes and extensions.

It also comes with an extra disc that contains over two hours of fresh and new content (the deleted scenes) to complete the missing pieces of the storyline from disc one to disc three.

The bonus disc will give you a glimpse of the trilogies behind the scenes and their making, Michael J. Fox Q&A, the footage behind the makeup tests of the characters, its outtakes, and even the way they set-up the nuclear bombs!

Aside from the aforementioned bonus clips, it will also include the clips that focused on the people behind the camera, including the film's storyboard sequence, production design, and visual effects.

If you are a big fan of DeLeorean and the time travel scenes, you can finally see for yourself how they created a masterpiece years ago!

Back To The Future Musical

While waiting for your order from Amazon, you might want to see its reboot on stage!

The adaptation of the 1985 "Back To The Future" movie is back at the Manchester Opera House starting Feb. 20.

Though they still have a few days to invite more viewers, they already received positive feedbacks on a survey by The Hollywood Reporter in November 2018.

John Rando will direct the musical while Olly Dobson and Tony winner Roger Bart will lead the team as Marty McFly and Doc Brown.

READ MORE: VIRAL VIDEO: Robert Downey Jr., Tom Holland Got Deepfaked in 'Back To The Future'