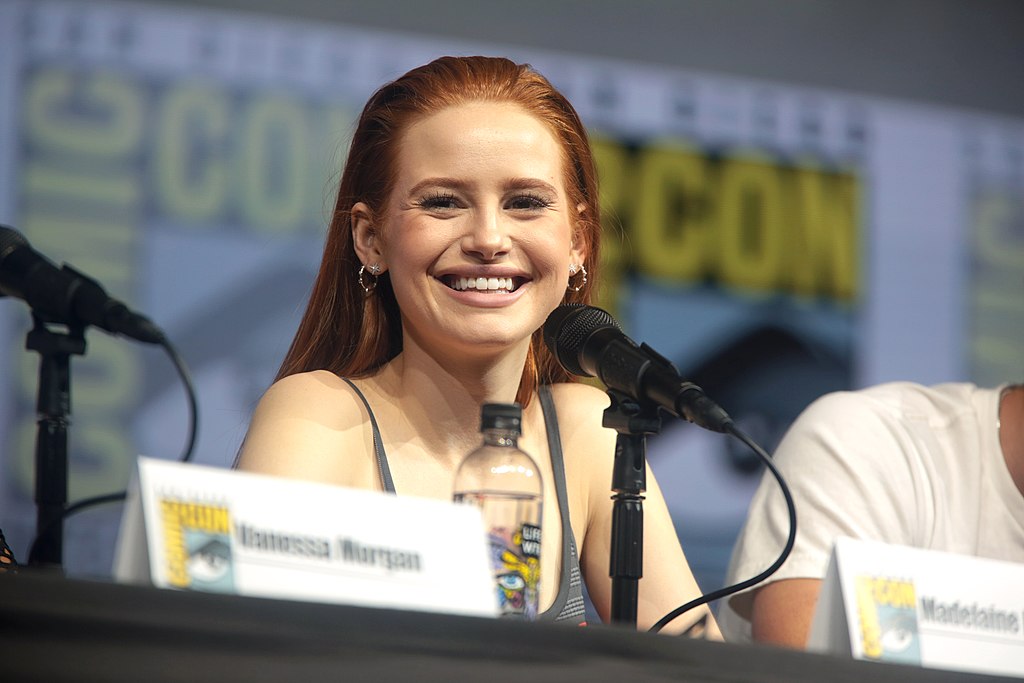 This is a part of Travis Mills' message as he confirms the end of his relationship with actress Madelaine Petsch, also known as Cheryl Blossom of "Riverdale."

Mills' public confirmation came a few hours after news broke that he and the 25-year-old actress decided to call it quits due to unspecified reasons.

The split-up speculations started earlier this month when Madelaine was seen escort-less in several Oscars party. She would often have the 30-year-old Travis as her arm candy during awards night (and award shows' after parties), but the "MTV Ghosted" host's absence in several events convinced fans that the two had broken up.

Madelaine and Travis fueled speculations when they did not post anything about each other last Valentine's Day.

A source also told Us Weekly that the "Instant Mom" actress recently moved out her stuff from Travis' apartment in Los Angeles.

In an Instagram post, the "She Got A" rapper broke his silence about the breakup rumors. He began by saying that he has been trying to write and revise the message for the past few days.

"I've had to accept there's no possible way to capture a love of this scale or its significance to me, in a few paragraphs," Travis wrote alongside a sweet photo of him and Madelaine.

The duo has always been Instagram fans' favorite couple, even being tagged as #CoupleGoals because of the sweet snaps that they share online. Travis also said that the behind-the-scene of their public relationship had been the most "non-superficial and grounding experience" he had in his life.

"While it pains me, our journey has come to a close, I mean it when I say I'm so incredibly grateful to have shared the last three years with someone as compassionate, smart & wonderful as Madelaine" Travis continued. He added that the growth he had while in a relationship with the actress is something that he would not trade for anything.

Speaking of being a famous online couple, Travis added: "I wish our lives really looked like a google image search of our names.⁣⁣⁣⁣"

But at the end of the day, Travis said that they are both hard-working individuals who had to deal with their own dramas in life.

"While I'm holding back tears, I'm excited to see what you do next. I'll always have your back," he added.

The most heart-breaking part of Travis' message is confirming that he will never delete any of their photos on his social media accounts because he does not regret any single moment of their relationship. ⁣⁣⁣⁣

View this post on Instagram
Been writing, and re-writing this the last few d⁣ays⁣⁣ ⁣⁣⁣⁣ I've had to accept there’s no possible way to capture a love of this scale or its significance to me, in a few paragraphs. That said, I'll try, because so many of you supported us over the years like a family would. So here it goes-⁣⁣⁣⁣ ⁣⁣⁣⁣ Our relationship has been in the public eye for the last 3 years. What’s ironic about my most public relationship is that behind the scenes it was the most non-superficial & grounding experience in my life. While it pains me our journey has come to a close, I mean it when I say I’m so incredibly grateful to have shared the last 3 years with someone as compassionate, smart & wonderful as Madelaine. The personal growth made possible by our time together I wouldn’t trade for anything.⁣⁣⁣⁣ ⁣⁣⁣⁣ Red carpets, parties, photoshoots, TV etc create this alternate reality where we are one-dimensional people, free of real world challenges, kicking our feet up, waiting for the next big job. I wish our lives really looked like a google image search of our names.⁣⁣⁣⁣ ⁣⁣⁣⁣ In reality we're ambitious & hard-working individuals, dealing with rejection, in different states/countries, wondering what the next best move is, trying to see friends/family, take care of our dogs, answering an ocean of e-mails, balancing REAL LIFE & doing it all while being separated by it.⁣⁣⁣⁣ ⁣⁣⁣⁣ There’s a ton of privilege being able to do what we do, but there’s a mountain of challenges. That said we were in it together. It challenged me, kept me honest, made me more compassionate, and helped me do some very necessary growing up. The highest highs were made better, the lowest lows were livable, because of her. I’ve learned so much about myself & life from that unconditional love and support.⁣⁣⁣⁣ ⁣⁣⁣⁣ While I’m holding back tears I’m excited to see what you do next. I’ll always have your back.⁣⁣⁣⁣ ⁣⁣⁣⁣ Trying to capture the gratitude, love & pain in a few paragraphs, is impossible.⁣⁣⁣⁣ ⁣⁣⁣⁣ I’m not deleting any of our images, I regret nothing.⁣⁣⁣⁣ ⁣⁣⁣⁣ It’s a sad world when sites, blogs, & media try to profit off our pain. Please be respectful.⁣⁣⁣⁣ ⁣⁣⁣⁣ Thank you from the bottom of my heart for the support A post shared by  Travis Mills (@travismills) on Feb 20, 2020 at 9:16am PST

"Trying to capture the gratitude, love & pain in a few paragraphs, is impossible.⁣⁣⁣⁣ I'm not deleting any of our images. I regret nothing⁣," Travis said.

In the end, he also expressed gratitude to the fans and followers who supported the journey of his three-year relationship with Madelaine.

As of writing, the actress has yet to comment on the split-up and Travis' message. However, it is undoubtedly a sad turn of events considering the beautiful relationship they had.