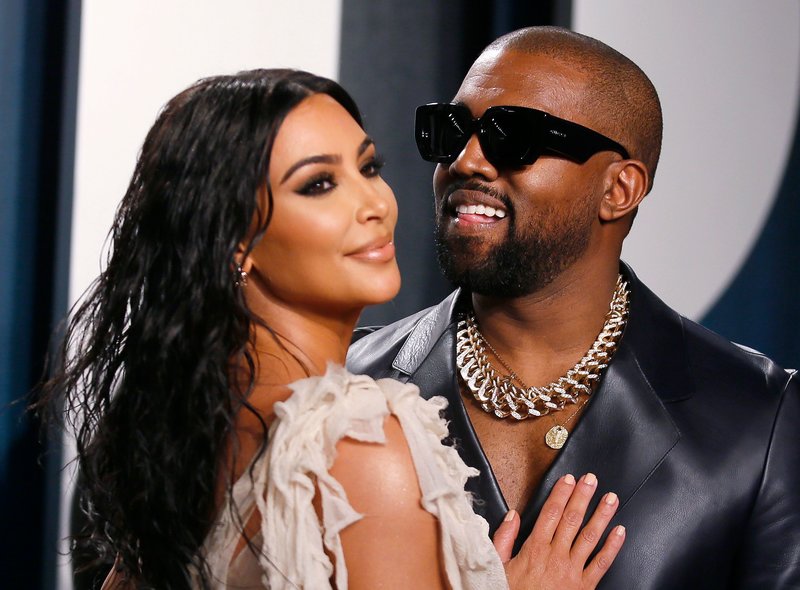 Did Kanye West enjoy his PDA moment with Kim Kardashian so much that he forgot to be a gentleman afterward?

On Wednesday, Kim posted another rare PDA with Kanye on her Instagram Story, just a few days after they attended the NBA All-Star Game last weekend.

However, what seemed to be another sweet post by Kim ended up becoming just an awkward scene.

In the video, the camera lens focused on the couple riding the elevator and making out inside. But as soon as the door opened, the 42-year-old "Can't Tell Me Nothing" rapper flashed a grin before he walked out and left Kim to carry all their shopping bags alone.

Hollywood Unlocked added fuel to the fire after they wrote in the caption that Kanye and Kim were  "packing on the PDA in the elevator...until he left her with the bags."

View this post on Instagram
#PressPlay: #FlirtAlert #KanyeWest and #KimKardashian packing on the PDA in the elevator...until he left her with the bags (swipe left) : @teamkanyedaily A post shared by  HOLLYWOOD UNLOCKED (@hollywoodunlocked) on Feb 19, 2020 at 7:42pm PST

"I really hate the fact he didn't get the bags," one fan shared.

Another one focused on Kanye's "badass gesture" and said, "Lol....Kanye had zero Fuks....He was like Dem your bags u can take them and with a smile on his face."

Despite all of the negative comments, some Instagram users believe it was only a publicity stunt -- which was why Kanye seemed to be  "dissing" the "Keeping Up With The Kardashians" star in real life.

"Literally ALWAYS for a photo or video. They always look so forced like it's all for the camera. No thanks," one user replied.

Whether they did it genuinely or not, fans still cannot forget the fact that it was the second time this week that the couple made it to the headlines because of their awkwardness.

On feb. 16, they took the spotlight after they became the most awkward couple yet to be featured on a kiss-cam.

The rapper snubbed his wife and refused to kiss her back when the kiss-cam pointed at their direction. The KKW Beauty mogul decided to give him a smooch on his cheek instead since it was clear that he would not kiss her at any moment.

Kanye also got slammed after the clip went viral, but one fan suggested that Kim is only concerned with the mental health status of Kanye and his overall being.

Not Really In Love?

Since Kim and Kanye got the netizens' attention for numerous times now, Wendy Williams appeared on the frame and stated her  opinion about the couple's relationship.

During the recent episode of her The Wendy Williams Show, the host played the clip of the elevator incident and commented that Kanye and Kim have no romance in their relationship.

"I've met five year olds who would help a woman with their bags and also push the elevator button and keep the elevator open," Wendy said, indirectly roasting the rapper. She added that the two looked like they staged the elevator clip since there was a camera.