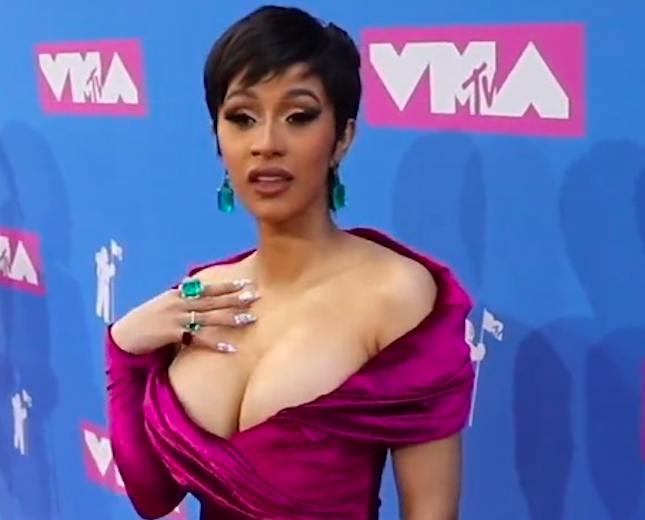 Cardi B is one of the latest celebrities to support the trans daughter of NBA player Dwyane Wade publicly.

The singer-rapper took to Instagram Live to express her feelings regarding Zaya, Wade's 12-year-old child.

"Before you say your opinions and everything, let's not forget that this kid could be very, very sensitive," she said.

Cardi also responded to those saying Zaya is too young to transition, questioning how young children could be to decide to transition.

"I feel like people are saying that this kid is too young to transition, but it's like, how old is too young? If you are born thinking that you are a boy in a girl's body, how old do you have to be to keep knowing that that's who you are?" Cardi B added.

The "I Like It" rapper continued by saying that age has nothing to do with a person knowing what their gender is, adding that some people are just "old school" and might not be comfortable with the thought.

Cardi B went on to explain her thoughts on kids who transition early and said she thinks it is better for people to start living their truth at a really young age rather than later, saying, "What's the point of you being older and then transitioning and be like, 'I should've done this. I could've been found my happiness.'"

Cardi B also quoted Lady Gaga's song, "I was born this way."

The rapper's pro-trans rights rant went on for over four minutes and included a lengthy portion also directed at those who think Wade should have kept Zaya's identity private.

She explained that holding a secret feels like a burden, so "might as well free and let it out." Additionally, Cardi B also suggested people should educate themselves about the lives of trans.

Her Instagram live is also in response to the backlash Dwyane Wade and Gabrielle Union received for allowing Zaya to transition.

American rapper Boosie Badazz spoke out in a transphobic rant on Instagram on Tuesday, saying that Wade has "gone too f****** far."

During a "Good Morning America" appearance on Tuesday, Wade opened up further about his daughter coming out. He revealed that Zaya had known it for nine years, meaning she has known it since she was three years old.

Wade admitted that they have questioned Zaya's appearance along the way and have learned, but Zaya has already known early on.

Zaya is reportedly the one who sat down with their family, as Wade quoted her saying, "Hey, I don't think I'm gay." Zaya then revealed a list of what she identifies as, saying: "This is how I identify myself, this is my gender identity. I identify myself as a young lady. I think I'm a straight trans because I like boys."