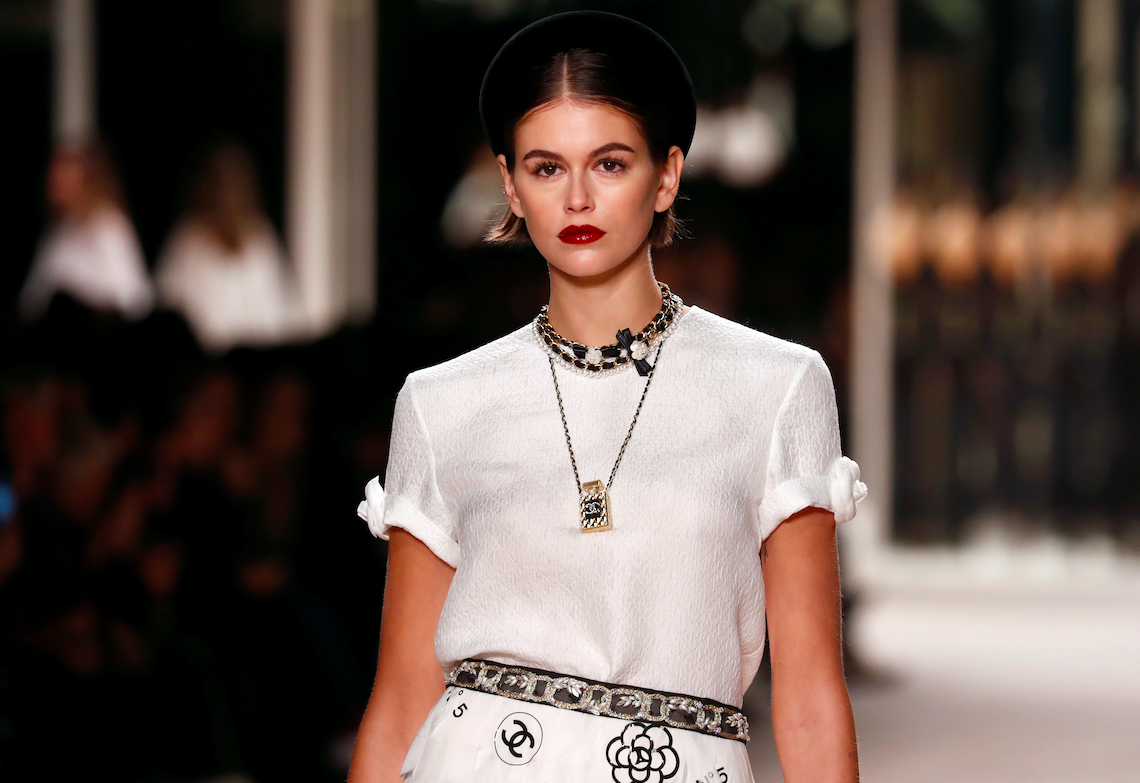 Pete Davidson has opened up about his split with supermodel Kaia Gerber.

The comedian had a sit-down interview with Charlamagne Tha God for his YouTube show "Live Your Truth." In the interview, he discussed his relationship with the 18-year-old model whom he dated in late 2019 and early 2020.

"We were dating for a few months, and she's very young. And I'm going through a lot," Davidson explain.

The "Saturday Night Live" star wanted K.G. -- as he referred to her -- to be have fun and not "worry about some dude who has issues."

Davidson added that "it wasn't just the right place or the right time."

Pete Davidson went to rehab after their relationship ended in January. He sought treatment at the Sierra Tucson center in Arizona.

Page Six also reported that the relationship became too overwhelming for Kaia. A source close to the ex-couple told the news portal, "Pete has a certain M.O., and he's very intense to girlfriends."

Pete revealed to Charlamagne that he cries a lot and get into deep conversations, adding: "I like to meet your family. I like to know who you are."

He even admitted that he seems "a lot" for his relationships, but that is only because that is how he was raised. "I love love. That's how I grew up. Just my mom, my sister, I didn't have a man around the house. That's all I ever wanted."

While photos of Kaia's parents (Cindy Crawford and Rande Gerber) outside the model's apartment went viral and caused some panic last December, Davidson claimed that the parents were just there trying to help him. He admitted that Cindy and Rande are "all cool" and have been "really helpful."

As reported, the comedian and Kaia were first linked in October, but fans speculated their relationship had cooled off by January after they had not been seen together in weeks.

"She would even tell you this, I was like, 'Listen, I get it, do whatever you've got to do, I'll be here,'" Davidson shared.

Pete knew that Arianna "loved the s*** out of Mac Miller" that he even went on to say, "I'll be here until you don't want me to be here."

At that point, he just knew that his relationship with the "Thank U, Next" singer was over.

Pete is reportedly going to take a break from the dating scene for a while to focus on himself. He noted, "Unless I meet the love of my life. I'm pretty done with dating. I'm going to try and stay away from that. It's just a lot."

That being said, the comedian learned a lot from the "awesome chicks" that he has been with. He even praised a few of his exes.

Pete described Kaia Gerber as "beautiful" and "smarter than me." As for Margaret Qualley, he thinks she will win an Oscar.

Meanwhile, he called Cazzie David "one of the funniest people I've ever met."

On the other hand, Kate Beckinsale is "f******* legendary because his uncles freaked out" when they found out he was dating her.