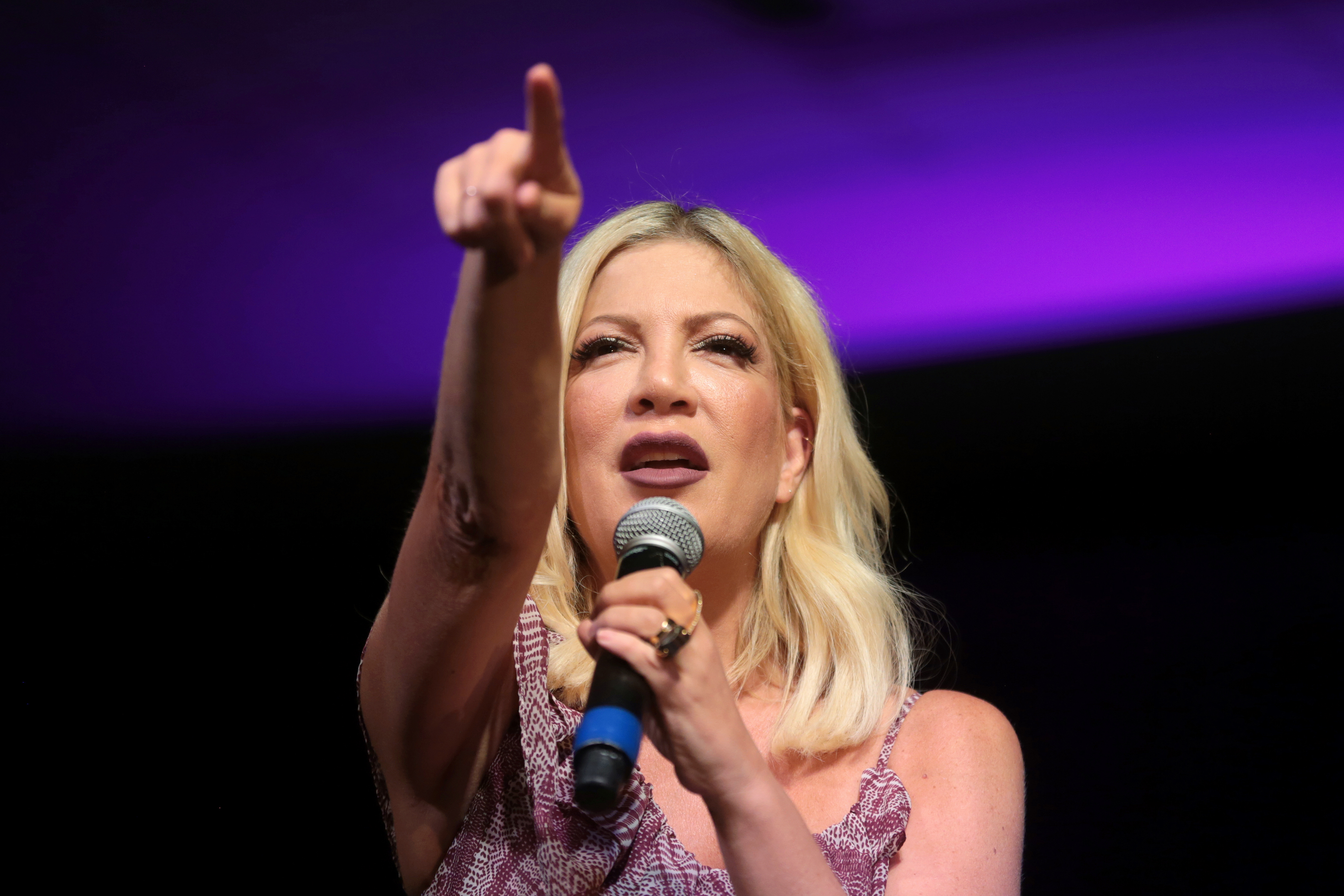 It is undoubtedly heartbreaking for a mother to find out her kids are being bullied. That is exactly what actress Tori Spelling is feeling after opening up on a very personal and painful subject about her two oldest children.

The "Beverly Hills 90210" star posted a throwback photo of her kids, Liam (now 12) and Stella (now 11) when they were only two and one years old, respectively.

"My two 1st born.. they have been thru so much bullying. I can no longer not share and express ourselves," Spelling started on her caption.

Tori went on to detail her daughter's experience with bullying throughout her entire childhood.

"Between her last year at her elementary school or the 1st year at her middle school, this human has endured enough bullying for a lifetime," Spelling furthered.

The 46-year-old mom of five continued that at her old school, administrators told her that Stella was only "playing the victim" and that the bully's affluent parents assured there were "never any consequences for his actions."

Despite the bully's parents' plea that their kid is going to change, "he never did."  With that said, Spelling revealed they moved their daughter to a new school which "professed feelings and kindness as a priority."

Unfortunately, the bullying continued and has gotten so bad. Spelling said that Stella was bullied for her weight and "sexual things" that her daughter did not even know about.

"This school did the right thing and expelled the boy, but the damage has been done," Spelling continued.

Because of the toll the bullying has taken on her daughter, Tori said that "she now associates her education with boys that have been so horrific to her."

Spelling added that Stella now has panic attacks and does not want to return to school.

"She wanted to empower others girls and be a business leader. She now has panic attacks and doesn't want to return to school. This girl, 2 years ago told me she wanted to be President or work to empower women daily," Tori furthered, highlighting how traumatized her daughter is after all the bullying.

What Happened to Liam?

Things were not much better for Stella's older brother, Liam.

Though he graduated in the same school Stella attended, his principal told Tori and husband Dean McDermott that their son Liam was "unmotivated and lazy."

"Poor guy thought from the way she treated him that he was 'stupid,'" said Spelling who went on to deny the criticism and called his boy "hilarious, smart, outgoing and creative kind guy."

Liam was also bullied to the point that he "developed severe emotional-based headaches and stomach aches." Because of the constant bullying, Liam also left the school.

Tori confessed that she was hesitant in posting the bullying of her children because she is a celebrity, believing that they are judged for "having the same problems others have."

She finished off her post with the hashtag #worriedmomma.

This is not the first time Tori talked about what people are talking about her kids.

The "Beverly Hills" alum revealed to Us Weekly that there are body-shaming comments made toward her children.

Spelling said it is not easy and the negative comments are a "waste of time," adding that celebrities have feelings too. However, she highlighted that when critics go after their children, it is already crossing the line,

"It's just wrong and shame on you," Spelling said.

Recently, Tori Spelling also made headlines for criticizing the Academy Awards for leaving her father, Aaron Spelling, and "90210" co-star Luke Perry out of the "In Memoriam" segment of the Oscars.

Writing on Twitter, she said: "Two of the most creative and talented men I have ever known, loved, and lost, have not been mentioned in the #oscars Memoriam."