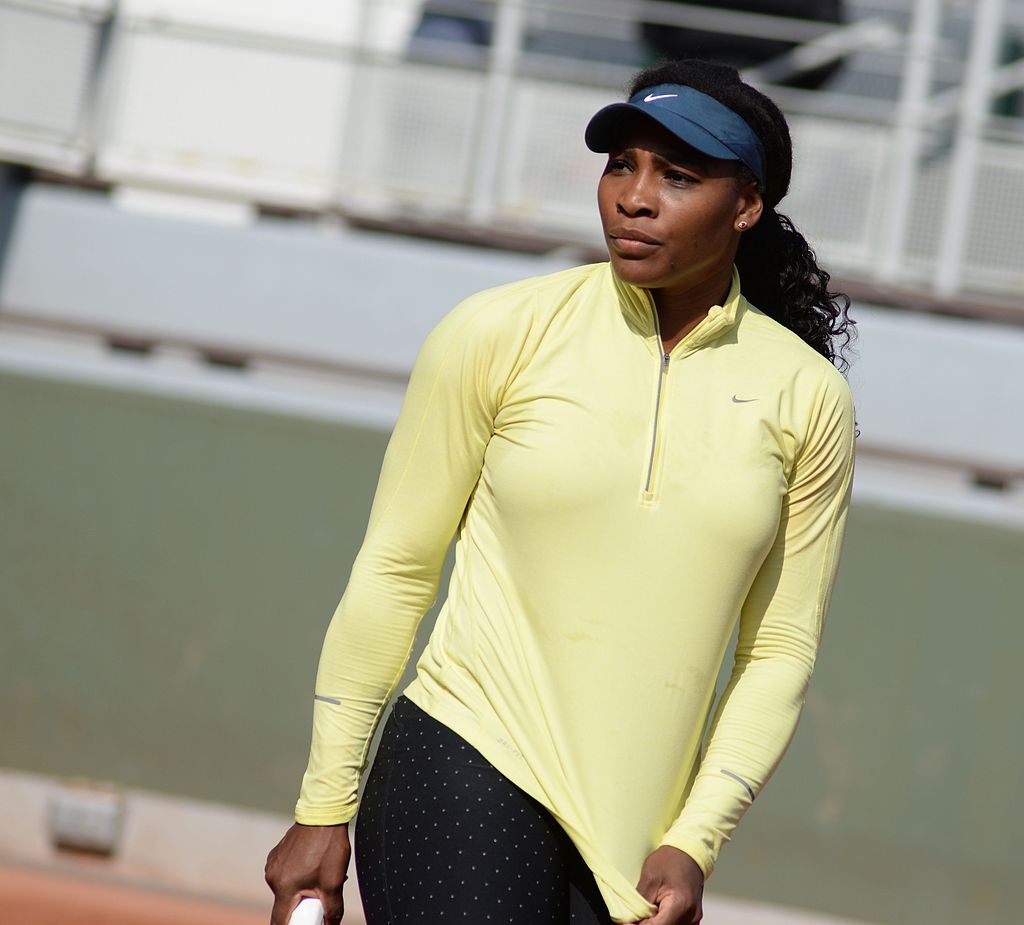 Serena Williams' husband Alexis Ohanian shared an adorable video of their two-year-old daughter Olympia, who is probably the only kid in the world who does not enjoy the rain too much.

The 36-year-old dad took to his Instagram on Feb. 22 to document the rain that started pouring as they were outside picking mangoes.

Olympia was dressed in a yellow tutu and rocking a sweet afro puff. When the raindrops started to fall, Serena Williams' daughter has a bit of a freakout.

"Rain, papa! PAPA!" she yelled. In the background, her dad funnily replied, "It's only raining a little bit," to soothe her.

But then, he immediately noticed the rain getting harder, so he told his daughter, "Oh yeah, no. Now it's raining a lot. The mango is coming in," adding as one of the fruits on a branch distracted him.

Alexis then called his little girl -- who was at that point running in circles and unsure of what to do -- to go inside with him. However, just when they were running, Olympia's dad realized that they forgot something.

"What about the wagon? Come on! Get in the wagon!" the doting dad exclaimed. Olympia quickly obeyed.

It seems like Serena Williams and Alexis Ohanian have their life together figured out. Still, in a recent IG post, the award-winning tennis player opened up about the struggles of being a working mom.

"I am often exhausted, stressed, and then I go to play a professional tennis match. We keep going. I am so proud and inspired by the women and who do it day in and day out," the 38-year-old star captioned an image of herself without makeup and holding her sleeping daughter.

She finished off her post with, "I'm proud to be this baby's mama."

The 23-time Grand Slam tennis player has also revealed previously that her heroes are working moms. In a conversation with Anna Wintour at the "S by Serena" New York Fashion Week presentation, she said her heroes are moms because women are superheroes.

While her schedule is demanding as an elite professional athlete, Williams has realized she is lucky to be able to make her schedule and have a lot of flexibility around competitions.

"To have a baby and then have to go to work two or three weeks later or work a 9 to five, I'm fortunate not to have to do all that," Serena said.

She also revealed that it breaks her heart women work day in and out to provide for their families, sharing her experience. She noted how hard it is for her to leave her daughter before highlighting that "women need to be recognized."

When it comes to balancing motherhood and work, the tennis superstar says she is just like any other mom.

"You have to keep going. Just when you thought you couldn't do it anymore, you kind of close your eyes and go for it," Williams said.

The mother of one has been vocal about her motherhood journey, opening up about her battles with mom guilt and difficult delivery. Nonetheless, she admitted that the vulnerability of being a mother surprised her the most.

"As an athlete, you can't be vulnerable. You have to be strong. But as a mom, you're completely vulnerable to anything."

READ MORE: Pete Davidson Admits He Is to Blame For Split With Kaia Gerber