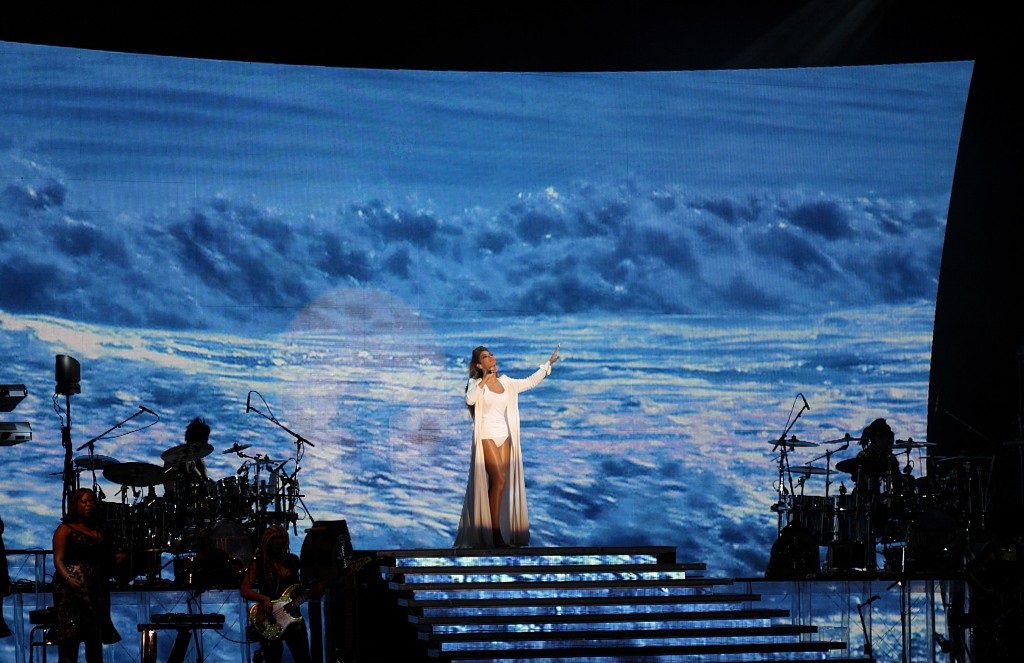 Being one of the most popular and top-billed artists of this generation, Beyonce Knowles-Carter sure knows how it feels to receive applause and standing ovation for her performance.

During Monday's memorial service for the late NBA legend Kobe Bryant and his daughter Gianna Marie, Queen Bey did not just receive a round of applause but massive praises for showing utmost respect during her performance.

In front of 20,000 people who gathered to celebrate the life of Kobe and Gianna, the 38-year-old singer opened the memorial service by singing her 2013 hit song, "XO."

"I'm here because I love Kobe," Beyonce said, adding that the song that talks about appreciating every minute with your loved ones is one of Kobe's favorite songs.

The Queen of R&B then encouraged the crowd to sing with her out loud, so Kobe and Gianna will hear the love up in the heavens.

Beyonce's performance was flawless as usual, but she particularly got praises for being mindful of the words she uses on the song to avoid hurting the feelings of Kobe's family and the rest of the mourners.

While singing with the choir and musicians, viewers noticed how the singer replaced some parts of her song to prevent triggering painful emotions.

In her first song "XO," instead of singing the original lyrics that say "crashing into you," Queen Bey changed it with "laughing into you."

She also swapped the line, "You kill me boy XO" with "Just kiss me, boy XO."

Beyonce followed it up with a beautiful rendition of her 2008 hit song "Halo" -- a song that was inspired by a choir of angels as per songwriter Ryan Tedder.

Tribute But Make It Fashion

The "Single Ladies" hitmaker moved everyone to tears with her heartfelt performance. But this is not the only way Beyonce honored Kobe and Gianna during the #TwentyFourever celebration.

Instead of wearing a default all-black ensemble for a memorial service, Quee Bey chose to wear a matching tailored gold suit and paired it with gold and purple jewelry. It is a tribute for Kobe's legendary performance as a Lakers player. She topped the gold suit with a tiny button that reads "KB.

Beyonce also custom-painted her nails in color purple with Kobe and Gianna's name on it.

Prayers for the Black Mamba's Queens

When the news broke that Kobe and Gianna died in a tragic helicopter crash on January 26, Beyonce was also one of the first celebrities who took to Instagram to express her condolences to the Bryant family.

Queen Bey gave a special shout out to the ladies in Kobe's life, saying: "I will continue to diligently pray for your Queens. You are deeply missed beloved Kobe."

She wrote it alongside a sweet photo of the father-and-daughter tandem where Kobe is kissing Gigi's head.

Beyonce and Her Diva Rules

After the celebration, the singer was criticized for implementing a "no picture policy" during her performance and entire stay at the Staples Center in Los Angeles.

According to reports, editors from the Associated Press and Getty Images confirmed that the organizers prohibited them from taking photos of Beyonce and the Byrant kids.

"A Staples Center staffer was dispatched to make sure not a single camera was focused on the stage. The photographers couldn't believe it," a source told Page Six.

Later that day, official photos of Beyonce's performance were posted on her website, beyonce.com.