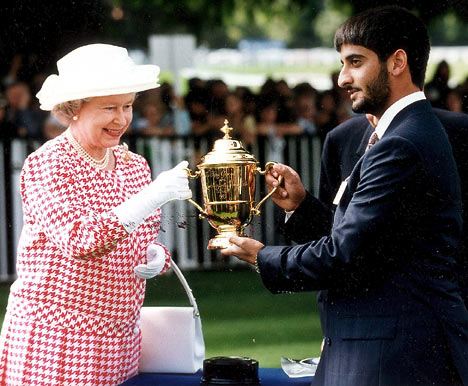 Queen Elizabeth II knows exactly how Prince Harry feels about always being the second. After all, she saw her sister Princess Margaret go through the same thing.

The members of the royal family were surprised when the Duke and Duchess of Sussex made the now so-called "Megxit" announcement through their social media account. Everyone thought the Queen would be more vocal of her disappointment of what happened, but instead, she remained regal.

Although she came out in the public saying that she is in full support of Prince Harry and Meghan and their decision to seek another path with more financial freedom, the Queen certainly could never imagine herself taking that path.

She is one of those royals who put her duties before everything. "The Queen will be very disappointed," royal historian Robert Lacey shared with People, referring to the "Megxit" scandal.

Lacey furthered that it is the Queen's job to survive and ensure that the monarch lives on.

However, the Queen's experience with her sister Princess Margaret may just be what influenced her decision to let Prince Harry go. Her first encounter with an unhappy royal who just wanted to seek what is out there for them on their own was with her sister.

"The Queen was close to her sister and seeing the same drama and feeling the same tension from the royal family two generations ago may have given her more sensitivity to what Prince Harry is going through," Lacey furthered.

Living in the Shadows

Princess Margaret is the younger sister of the now Queen Elizabeth II. Apparently, she struggled  always being in the shadow of her older sister.

"The younger sibling syndrome is a recurring problem," Lacey said. "The system nor the practices of tradition has not found a way to give them the recognition that they deserve."

The royale xpert noted that the problem does not go away when the children grow old. In fact, it becomes even more complicated. Until Elizabeth gave birth to heirs, Princess Margaret could have been a future Queen, too.

"It is a family problem that has been passed on from generation to generation," Lacey pointed out.

However, growing up in the shadows of his brother was not the worst that happened to Harry. Growing up thinking he would only be second-best in everything was and still is.

Taking On a New Path

The progressive new role of Prince Harry and Meghan Markle and the arrangements it came with will be reviewed after a year.

"The Queen simply refuses to dwell on the exit," royal biographer Ingrid Seward said. "She has remained very pragmatic that things will change in the future. The condition for a review at the end of the first year was meant for Harry."

The Queen did not want to leave Harry unhappy with the royal family. She has allowed him to pursue what his heart desires. But as the Queen, she wanted to reassure them, especially Harry, that he has the royal family to come home to.