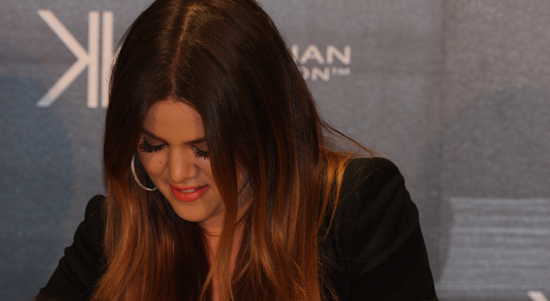 It is no doubt that the Kardashian-Jenner clan had been and will always be the OG queens of Instagram, especially with the number of sponsored content they feed their millions of followers.

But it looks like Khloe is up for a competition and putting her Instagram spon-con game to the next level.

However, instead of getting massive ROI, the 35-year-old TV personality earned massive trolling from the internet.

On Wednesday, the "Keeping Up With The Kardashian" star took to Instagram to share a sexy photo of herself while lounging around a cozy bedroom. Khloe is wearing an oversized buttondown shirt and sporting her sleek blonde bob.

While the photo could be applauded for good composition and lighting, social media users could not help but get baffled by the different household cleaning products surrounding her. She even holds one on her right hand!

"The best ever," Khloe wrote before plugging the brand Febreze.

"I've used @Febreze Fabric on my bed for years. Try it out and let me know what you think?" she added with a crown emoji and a link her favorite scent.

What is more interesting is that some of the odor eliminator product comes in a bedazzled bottle.

The post came alongside another photo of Khloe showing off her long legs with more Febreze product and a mountain-view backdrop. There's also a closeup shot of the fancy linen spray bottles wrapped in blue and pink sparkly beads.

While Khloe's photo and intention are pretty pure and wholesome, Instagram users could not help but troll about the absurd fact that a Kardashian is promoting a household cleaning product.

One IG user commented: "Do you actually expect anyone to BELIEVE you spray your own bed (Or even make it)?"

Another one suggested: "Why don't you just wash them?" pertaining to washing Khloe's bed linens.

On Twitter, a user expressed concern over a Febreze employee who probably stayed up all night putting fancy blings for Khloe's air freshener.

"Tonight I'm thinking about the Febreze intern out there who had to sit and bedazzle these bottles for Khloe Kardashian," the Twitter user said.

Meanwhile, some followers skipped the trolling and went all serious, raising awareness about the "harmful chemicals" that this type of product has.

"You guys will literally promote anything for money regardless of how negative the impact-toxic filled spray. Do your research!" an Instagram user commented. "Can you imagine all of the chemicals you're breathing in while you sleep?" another one added.

Hey, at least Khloe gets paid for this ... and we are pretty sure it is A LOT. Also, who does not want to get paid millions for a single post with glittering linen bed spray, right?