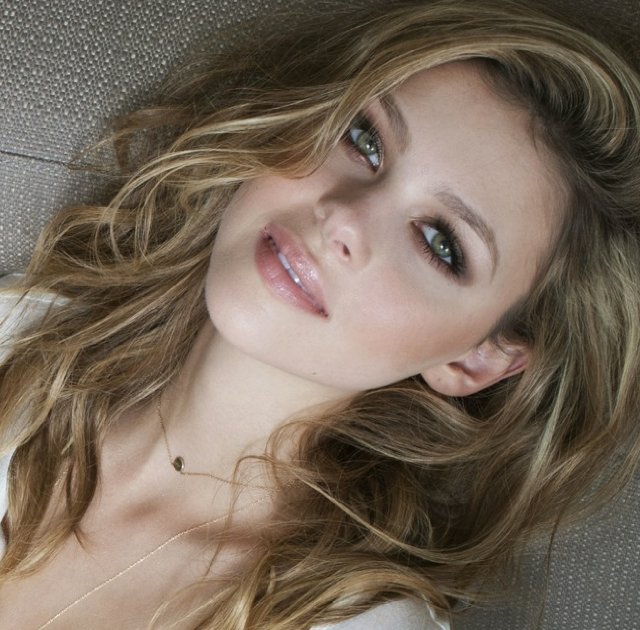 Hollywood young lovers Brooklyn Beckham and actress Nicola Peltz throw some major #RelationshipGoals as they are out-and-proud of their blossoming romance.

The whole Beckham squad, including the "Bates Motel" star, was in full support for dad David Beckham, as the former soccer icon and his team Inter Miami CF debuted in Major League Soccer (MLS) in Fort Lauderdale.

Later that day, the British model and photographer took to Instagram to share snaps of him and the 25-year old actress. The couple got touchy as Beckham wrapped Peltz around his arm.

"What's Mine Is Yours Baby," Beckham captioned in his IG story along with a photo kissing Nicola.

Both Peltz and the young Beckham shared a series of Instagram photos and showed how they are truly, madly, deeply, in love with each other.

View this post on Instagram
I promise to always take care of you and to love you with all my heart ️️ A post shared by  bb (@brooklynbeckham) on Feb 29, 2020 at 10:37am PST

"I promised to always take care of you and to love you with all my heart," the 20-year old model captioned his Instagram post as the couple kiss while Peltz slightly glancing at the camera.

"I love you," Peltz replied.

Another photo was posted by the blonde beauty as she was seen staring at Brooklyn while they sit in a car. Brooklyn's parents, David and Victoria Beckham, were also seen in the background.

The young couple's relationship sparked in October of last year.

Just recently, Brooklyn and Nicola made the headlines as rumors circulate that wedding bells might be ringing anytime soon.

It was after Heat Magazine reported that the Beckhams' eldest son is ready to propose to his girlfriend of five months.

"After his last relationship [with model Hana Cross], Victoria is just so happy that Brooklyn is with someone who she considers the perfect match for him," the insider claimed.

"Nicola is beautiful, rich, well brought up, ambitious, hardworking and so respectful - and gets on great with her. It's the first girl that Brooklyn has been with that Victoria is thinking 'nail that down', she just doesn't think he could find anyone more perfect," the source added.

Before Brooklyn's love affair with Nicola, he was said to be dating British supermodel and "It" girl Hana Cross. Their fiery relationship ended after nine months of being together.

Following their split, it was reported that Brooklyn's A-lister parents were delighted and relieved that his relationship with Cross has ended.

As cited by a source of news outlet The Sun: "Brooklyn and Hana have called off their romance for good. David and Victoria are very glad and relieved and are backing him 100 percent."

Aside from Cross and hid current girlfriend Nicola Peltz, Brooklyn was also involved in a string of past flings.

It was said that one of Brooklyn's most high-profile love affairs was with actress Chloë Grace Moretz back in 2014. The entire relationship was on and off before they completely called it quits in 2018.

At the height of Moretz and Beckham's on-off relationship, he was linked to French actress Sonia Ben Ammar. Their relationship was short-lived and only lasted for a few months.