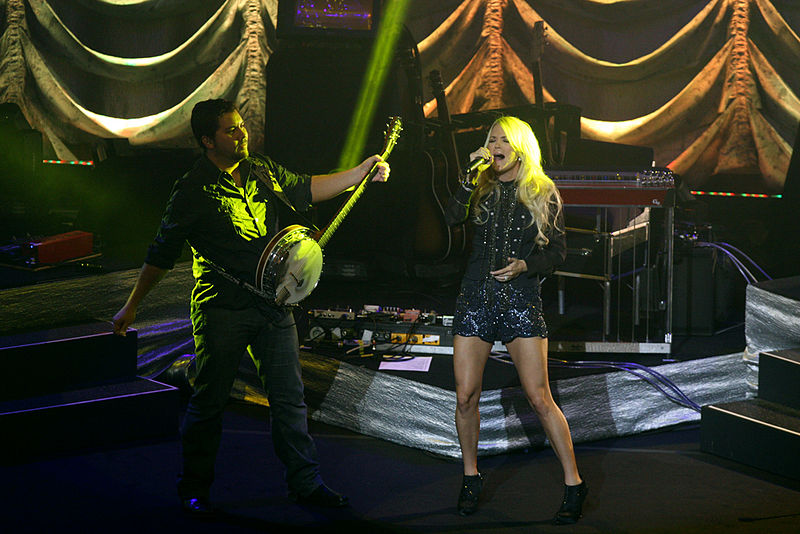 Carrie Underwood loves her new health and fitness regimen, though it took her a while to find the best program that suited her.

In her new interview with Women's Health, the haters that called her "fat" became her motivators to achieve her strong and fit body.

After being proclaimed winner of the fourth season of "American Idol," Carrie Underwood and the other contestants went on a tour. That was when Carrie began to be more aware of what she is putting in her body.

Things started to fall into place during the first few days of her lifestyle change. Carrie was sleeping better and admitted having more energy for their grueling schedule. However, one day, she woke up and told herself she needed to push herself more.

Underwood took a huge step in changing her diet. She started to count calories and made sure she only consumed 800 calories a day. She noticed a huge change in her energy, but it came with some serious repercussions as she struggled to maintain the diet.

There were a lot of times she had to break up her diet. In fact, she ate more than she should a lot more often.

"I would fall off the wagon and get up and try again," Carrie revealed. It became a cycle and she knew she needed help.

With the help of her personal trainer, Ever Overland, and her nutritionist, Cara Clark, Carrie was able to make a complete guide for her diet and fitness journey. The tandem taught her what she needed to know about her body.

Growing up in a cattle farm in Checotah, the 2005 "American Idol" victor decided she wanted to be vegetarian at the age of 13. Although she never really engaged in a serious exercise regimen, she never felt insecure.

Even at a young age, Carrie was comfortable with her skin and her body. However, everything changed when "American Idol" thrust her into stardom.

The message boards of the show started to get to her and took a toll on her self-esteem. In the interview for Women's Health, the singer recalled reading the comment "Carrie's getting fat" on one of the fan sites during her time in the singing competition.

While she never really took it against her, the singer admitted that it did affect her in one way. Such unwarranted criticism became an eye-opener.

"I shouldn't care what other people think of me," the "Drinking Alone" singer shared. However, Underwood revealed that the hurtful words pushed her to be more health-conscious. It became the catalyst for the big change she was to make in her life.

"I was tired, I kept buying bigger clothes," Carrie recalled. The young artist then knew then that she could do better for herself.

In time, Carrie was able to turn her haters into motivators.

Today, her goal is not just to lose the extra pounds or keep her body in shape. More importantly, Carrie wanted to impart the message to other women that they can make it happen too.

The mother of two never looked and felt better about her body. With the support of her husband, NHL player Mike Fisher, Carrie knows what her body needs and wants.

The Grammy-winner continues to work with the diet that worked wonders in her life.