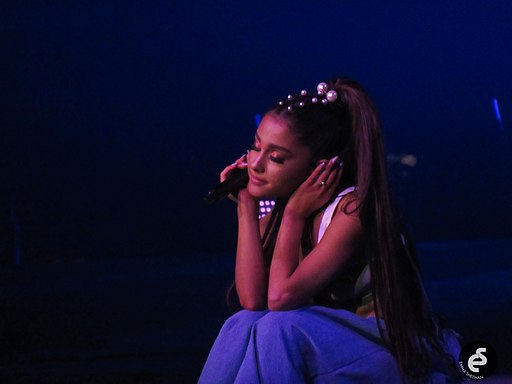 A source close to the couple told Us Weekly that they ended it a month ago despite being spotted in Disneyland together in February.

Another source told Hollywood Life that the reason for their split was after they have realized that their relationship would never become the romantic bond they expected it to be.

"It ended up not being what they had thought would happen and they are totally cool about it," the source said.

Luckily for Ariana Grande and Mikey Foster, the source said that there was "no real drama to worry about" because there are no hearts that are broken.

Apart from that, Hollywood Life also reported that the moment Grande was photographed kissing another man at a California bar in February was when Foster decided to end his relationship with the hitmaker.

A second source told the site that Foster knew the "mystery man" was not just a fling for Grande because the singer was "comfortable enough to allow him to hang with her inner circle."

Mikey reportedly has no hard feelings because he will always care about his ex-girlfriend no matter what.

The pair, who have been friends for years, was first romantically linked back in August 2019. Fans spotted the duo holding hands while in a night out in Chicago.

As soon as their steamy music collaboration for the music video "Boyfriend" was released, fans noticed how there was very strong chemistry between them.

At the time of the track being released, Ariana took to Twitter expressing how the song captures a common theme in the lives of people.

"People want to feel love but don't want to define their relationship and have trouble fully committing or trusting or allowing themselves to fully love someone, even though they want to, right?" Grande wrote.

The singer concluded that capturing something uplifting, someone should "take the leap" and just "trust."

Even Ariana's brother Frankie Grande attended to the then-swirling rumors that he approves of Mikey, who he sometimes went on a double date with alongside his musician sister and his boyfriend, Hale Leon.

Speaking to reporters in LA, Frankie expressed how he loved Mikey and he thinks he's a "really sweet guy, talented, so kind and so caring."

Later on, Frankie later took to Twitter to clarify that the "Almost is Never Enough" singer is "very much single." "My sister is not in a relationship. Everyone relax," he wrote.

Social House is made up of Mikey Foster and Charles Anderson. The musical duo also co-produced some of Ari's hit songs, such as "Thank U Next," and "7 Rings."

On social media, Mikey gushed over the Ariana a couple of times, posting a pic in February 2019 that Grande, even though she has one "dope engineer," was working after 2 a.m to do her own edits "to make sure her sh*t is right."

In another social media post, Mikey Foster posted a sweet pic of a baby Ariana describing her as "one of the most incredible people the universe has to offer."