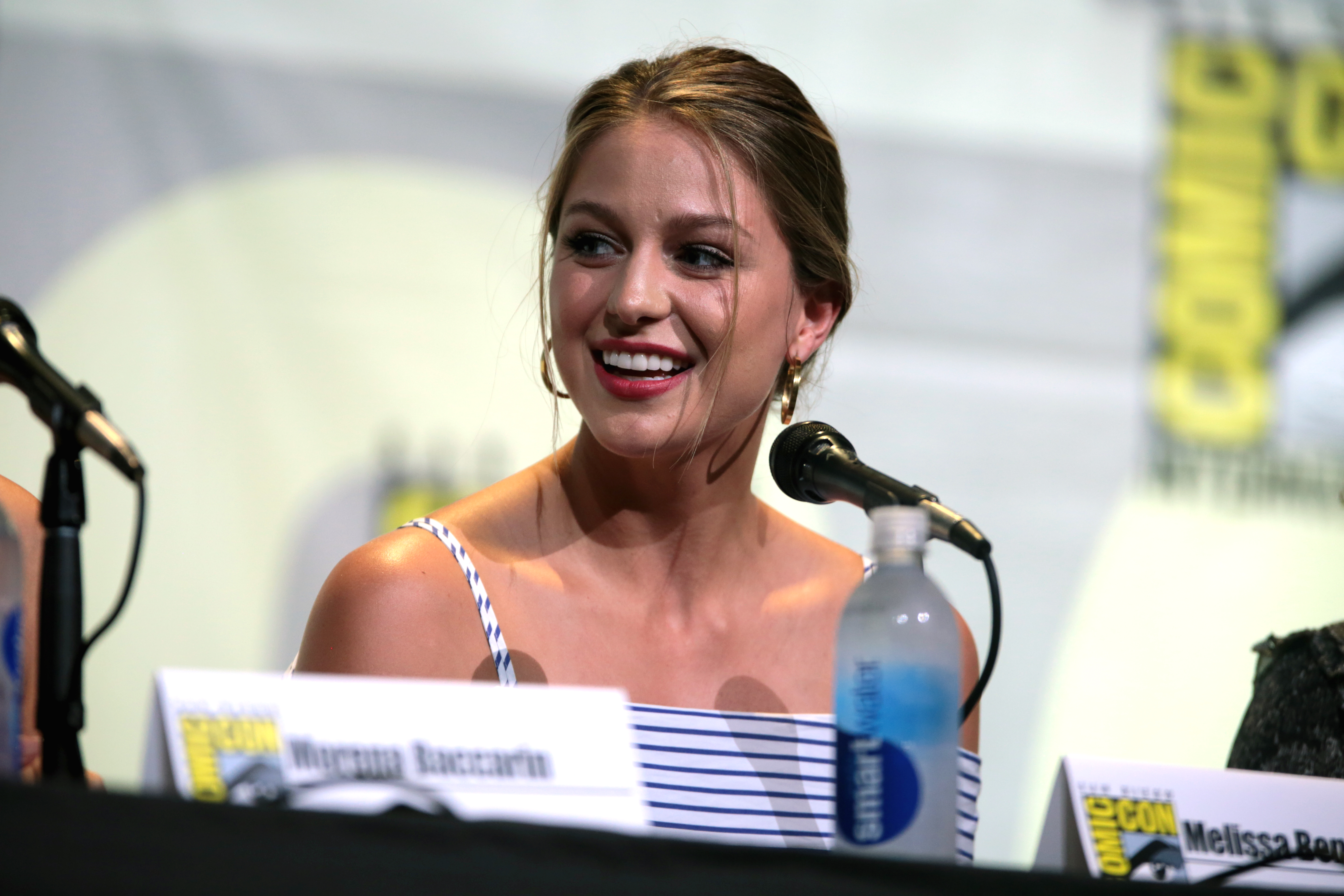 More Hollywood pregnancy announcements made it to the headlines as the first quarter of 2020 comes to end. Aside from the "Queen of the North" Sophie Turner, another female lead who is expecting their first child is none other than "Supergirl," Melissa Benoist.

The 31-year old actress might need to trade-in her superhero cape to maternity dress as she made the big reveal on social media.

Benoist took to Instagram a series of photos of her and her husband, "Supergirl" co-star Chris Wood, along with their two dogs, Drift, and Farley.

"A non-canine child is coming to our family very soon!! @christophrwood has always been an old dad by nature but now he's going to be a real one!" she wrote.

In the second photo, the couple posted a funny snap where Chris pretends to be pregnant while she hugged him romantically from behind.

Though it is not yet confirmed, the post suggests that the baby's gender might be a boy, since she was seen holding a tiny blue shirt.

The "Glee" alum announced the pregnancy news six months after she and Wood tied a knot at a private estate in Ojai, California in September 2019.

According to E News, the exchange of vows was quick but very peaceful and quiet.

"The vows were brief and lasted about 15 minutes. There was lots of cheering and applause as it ended," an insider told the news outlet.

It was said that the ceremony took place beside a pool and the overall vibe was aesthetically pleasing and homey.

"There were lots of glowing candles and lights strung above. The food was served family-style and everyone passed the dishes back and forth."

"There was a lot of laughter and happiness," the source added.

The wedding was attended by their relatives and close friends, including filmmaker Kevin Smith, actress and model, Odette Annable, and "Vampire Diaries" Paul Wesley.

Benoist and Wood announced their engagement in February 2019 through their respective Instagram accounts.

The "Supergirl" star showed off her massive engagement ring made by American jewelry designer, Jennifer Meyer and was estimated to be worth $100,000.

Moreover, the couple met on the set of the CW series in 2017, where they played love interests.

This was the actress' second marriage after her divorce with ex-husband and "Glee" co-star, Blake Jenner.

Her relationship with ex-beau started in 2013, and after two years, the couple has decided to get married.

Unfortunately, their relationship became rocky and finally calling it quits in 2016.

Their marriage only lasted for 21 months after filing a divorce in 2017, and citing the reason as "irreconcilable differences."

Fast forward to 2019, the actress posted a 14-minute video titled "Life Isn't Always What It Seems," where she revealed that she suffered from psychological and physical abuse from a previous partner.

Melissa described her abuser as "charming, funny, manipulative and devious."

Though she failed to mention any names, rumors sparked that she might be referring to her ex-husband.