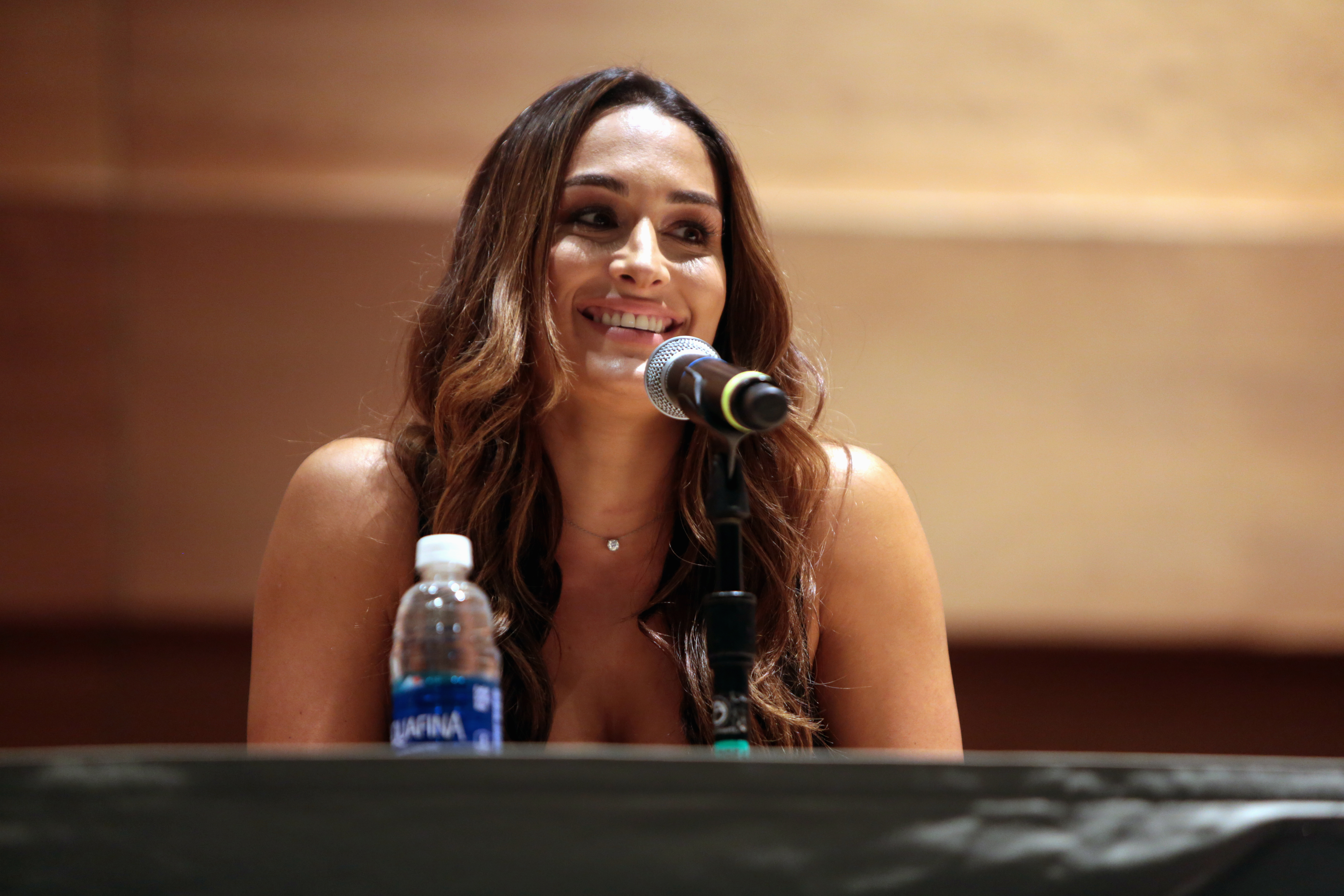 Admit it, there's a little "entertainment" when celebrities throw shade with their fellow celebrities, it's like dragging someone in the most subtle way.

Some can get away with it and as for others, well, they somehow mastered the art of "giving tea" to everyone.

However, the former WWE star, Nikki Bella shuts down rumors about the "shade-throwing" accusations against her.

In the recent episode of "The Bellas Podcast" with her twin sister, Brie she addressed that she is not dissing her ex-fiance, John Cena or anyone in her past relationships.

"I put out a tweet and it went like wildfire because there were some people and some headlines that thought I was throwing shade to my ex-fiancé, which goodness people, that was not the case," Nikki mentioned in their podcast.

"My ex-fiancé is not the only man that I have loved in this world. I was in love three times before him. He was the fourth person I loved and I have loved after him and I still love."

The 36-year-old "Total Bellas" star spoke about her frustrations of having an "overly publicized relationship."

"I think what kinda sucks is when you have a public relationship, any time I want to post a quote or I wanna share words of wisdom, everyone always thinks I'm talking about him."

Nikki assured fans that she has moved on and respected her relationship with Cena.

The WWE superstars have broken off their engagement in 2018 after being together for six years.

Fans witnessed the grand proposal when he finally popped the question at the Wrestle Mania 33. This came after Cena and Bella teamed up to beat The Miz and Maryse.

Moving On and Moving Forward

The ex-couple has already moved on since Nikki just recently announced that she is expecting her first child with Russian fiancé Artem Chigvintsev.

In her previous interview with People Magazine, the WWE star revealed that she and her twin sister are both pregnant.

"Wait, twins being pregnant at the same time?" Brie says.

The "Dancing with the Stars" couple got engaged in January of this year. Nikki and the Russian native confirmed their relationship in July 2019.

As for the five-time WWE US Champion, he is currently in a relationship with Canadian engineer, Shay Shariatzadeh.

The 24-year old Canadian met Cena on the set of comedy film "Playing with Fire." The location of the movie took place in Vancouver, British Columbia, where it said to be Shariatzadeh's hometown, and the rest was fate.